The SADC Wrap: Cholera, a Zimbabwean anticlimax, and the Church vs. Joseph Kabila 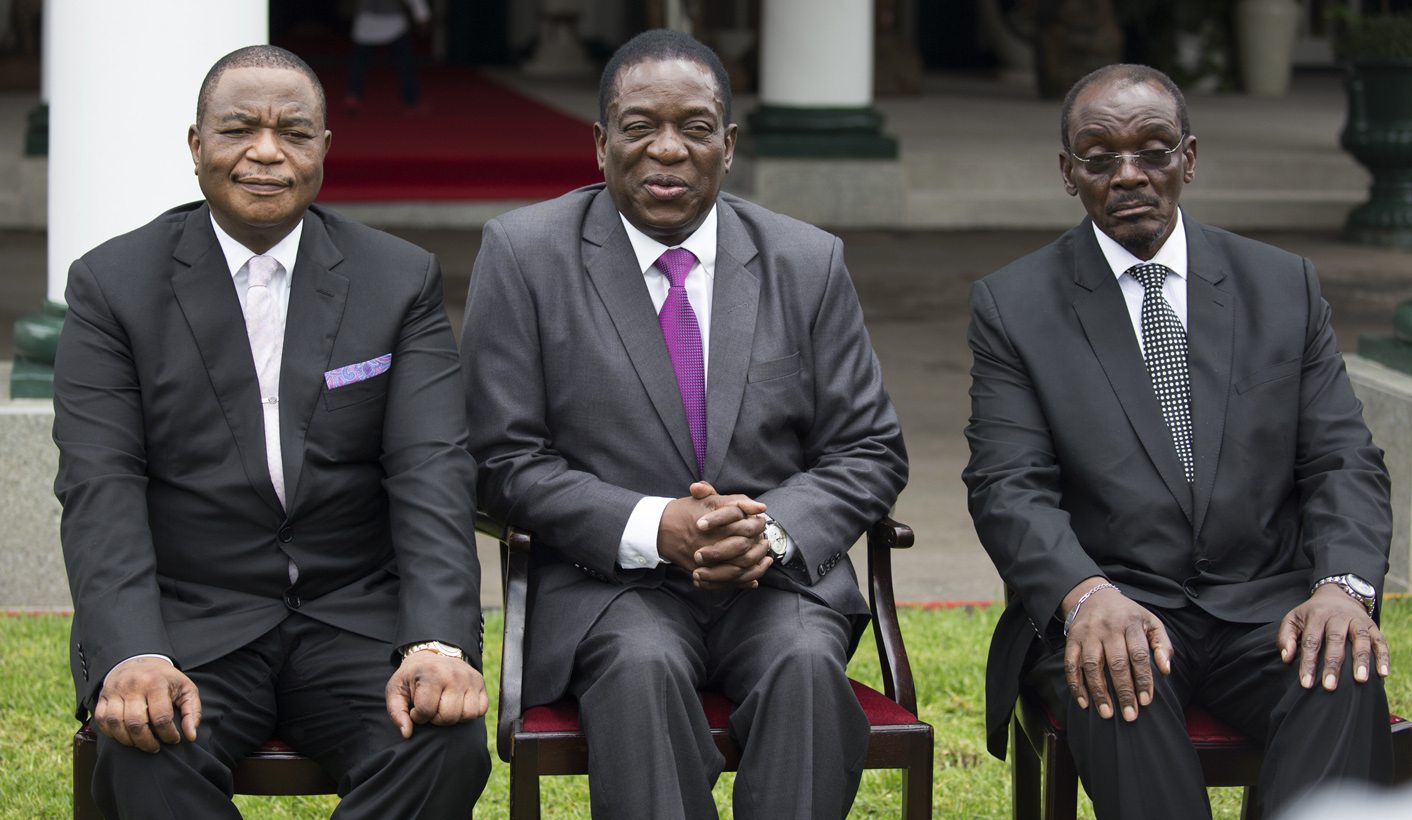 From Zambia to the DRC, KRISTEN VAN SCHIE brings you a weekly round-up of news making regional waves.

But if anybody thought the sit-down signalled a coalition government in the works, they’d be wrong.

“Currently, there is no need,” Mnangagwa said after the meeting, according to NewsDay.

The new leader came to power following Zimbabwe’s astonishing November coup. Then, in the days between a major-general’s TV appearance announcing a military takeover and Mnangagwa’s inauguration, rumours swirled of a grand coalition that would see top posts divvied up between the long-ruling ZANU-PF and various opposition leaders. The all-ZANU Cabinet announced days later quickly ended the illusion.

Reports NewsDay: “Pressed further on the question of a coalition, as there was a strong lobby for it, Mnangagwa insisted there would be none… ‘We are a democratic country, people can lobby for anything,’ he said curtly.”

As a cautious Zimbabwe waits to see how their first new leader in 37 years will turn out, it appears to be business as usual where it matters most.

“Everything that they are complaining about is clearly covered within our constitution and our laws,” the justice minister responded, reports VOA. “In so far as we are concerned, we believe that we should not just waste resources doing cosmetic changes to the legislation that are already materially covered by the existing legislation.”

Mnangagwa has begun cracking down on the corruption that plagued Robert Mugabe’s government – but it’s a crackdown squarely targeting allies of former First Lady Grace Mugabe, whose push for the presidency sparked the military takeover.

Writes NewsDay: “It remains to be seen if Mnangagwa has the spine to probe his corrupt runner boys in the military given that it is the same people who expedited his rise to power.”

The Catholic Church in the Democratic Republic of Congo last week condemned a violent crackdown on protests that left up to a dozen dead.

A year earlier, the church played a pivotal role in negotiating a New Year’s Eve deal that would see President Joseph Kabila step down in the course of last year, his term having expired in 2016.

“The Catholic Church is pretty much the only institution in the DRC with the moral authority to act as a sort of referee and impose some real pressure on the political elite,” Chatham House analyst Ben Shepherd told Deutsche Welle. “They have logistics, they have networks of people, and they have committees organised at village level across the country helping with things like agriculture. They are there for the people… it is hard to overstate how important the Catholic Church is in the DRC, which is why they are able to play a role in politics.”

But as the clock wound down on 2017, Kabila showed no signs of resigning, while the country’s electoral body said a vote wouldn’t be held for another year.

The church-organised protests on December 31 “were met with a deadly crackdown by authorities, who fired tear gas into churches and bullets in the air to break up gatherings”, reports AFP.

“We can only denounce, condemn and stigmatize the actions of the supposedly valiant men in uniform, which are, unfortunately, nothing more, nothing less than barbarism,” the head of the church in the DRC Cardinal Laurent Monsengwo said last week, according to Reuters. “How can we trust leaders incapable of protecting the population, of guaranteeing peace, justice and love of people?”

And an ongoing cholera epidemic in Zambia last week topped 2,000 cases in the capital, with more than 50 dead since October.

The outbreak has largely been blamed on the “selling of foodstuffs in markets, bars and streets”, reports the Lusaka Times, with authorities cracking down on street vendors and markets.

Last week, the military shut down shops and markets for a city-wide clean sweep, writes Zambia’s Daily Mail, while Xinhua reports that traffic authorities have threatened to fine or arrest drivers for throwing rubbish out their car windows.

The government has also banned gatherings like sports events and church services in cholera-hit areas. DM