2017 Daily Maverick Sports Team of The Year: The Blitzb...

2017 Daily Maverick Sports Team of The Year: The Blitzboks 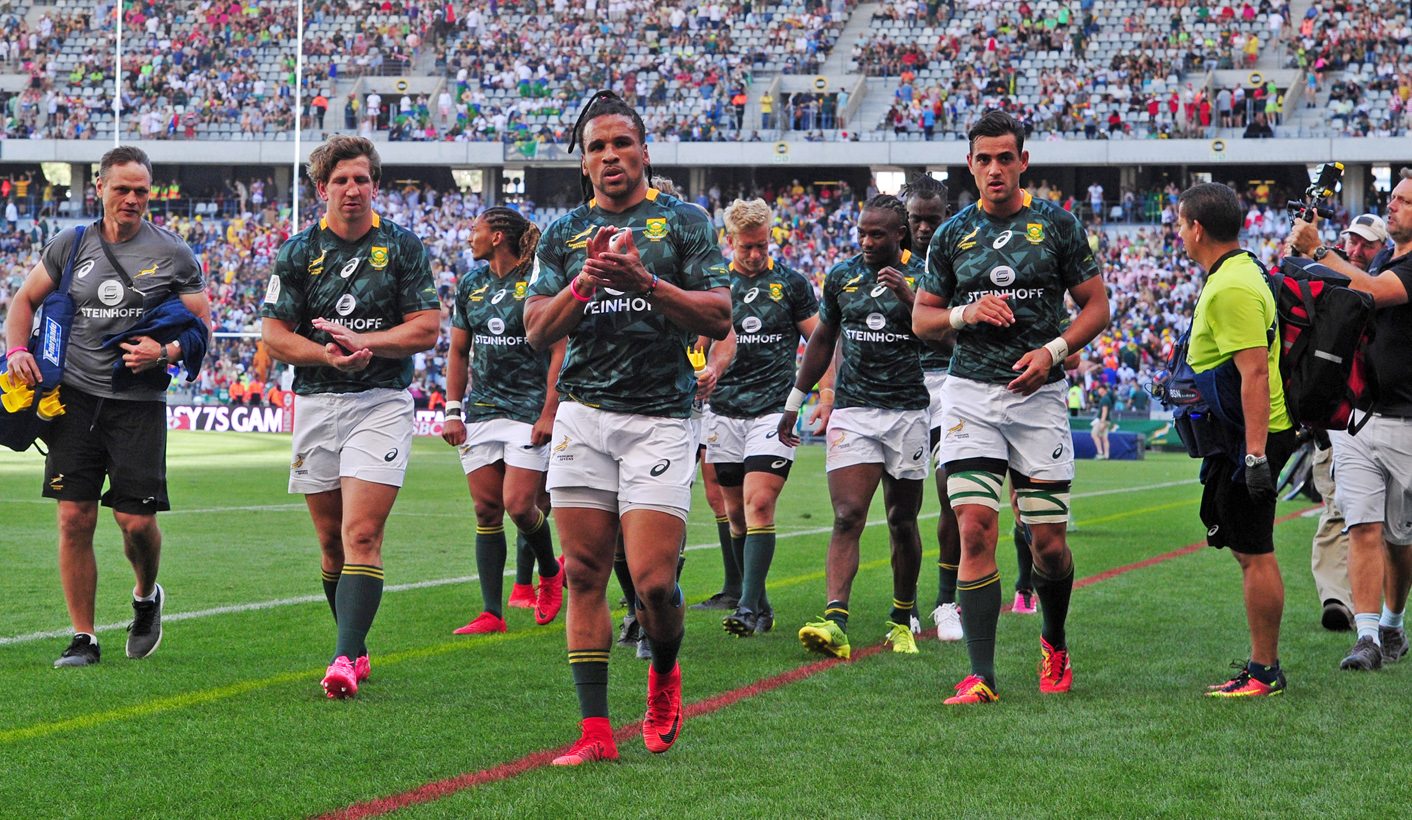 Hard-working, winners, inclusive and diverse. The Blitzboks are without ego – despite having all the reason in the world to be cocky. Wouldn’t it be great if we could all be a little more like them? By ANTOINETTE MULLER.

Wander down to Stellenbosch in the Sevens pre-season and you’re likely to see Kyle Brown, Seabelo Senatla, Cecil Afrika and any number of other big-name Blitzboks carrying tackle bags. That’s not because they lost a bet – or because they have been fined for misdoings on the pitch. It’s just the way of the Blitzboks culture.

The Sevens national team are the darlings of South African sport. And while singling out a sports person of the year is a challenge, picking a team is a no-brainer. The South African track and field contingent at this year’s World Championships came close, but the Blitzboks are in a league of their own.

Like South Africa’s top athletes, there is a brotherhood that binds the group together. It is visible in all that they do and it is enchanting. While many teams preach culture, the Blitzboks actively practice it. It’s always easier when you are winning consistently, but their vibrant culture makes it so much easier to forgive them when they fall short. Yes, even if that falling short is caused by basic mistakes.

That much was evident when they lost out to the Cape Town Sevens in both 2016 and 2017.

But naming the Blitzboks our team of the year is not about focusing on the mistakes. It’s about everything they got right. The team had a stellar World Series, winning their first title in almost a decade. It almost made up for the disappointment of the bronze medal at the 2016 Rio Olympic Games. On a basic skill level, the team is unparalleled in terms of South African rugby. They are one of the best conditioned South African sports teams, but their successes do not stop on the pitch.

There is no ego in this team. When Neil Powell took over the reins from Paul Treu in 2014, he would become so distracted during training sessions that he sometimes forgot he was the coach and no longer a player. That approach won them gold at the 2014 Commonwealth Games.

And while the ride has been bumpy at times, the success in the 2017 season was an underscore for years of building towards something special.

Beyond their trophy cabinet, the Blitzboks offer a glimpse into what can be achieved through inclusivity and two middle fingers up for anyone still ignorant enough to decry that “quotas” are “ruining the standard of rugby”. Au contraire. The most successful players in this set-up are players of colour. It is a critical point, because while transformation is often scapegoated when things go wrong, its successes are rarely celebrated.

But the Blitzboks’ success in terms of inclusivity should be shouted from the rooftops. It is proof that with a professional system that extends equal access to resources and opportunity to everyone, sport can be a great unifier.

It would be naïve to pretend that a sporting team can somehow paper over all the cracks in society, but it can offer a glimpse into what is possible. Wouldn’t everything just be so much simpler if we all got on like the Blitzboks? DM