#ANCdecides2017: Stalemate in the fight over secretary-general election could put the entire conference under threat 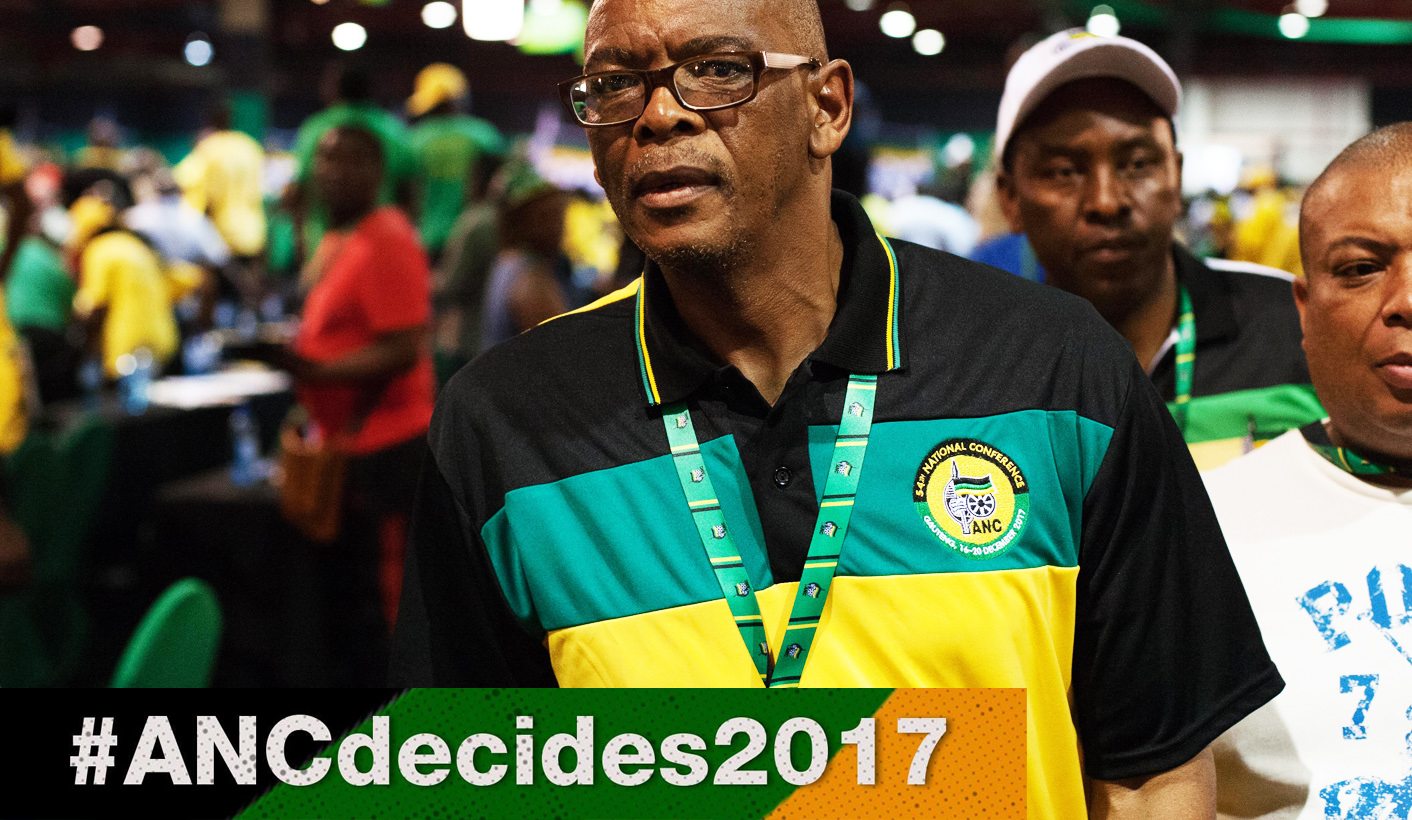 There have been many fights and much nastiness in the months – and even years – leading up to the ANC’s 54th national conference, now under way in Johannesburg, which was expected to bring some kind of denouement that would allow the party to move forward in some way. Instead, the gathering got stuck on some kind of Groundhog Day of indecision and disputes, which could pretty much also define the next five years. By CARIEN DU PLESSIS.

Tuesday – the fourth and second last day of the ANC’s 54th national conference – was set aside for reporting back on policy discussions. By now the elections of the party’s Top Six leadership and 80 additional national executive committee members should have been done and dusted.

There should have been some clarity by now over whether the ANC was going the radical economic transformation route – led by the slate under Nkosazana Dlamini Zuma – or whether it was getting a new deal, under Cyril Ramaphosa.

Instead, Ramaphosa got elected onto a Top Six that is split 50-50 between these two camps. The delegates’ choice has achieved unity in the same way two people who have each other in a vice grip are bound. For the best part of the day the party’s steering committee was locked in a meeting over an issue of 68 votes (or 63, it’s not quite clear and the party has not been communicating anything about it).

From the little information that’s trickled out from inside the Nasrec Expo Centre, it seems these votes belong to delegates who were not on the voters’ roll but who were legitimate enough to take part in the vote. However, their votes have been “tainted” by questions about whether they really were good to attend, because the provincial executive committee that was supposed to sanction this was hostile. The committee is also, according to a court ruling, not supposed to exist.

Just to play it safe, their votes were then “quarantined”.

From the information obtained, it seems the regions in question are KwaZulu-Natal’s South Coast and Abaqulusi regions, and perhaps one more in Limpopo.

There was no information forthcoming about this conundrum ahead of the voting, and about why it wasn’t resolved before, perhaps because it wasn’t really supposed to make a difference. It almost didn’t, because for five of the Top Six positions the margins were bigger than 100 votes – except for the secretary-general’s position, where the gap between Free State premier Ace Magashule’s winning vote and former KwaZulu-Natal premier Senzo Mchunu’s vote was only 24. The quarantined votes were from areas where Mchunu is popular, so their votes may constitute the difference between him going back to being an ordinary branch member in the province or being the most powerful man in the ANC – and ultimately South Africa’s de facto prime minister.

So the stakes are high, more so because Magashule’s record is tainted by allegations of corruption and a close association with the Gupta family, and isn’t really wanted by someone like Ramaphosa who wants to be seen as Mr Clean by South Africa and beyond.

Late on Tuesday night Thulasizwe Simelane from eNCA tweeted that a solution was still being sought and the integrity of the votes and the box they were being kept in “is now being questioned”. Also: “Suspicion, mistrust abound.”

That’s not quite the way to go if you want to find a solution.

It seems that the intention to have this issue resolved in a plenary meeting on Tuesday night was abandoned. Plenary was rescheduled for 09:00 on Wednesday morning.

There were threats from North West premier Supra Mahumapelo that an entirely new vote would be forced if the Ramaphosa camp pursued the issue of the 63/68 votes.

This would mean a re-run of the entire conference later and it would, in the closely contested climate, be such a risk that neither side really wants to do it. They would both potentially have a lot to lose.

Should a political solution be found without a proper technical position, threats of going to court on this matter could just turn into a reality afterwards. The ANC would be keen to avoid this; the outcome of a national conference has never before been contested in court, and also because the party is averse to the idea of an outside authority resolving its problems.

The conference was preceded by a lot of unresolved issues and a record number of court cases, even the day before Saturday’s conference start, which saw the disqualification of two provincial executive councils and a total of 100 to 150 delegates. Most of them would have been Dlamini Zuma voters.

The conference steering committee – consisting of Magashule himself, as well as deputy secretary-general Jessie Duarte and all nine provincial secretaries – was locked in a meeting on this issue for most of the day.

This impasse does not bode well for the party’s current leadership in terms of resolving even the smallest of problems, never mind big problems like, say, corruption or the possible removal of a president.

It also brings up questions about the legitimacy of the conference, and of the way forward for an already disunited party which governs the country.

For many years in Parliament, the ANC has interpreted democracy as a numbers game, and pushing through votes because of its majority. Other values such as dialogue and constitutionalism do not seem to have found a place.

Now that the party is split almost exactly down the middle and now that it’s hard to resolve issues through a simple majority, the party has apparently forgotten its own ability to negotiate around problems, and to compromise. DM