#ANCdecides2017 in Pictures: Four days of drama, shock results and much waiting 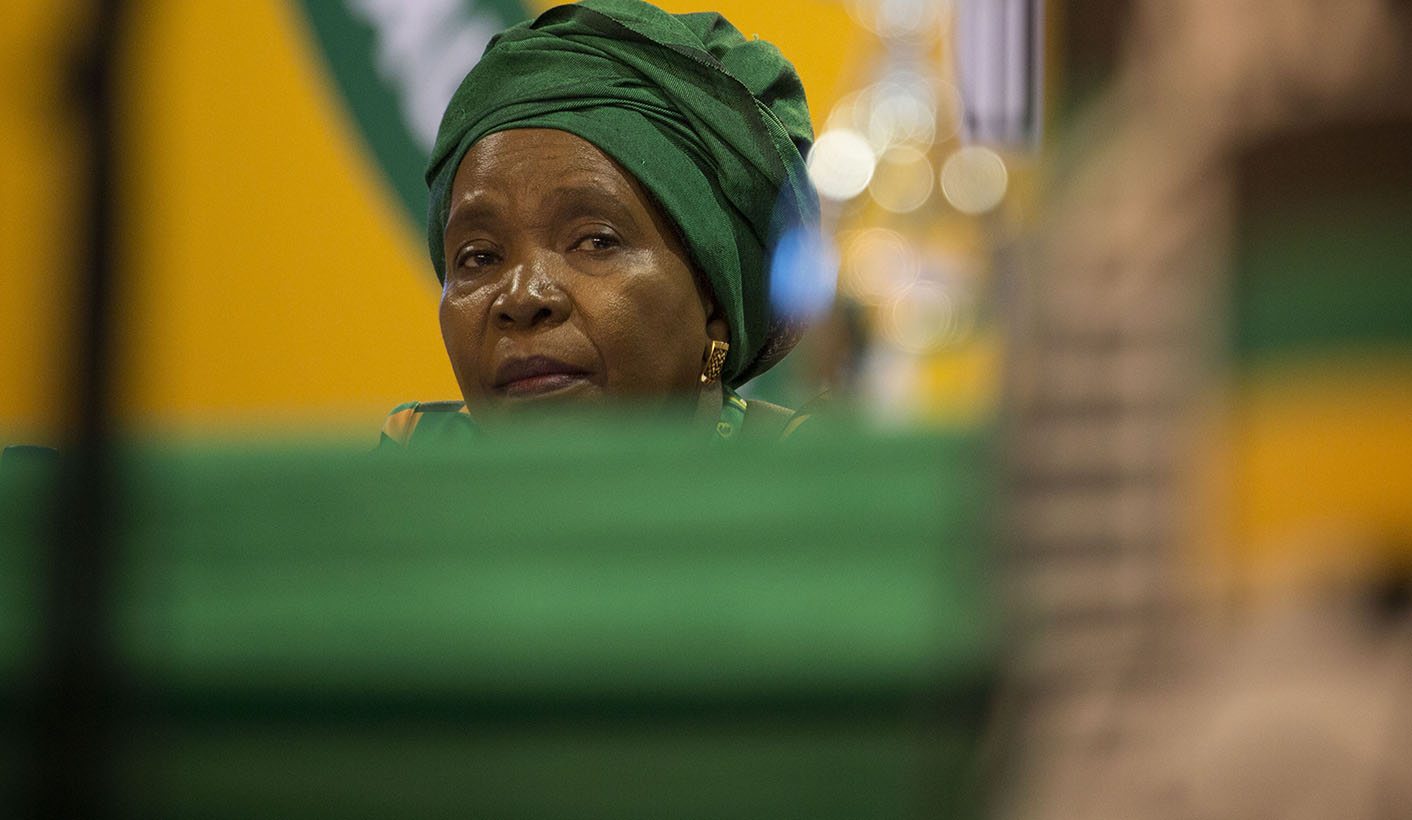 The ANC 54th National Conference should be drawing to a close on Wednesday. It’s been four days of waiting and more waiting, coupled with bits of drama and shock leadership election results. By DAILY MAVERICK PHOTOGRAPHERS.

Photo: A delegate from KwaZulu-Natal waves his accreditation card and sings songs praising NDZ during the opening session of the ANC’s 54th elective conference, 16 December 2017. Following leadership elections it emerged that no member of the ANC Top Six hails from the province. Photo: Daily Maverick

Photo: Jacob Zuma does his last walkabout as president of the ANC, greeting heads of companies and multinationals while security push and shove journalists out of the way. He said he’s happy with his contribution to the ANC during a brief press conference following his final stroll. Photo: Leila Dougan

Photo: ANC delegates walk past unaccredited vendors outside the conference venue. The ANC charged a hefty fee for vendors to be accredited and as a result many traders set up shop right outside, with some being harassed by the police. Photo: Leila Dougan

Photo: Hours before the big announcement, streets outside the Nasrec conference venue were packed with NDZ and CR supporters eager to hear the results. Photo: Leila Dougan

Photo: ANC delegates walk from the venue to their eating hall, passing the media centre (otherwise called the media cage) on the way. Security personnel guard the fence closely, ensuring that media don’t talk to the delegates passing through. Photo: Leila Dougan

Photo: Meanwhile, in the blistering Gauteng heat just outside the venue, while votes inside were still being counted, a small group of Khoisan activists demanded that the new leadership of the ANC recognise the rights of the indigenous group. Ruben Rustoff, secretary general of the Khoisan Liberation Movement, and Glen Bennett, deputy president of the Khoisan Liberation Movement, carried bow and arrow, as well as kudu horns, to honour the hunting rituals of the first people, Monday 18 December 2017. Photo: Leila Dougan

Photo: The voting process on Sunday evening was delayed due to disagreements about delegates credentials (which delegates could vote and which could not). On Monday evening in what could be considered his final dance as leader, Zuma took to the stage, entertained the crowd, took requests and sang Umshini Wam before the eleXions agency took to the stage to announce the winners. Photo: Leila Dougan

Photo: Local and international media were out in numbers, eager to capture the historic moment. Photo: Leila Dougan

Photo: After months of analysis and speculation, weeks of anguish (and in some cases, betting), and very many sleepless nights, Cyril Ramaphosa was announced as the 13th president elected at the 54th ANC national conference. He shed a tear after taking his seat as the new number one and the rest of the Top Six were announced: David Mabuza (Deputy President), Ace Magashule (Secretary-General), Jessie Duarte (Deputy Secretary-General), Gwede Mantashe (Chairperson) and Paul Mashatile (Treasurer-General). Photo: Leila Dougan

Photo: ANC Women’s League President Bathabile Dlamini was outspoken in her anger and disappointment at the gender composition of the ANC’s Top Six at a media briefing at Nasrec on Tuesday morning. ‘OR Tambo must be turning in his grave,’ she said. Photo: Leila Dougan

Photo: Newly elected ANC president Cyril Ramaphosa carried out a walkabout among accredited vendors outside the Nasrec complex on Tuesday. His first public engagement was overshadowed by the heavy-handed actions of ANC security officials who manhandled journalist Sam Mkokeli after he complained about the disorganisation and long wait. Photo: Leila Dougan

Photo: Journalists get a ride on the back of a bakkie back to the media centre from the Ramaphosa walkabout. The treatment of the media at the ANC conference became a talking point on Tuesday following repeated complaints of intimidation, physical assault and unnecessary barricades between journalists and ANC delegates. Photo: Leila Dougan DM

Main photo: Presidential contender Nkosazana Dlamini Zuma cut a lonely figure as she awaited the announcement that she had lost her bid for the ANC top spot to Cyril Ramaphosa, garnering 2,261 votes. Photo: Leila Dougan