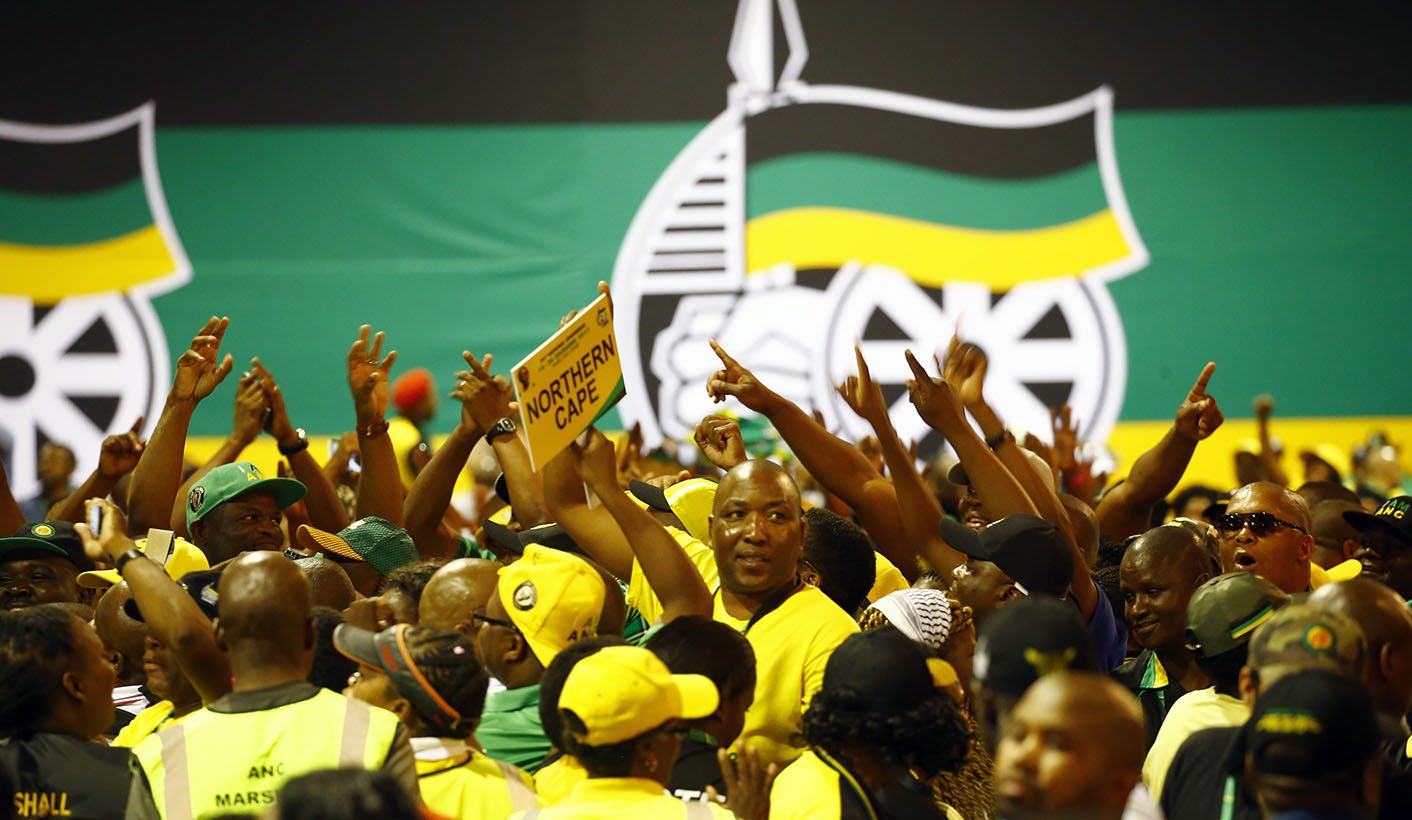 As the ANC election results percolated through South African society, the general response seemed to be one of tentative optimism despite a number of controversial figures within the Top Six. It’s no surprise that business responded enthusiastically to the election of the market-savvy Cyril Ramaphosa, but within civil society and alliance groups there was also hope that the new leaders could take decisive steps to address South Africa’s corruption problem. By GREG NICOLSON and REBECCA DAVIS.

Former Finance Minister Pravin Gordhan, sacked by President Jacob Zuma in March, made no secret of his support for Cyril Ramaphosa’s campaign to be ANC president.

On Monday night, he expressed satisfaction with the ruling party’s choice in this regard.

“This is an important day in our history where we appoint a person of the stature of Mr Ramaphosa to the presidency of the ANC,” Gordhan told Daily Maverick. “This will certainly create hope; hope in the economy and society.”

His response was echoed by a range of business associations, which said they were committed to working with Ramaphosa to build the economy. Business Leadership SA CEO Bonang Mohale said in a statement that the country needed focused, ethical and moral leadership.

“We call on the newly elected leadership of the ANC to immediately occupy itself with a clear and practical programme of action that will address the country’s declining fiscal and macroeconomic position,” said Tanya Cohen, Business Unity SA CEO.

The Black Business Council’s secretary general, George Sebulela, warned in a statement that there are no quick fixes for the economy, and said that the group would monitor the ANC’s policy discussions closely.

“We also wish the new president all the best as he has to shift gears to engage the tough headwinds that he’s faced with on improving business confidence and navigating fiscal constraints following SA’s recent sovereign downgrade,” Sebulela said.

Economists canvassed by Daily Maverick following the election results similarly welcomed the new ANC leadership but said that many challenges lay ahead.

“In the short term, the financial markets were quite relieved. That’s why we saw the rand running, the bonds running and so on, but reality will sink in,” said Dawie Roodt, chief economist at the Efficient Group. The rand hit a nine-month high following Ramaphosa’s election.

“There’s some short-term relief, but I think that’s all it is – short-term,” Roodt warned.

Xhanti Payi, founding director at Nascence Advisory and Research, told Daily Maverick that Ramaphosa’s leadership could improve business confidence, but that the new ANC president faces an uphill battle. “I think the word ‘miracle’ is a big one here,” said Payi.

Given the structural nature of South Africa’s economic problems, the economists cautioned against expecting rapid turnarounds. They said that in the short- and medium-term Ramaphosa may not have the time, resources or power within government to make significant changes to improve growth, reduce debt and avoid further credit downgrades.

In addition to the economic challenges that lie ahead, former unionist Ramaphosa will also face the difficult task of trying to repair relations with the country’s trade unions. The ANC’s Organisational Report, presented on Sunday, acknowledged that alliance dynamics were at an all-time low.

Trade union federation Cosatu released a statement on Monday night with a slight air of self-congratulation, noting that “Cosatu has been unwavering in its support for Cde Ramaphosa even when there were naked attempts to stop him from ascending to the presidency”.

It warned, however, that its support for the new leadership of the ANC did not amount to “a blank cheque”.

“We expect them to deal with issues that are killing the economy, like State Capture and corruption,” Cosatu stated.

Cosatu urged the ANC conference to get down to the business of policy discussion as soon as elections were concluded. The federation reiterated its call for “state ownership of all the land in this country” and the establishment of a state bank. It wants to see the implementation of a national minimum wage by May 2018, a concerted push for the roll-out of National Health Insurance, and a definitive rejection of nuclear energy.

Ramaphosa is likely to find himself in the unenviable position of being put under pressure by both unions and business, with both sectors seeing him as a potential champion. Unions will be invoking Ramaphosa’s past in the labour movement to lobby for workers’ rights, while business points to Ramaphosa’s considerable personal success in business as evidence that he will appreciate the imperative not to spook investors and markets.

Within civil society, the prevailing sentiment on Monday night was generally upbeat.

The South African National Civic Organisation (SANCO) released a statement welcoming the election of a Top Six drawn from both camps and called for a definitive end to slate politics within the ANC.

SANCO spokesperson Jabu Mahlangu urged the new leaders to make an investigation into State Capture their first priority, and expressed hope that the remaining NEC members would include representatives of “poor and historically marginalised communities”.

Organisation Undoing Tax Abuse (OUTA) founder Wayne Duvenage, meanwhile, said that the lobby group was happy that Ramaphosa had won his battle for the top spot.

“Of all the candidates, Cyril Ramaphosa was the one who spoke out most and more sincerely on issues of corruption,” Duvenage told Daily Maverick. “We believe his election will be good for the country and make the fight against corruption a lot easier.”

He said that OUTA would be watching with interest to see who Ramaphosa would appoint as head of the National Prosecuting Authority and that the group also hoped to see the capacity of the Hawks strengthened in months to come.

Not all activists were sleeping easy on Monday night, however.

Ndifuna Ukwazi’s Zackie Achmat was scathing in his assessment of the majority of the Top Six.

“We have three gangsters, one suspect, and a president who is prisoner of a Top Six that is clearly compromised,” Achmat told Daily Maverick. “If the rest of the NEC is anything like the Top Six, Ramaphosa won’t be able to clean up anything.”

He said that the next Budget – due in February 2018 – would be particularly critical to watch.

“The best we can hope for is a stalemate until 2019 [national elections] and that we won’t have a Budget which increases inflation and takes us to junk status. And we have to hope that the nuclear deal is dead.” DM