#ANCdecides2017: Reporter’s notebook – A party that can’t fix its own election can’t fix a national one either (surely?) 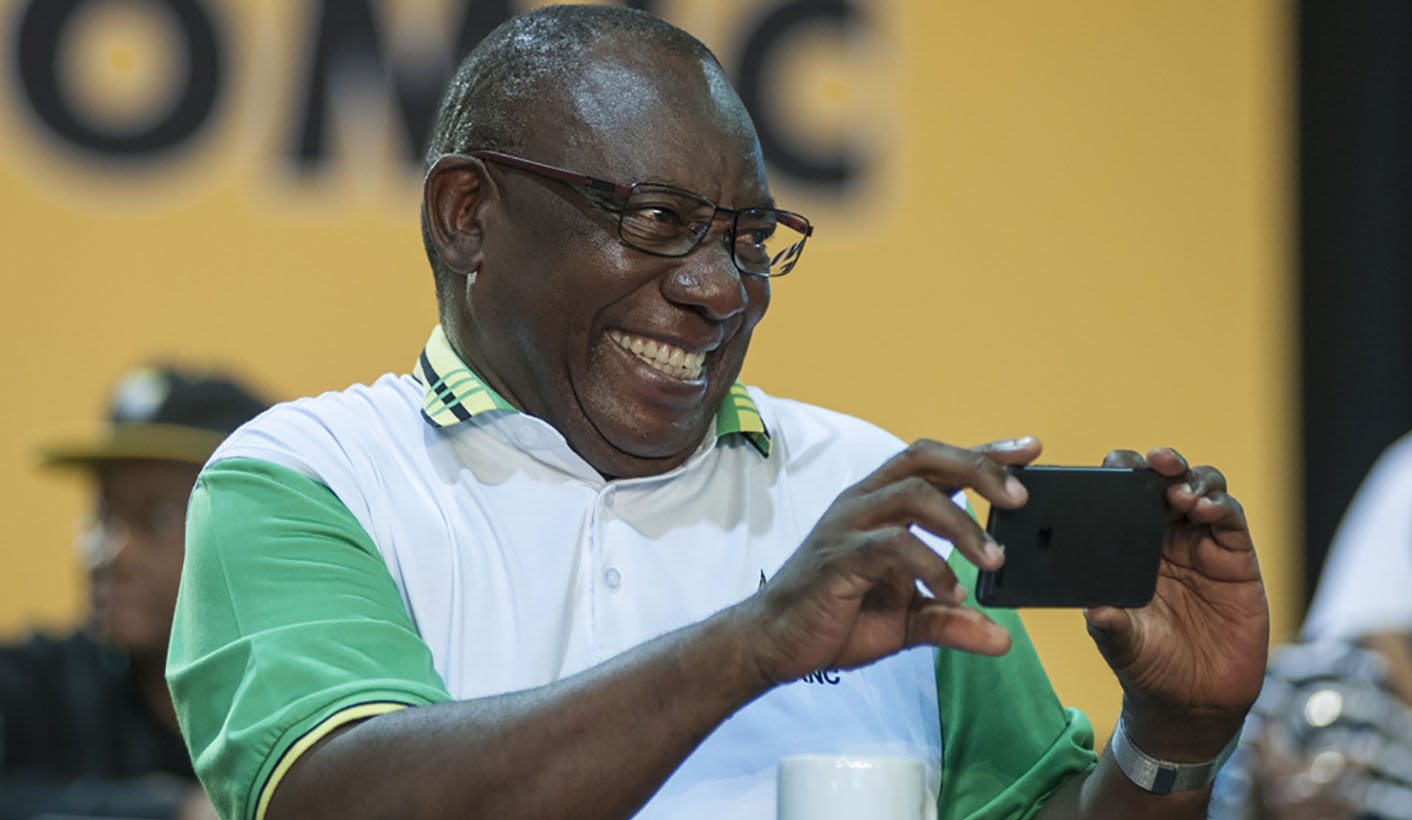 04:00. Oh man. The morning after the night before. It had to be faced. The world had changed, shifted, moved. Well, kind of. Something else had changed. The dogs, fast asleep in their basket. Huh? That’s not normal behaviour. Into the dining room. Oddly, there was no trip. The cat wasn’t there. Bugger. Where is he? I put the kettle on and began The Search for Spock. Suddenly there was bounding and scratching, the dogs were up. Tumbling through with them were four legs and a meow. Vulcans. They really play with your mind. By STEPHEN GROOTES.

Coffee. The car. The highway. The road to Nasrec was calm and quiet this morning, there wasn’t even a cop at the first checkpoint. The officers at the main entrance were there, but quiet and relaxed. It’s always like this the day after an ANC leadership election. Exhaustion sets in. Radio and TV people are there, but no one else. There was too much to laugh or cry about the night before.

Time for another cup of coffee and onto the wireless. I have to say, my mood was very different to how I went to bed the night before. It was only when I woke up that I realised what had changed. The knot in my stomach was gone.

I suddenly realised why. This strange result, this political mess presented by voting delegates at the ANC conference, may mean that certain things many people want to happen quickly now cannot happen. It’s unlikely that Jacob Zuma can be removed as South Africa’s president in the near future, it seems unlikely that any Cabinet ministers will be taken out. But there are many other things that also cannot happen. Perhaps the worse outcome from the point of view of corruption, and possibly of democracy, would have been for Zuma to win again, through Nkosazana Dlamini Zuma, and then for her to become president in 2019. It would have been tight in that election, but it would have been possible. Now it won’t happen.

The other thing that won’t happen is that the political space that has opened over the last two years now can’t be closed easily. In fact, it is likely to be pushed open further. Imagine you’re the person who makes the important news decisions at the SABC, about whether to cover Parliament’s Eskom inquiry, or an EFF press conference. Now you know, you’re actually going to be fine either way. Ramaphosa’s victory in the leadership means there is a constituency in the ANC big enough to protect you. There is also no faction dominant enough to have you sacked for making a decision they don’t like.

This matters, and it will affect everything we do over the next few years. Parliament’s Eskom inquiry will surely now continue. One of the side-effects of political paralysis is that now no one can lash out at other elements of society for standing up to the bullies. Over the last few years, during political briefings, radio conversations and around the braai, I’ve been asked if Zuma would somehow steal the 2019 elections. It’s part of a conversation that includes elements of Zimbabwe and real cynicism. This question will now surely fall away. A party that can’t fix it’s own election surely cannot fix a national election.

This could have an impact on many institutions. They may find that they are emboldened by the political space that is now open; the ANC, for instance, cannot act against banks like Mbeki did back in the day.

So I was in quite a cheerful mood for much of the morning. Roelf Meyer was happy to talk about his old negotiating opposite number, describing Ramaphosa as perhaps the person the country really needs right now. He also suggested that the political centre, which had held since the ANC took power in 1994, had frayed over recent years, and that it might now be repaired.

Then the analyst Sithembile Mbete came on and expressed her entirely correct frustration at how the ANC has gone backwards in terms of gender. It now only has one woman in its top six, and she is the deputy secretary-general. It really is incredible that the party has done this, and says so much about how the campaign for “a woman leader” was never really about that.

Later, ANC Women’s League leader Bathabile Dlamini tried to complain about this. She couldn’t hide her disappointment at the result. She looked absolutely terrible, far more than just the way someone looks when they haven’t slept for several days. And she was thoroughly disingenuous when she claimed the ANC had failed the women of South Africa. It is her organisation that has failed women. As leader, she has been a disgrace. Her professional conduct in the social grants scandal further proves that. Angie Motshekga before her used the league simply to protect Zuma, and before that Nosiviwe Mapisa-Nqakula was useless. Of course this all goes back to the Zuma Rape Trial and 2006, when the league stood by and allowed a woman to be attacked for explaining the pain of her rape.

But Bathabile Dlamini is not someone you should let dampen your mood.

At one point in the morning, just after breakfast, I bumped into Carl Niehaus. I shook him warmly by the hand and congratulated him for his role in a good honest political campaign that came so close to victory. I told him it was an example for us all, and that it was a pity he had fought the good fight only to lose in such a close way. He was very pleased to see me and we spoke about old times for a few minutes, before promising to get in touch soon.

None of the events described in the above paragraph is true.

What was true was that it was time to take my leave of the conference for a few hours. It was odd to see the parking lot during daylight. As I walked over to the car I suddenly realised something. One of the things that is surely going to happen now is that every investigative journalist in the country is going to be investigating David Mabuza and Ace Magashule with everything they’ve got. This will be important work – they hold two of the most important positions in the ANC. Their stories are no longer provincial, but national stories. And what comes out is surely going to help Ramaphosa and his faction.

There are many ways this conference may be remembered. But in the long dynamic of power moving away from being concentrated in the centre to many other centres of power, this will be an important gathering. It’s a big part of that process.

And there is one last note on which I’ll leave you, before finding the leads and taking the dogs and cleaning the house (the wife and kid are back tomorrow), and it is this. We all knew before this conference that Ramaphosa was really up against it. There is a multibillion-dollar patronage scheme operating in this country. There was a secret ballot in a contest in which the stakes were incredibly high. Somehow, and we don’t yet quite know how, he has prevailed. None of the problems that he will face now should take that away from him. It is, actually, an incredible feat of politics.