#ANCdecides2017: On CR17’s home turf, family and neighbours put their faith in a rand-friendly presidency for one of their own 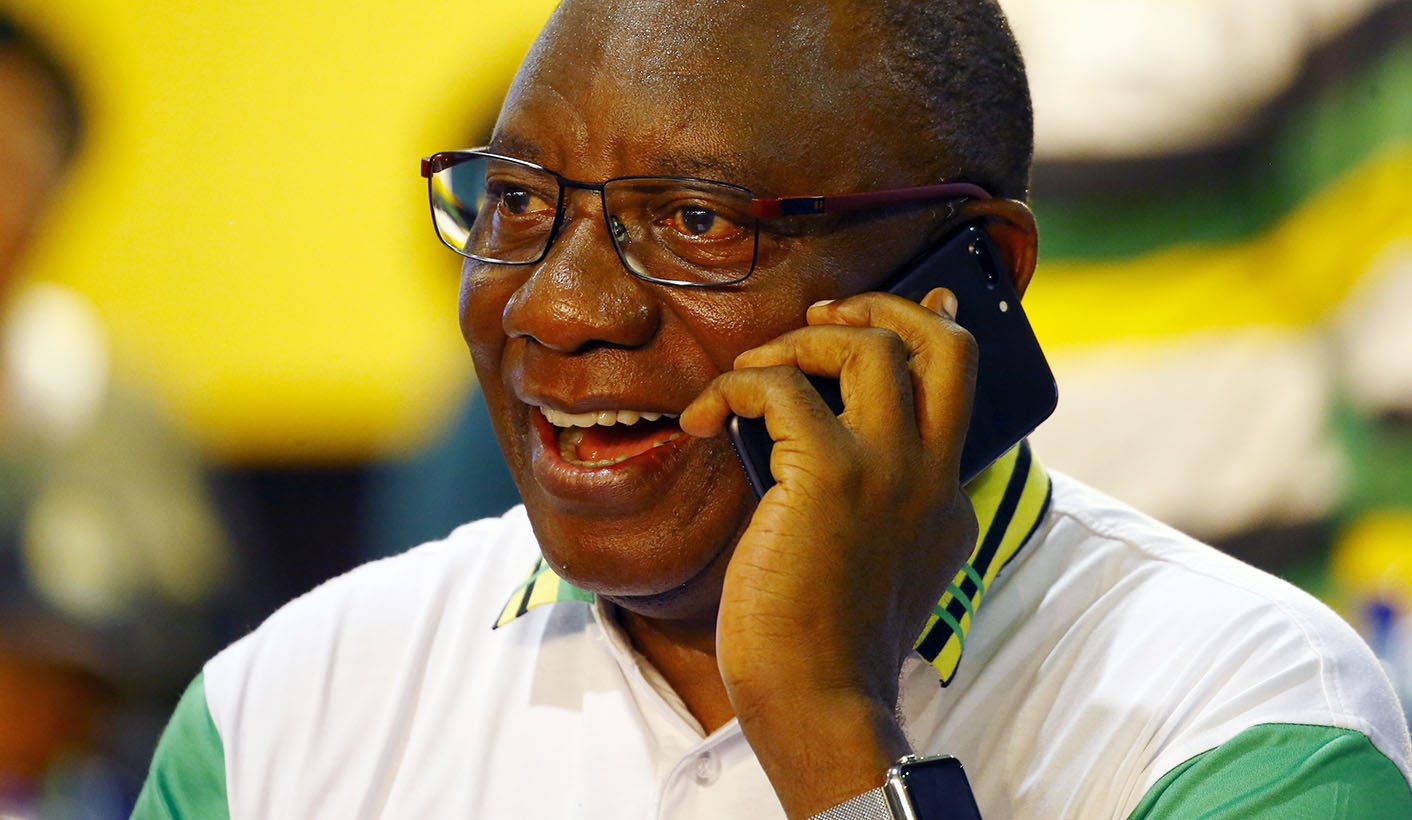 Hundreds of Soweto residents celebrated Cyril Ramaphosa’s ascendency to the ANC presidency with his relatives outside the family home in Chiawelo on Monday night. By BHEKI SIMELANE.

“I hardly slept last night as I was waited for the announcement… For the last 10 years South Africa has experienced a decline in all sectors of economic activity. As an artist and musician I am hoping Cyril, being a business person, will be able to reverse such decline. Nkosazana Dlamini Zuma has done a lot as a leader, but the stigma of the Zuma name has undoubtedly rubbed off on her,” said Vuse Khumalo, a Soweto jazz pianist.

Khumalo, like many other Soweto residents, was banking on a Ramaphosa win. Some felt that a Dlamini Zuma win would simply translate into an extension of outgoing president Jacob Zuma’s reign. Others believed that Ramaphosa would bring change.

“The credentials of the other presidential candidates are unquestionable, but considering the challenges the country faces, a leader of Ramaphosa’s calibre is just what the country needs. Ramaphosa will be able to bring back the country’s dignity so that people have faith in the ANC and continue to vote for the party. We also need investor confidence, and again, Cyril is the right man,” said ANC member Joshua Mufamadi.

In homes that Daily Maverick visited, some residents prayed. In home, cafes and shebeens others sat on the edge of their seats, their eyes glued to their television sets.

As the announcement was made in the plenary hall in Nasrec not too far from Chiawelo, car hooters started blaring all along Mhlaba Street. Until then, the streets had been eerily quiet.

At the Ramaphosa home, dozens of people, including neighbours and Ramaphosa’s sister, danced away in jubilation. All (not surprisingly) expressed confidence in a Ramaphosa win. Several cars arrived at the Ramaphosa family home as news spread that CR17 had defeated NDZ.

The Ramaphosa home was blocked by jubilant supporters, while inside the house over a dozen relatives stood in the lounge as they watched the announcement of the rest of the leadership of the ANC.

Ramaphosa’s sister celebrated with the visitors for a few minutes before she disappeared into her room as she asked to be excused because she was exhausted. Others in Ramaphosa family declined to comment. “We have just received a message not to speak to the media,” said a relative.

“I feel very happy,,” said Lizzy Baloyi, a neighbour of the Ramaphosas. “Ramaphosa went to school with my brother at Sekano … He will make a good president. Our children have finished school and they want work. He has a big job ahead of him.”

Police immediately cordoned off Mhlaba Street and it was closed to traffic as residents continued their celebrations.

“I’m so happy. I don’t even know how to describe the excitement. He will make a good president because he has a great business mind and is a humble leader,” Kgomotso Sithole, another neighbour, said.

Before the announcement, Ramaphosa’s sister, Ivy, said she was greatly relieved that the episode had finally come to a close. She described a gruelling campaign which had left most of the Ramaphosa campaign team battered.

“It has been a long and tiring journey. He has worked very hard and has always been an admirer of books. He liked reading even if it meant he sacrificed his other preferences,” Ramaphosa’s sister said.

“I’m so excited we have a president from our own hood,” said Busisiwe Madinane, a resident from Pimville, Soweto. “He will make a good president. We are confident that he will bring much needed change in the government. Most residents of Soweto were rooting for him so everyone is excited, as you can see. We, as ANC volunteers, will make sure we go door to door to encourage people to support him because it does not end here.”

“I’m over the moon,” said Eric Langa, another neighbour. “The rand will stabilise which will give business a chance. He will certainly make a great president as he is a perfect strategist. I’m not talking only as a neighbour – Ramaphosa will benefit all South Africans.”

The celebrations continued into the night as people refused to leave Mhlaba Street. “At last we also have a president,” a Venda woman said as she skipped away from the celebrating crowd with her baby tied tightly to her back. DM