#ANCDecides2017: SACP, Cosatu and veterans hit back at Zuma 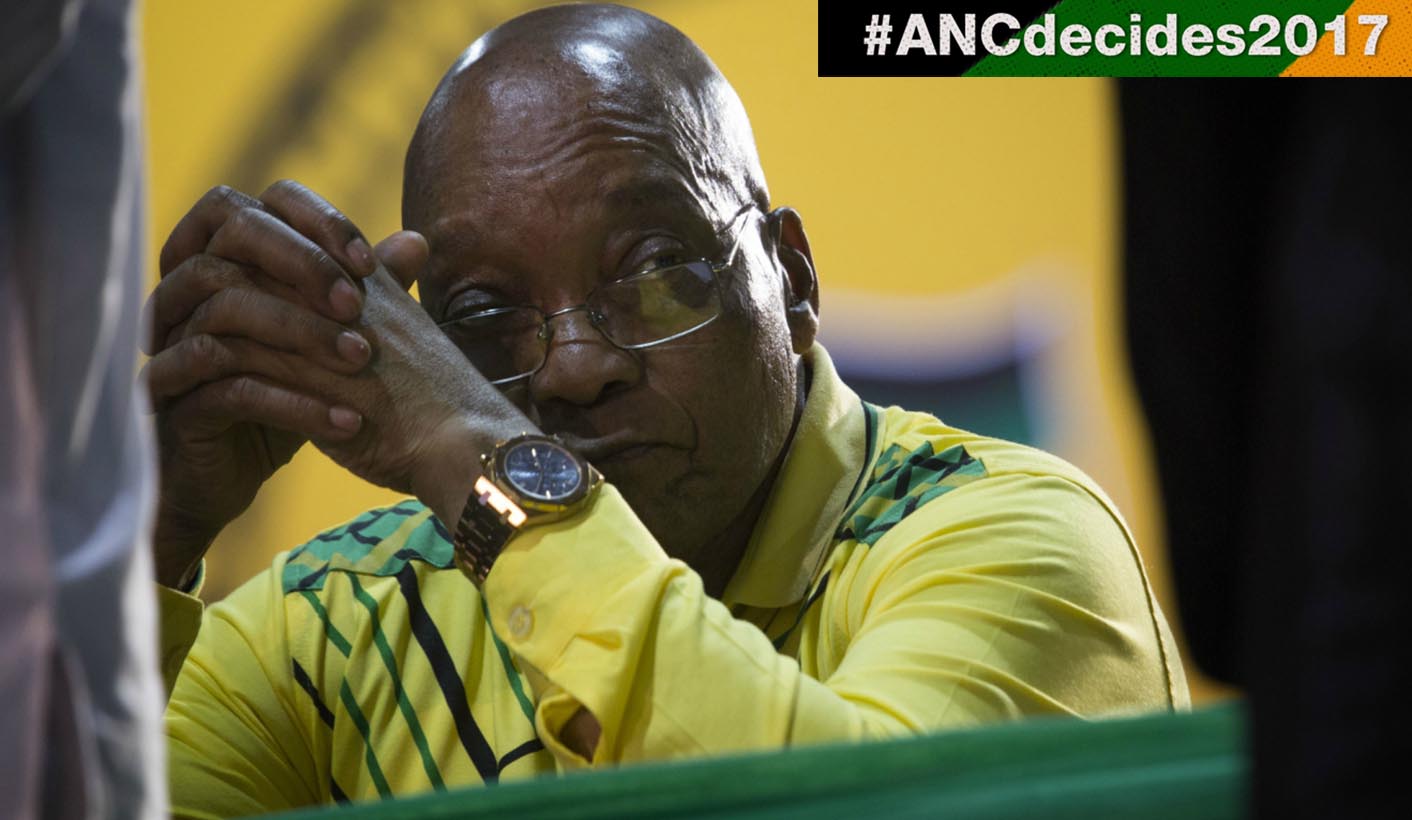 President Jacob Zuma used his last address as ANC president to take aim at critics and groups that he feels have wronged him. Those particularly in his firing line were the South African Communist Party, trade union federation Cosatu, and ANC veterans who have called on him to step down. The reaction from those he took swipes at has been swift and unimpressed – suggesting that Zuma may have further endangered the future of the tripartite alliance. By REBECCA DAVIS.

President Jacob Zuma will, in a few days, become a veteran of the ANC. In his final address as the president of the party, Zuma made it clear that in his retirement he will not follow the example of other ANC veterans and stalwarts who have been openly critical of his leadership.

Accusing such figures of “causing problems” in the organisation, Zuma scolded: “Veterans can’t be part of the problem”.

But the veterans in question say that it is Zuma himself who is the problem.

As early as 2016, these veterans requested a meeting with Zuma and his leadership to address the challenges facing the ANC – a proposal “studiously avoided”, says Msimang.

“Had they listened to that, had they agreed to a consultative conference held as early as January this year if not earlier, the shambles that this 54th national conference has become would not have happened.”

Msimang suggests that the current chaos affecting the legitimacy of delegates, following this week’s court rulings on the ineligibility of a number of branch leaders, is “exactly a consequence” of denying the request of concerned ANC members to sit down and talk.

“But he will be welcome. Perhaps he can start by explaining how he managed to destroy the organisation so comprehensively.”

Trade union federation Cosatu was also in Zuma’s firing line on Saturday. Zuma criticised the unions for “marching side by side with right-wing forces… calling on the president of the ANC to step down”, and suggested that the fact that he had been barred from addressing Cosatu events and booed at its May Day rally beforehand was unacceptable.

Speaking to Daily Maverick on Sunday, Cosatu general secretary Bheki Ntshalintshali in turn described Zuma’s remarks as “unfortunate”. Ntshalintshali dismissed the suggestion that Cosatu was aligning itself with the right-wing as fiction.

“Workers will never do that,” he said. “We are laughing when we realise that in this ANC, there are many business people who have been invited as guests. We don’t even invite businesses in our organisation, as poor as we may be, because we regard them as a class enemy.”

The Cosatu general secretary said that Zuma’s final address was a missed opportunity to begin repairing relations within the tripartite alliance. “He was not giving courage to the alliance. He was, in our view, saying: ‘I’m leaving, I’ve been done bad by these trade unions’.”

Beyond this, Ntshalintshali suggested that the president’s report was deficient in other significant respects. “In his report he never talked about jobs, which is regrettable. He didn’t talk about unemployment; he didn’t talk about the NHI (National Health Insurance), which are the things we so desired.”

The ANC’s other alliance partner, the South African Communist Party (SACP), was also on the receiving end of Zuma’s ire. A particularly sore spot was the SACP’s recent decision to contest the Metsimaholo by-election in the Free State against the ANC. Zuma criticised the SACP for not having fulfilled a party resolution that it would “consult with the alliance partners” before doing so.

Since Zuma’s address, SACP general secretary Solly Mapaila has been scathing in his response. Like Ntshalintshali, he accused Zuma of having mis-used his platform and further endangered relationships within the tripartite alliance.

“He was extremely pathetic dealing with the issues of the alliance,” Mapaila told the Sowetan. “He did not indicate what forced us to speak outside of the alliance because he avoided us for over a year.”

Mapaila also indicated to News24 that the ANC conference needed to reflect on the issue of corruption without Zuma’s input due to his conflict of interests on the subject.

The SACP general secretary would not been drawn on predictions for the near future for the alliance, but told journalists that he hoped that alliance meetings with the new leadership of the ANC would prove fruitful.

While Cosatu has been open in its support for Ramaphosa, the SACP formally resolved a fortnight ago not to support any particular candidate for ANC president. Among individual SACP leaders like Blade Nzimande, however, the preference is known to be for Ramaphosa. DM

Photo: President Jacob Zuma on day one of the elective conference when he delivered his final address as president of the ANC. Photo: Daily Maverick