#ANCdecides2o17 – A Reflection: Battle of the songs

#ANCdecides2o17 – A Reflection: Battle of the songs 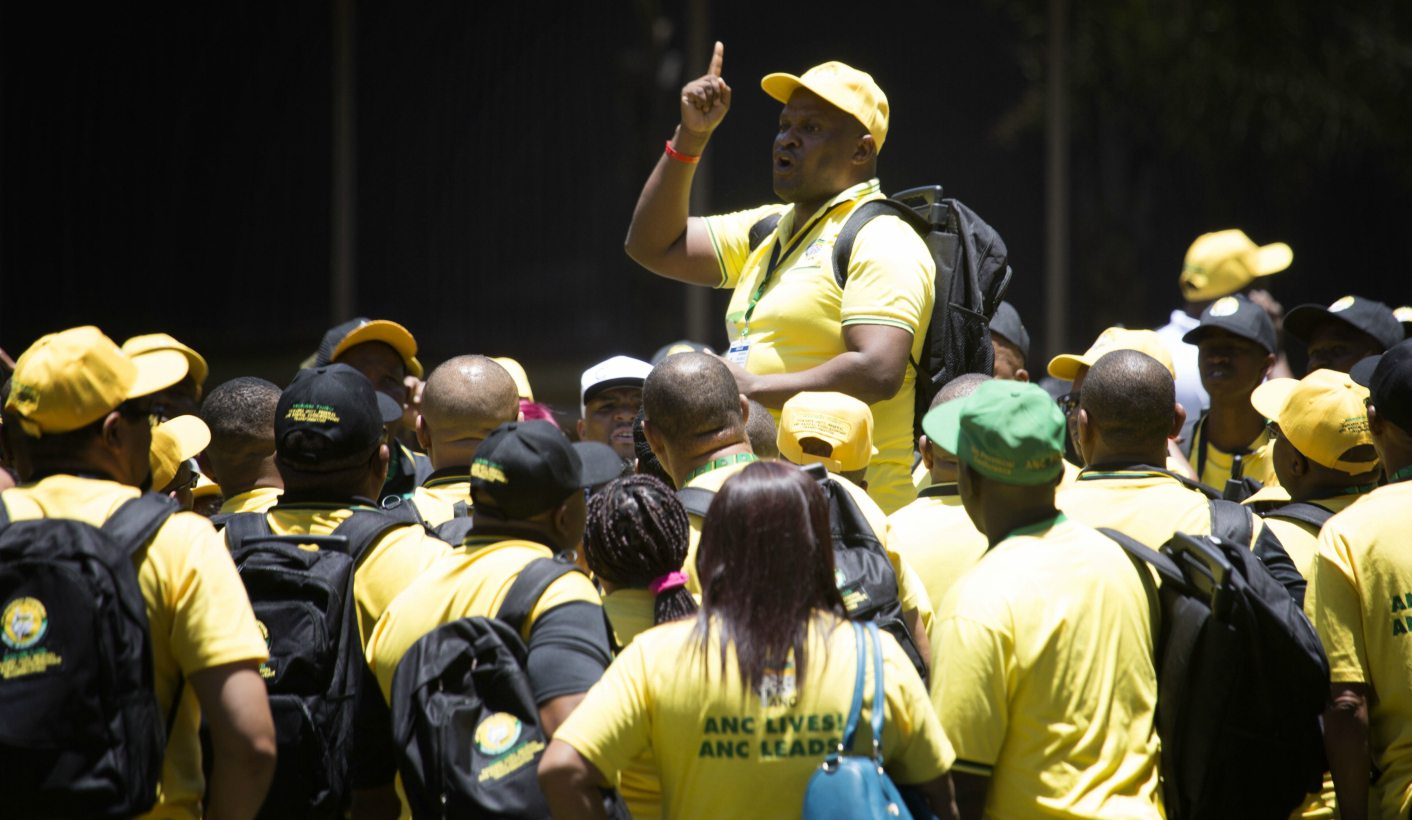 Delegates staged an impromptu sing-off outside the Nasrec Expo Centre as they waited for the ANC 54th National Conference to start. It was an outward expression of the tensions bubbling ahead of the election of a new party leader. By NKATEKO MABASA.

As one drives into the Nasrec Expo Centre, there is a long row of women dressed in ANC regalia, waiving and holding welcome boards. The mood is set that this is to be a joyous event – a celebration of what the party has achieved over the years. Or maybe a distraction, that there is nothing wrong here, that they are, as the theme says, “deepening unity”.

Across the road is another long row of men and women – but here there’s all sorts of merchandise, from ANC T-shirts and paintings of Oliver Tambo to home-made food and Aloe Vera products.

Delegates alight from their buses and start to sing. At first you could be forgiven for thinking it was in one voice. On closer inspection, two groups push and shove, not with hands, not chairs nor fists, but with their voices. One group chants for Cyril Ramaphosa and the other for Nkosazana Dlamini Zuma. There appear to have been no songs rehearsed for the other five candidates.

The CR17 group, sing Hamba Zuma, with much glee and energy. It is the larger of the two groups. The song continues: “Gupta angana ndawo la” (Guptas have no place here). And as though it is a concerto on the rise to its climax, this faction eagerly awaits to elect Ramaphosa, singing Siyavuma.

The other group, though small in number, and largely made up of women, is fierce and unrelenting. Delegates from KwaZulu-Natal chant “NDZ, NDZ” over and over again. They are not intimidated. “Many fans, but delegates dololo” one woman shouts over the loud CR7 group. And so their songs begins, with a question: “Who killed workers at Marikana, we are asking.”

The small group stands by the side in their diminishing numbers, and start to talk, not to any journalist of course, that’ll be treason of the highest order at this conference. It is to themselves they direct the comments. “We don’t have a problem, we are holding it down inside.” But another woman breaks the façade, and jokingly says: “You know these people might disappoint us, they might be bought.”

In the midst of this battle royale, among the exuberant sounds, one hears faint but assertive voices, “Hats for R100” and a bell rings from a bicycle, as a vendor sells ice cream and water. No one pays them any mind.

As the sing-off continues outside the perimeter fence, Bheki Mkhwanazi takes “same time photos” from his small camera and printer. He came all the way from Katlehong to do business but he is not allowed inside the expo centre. “You have to pay R2,000 to be allowed to have your stand inside, and I don’t even make that much money,” he says. He moves around quickly and diligently, in fear of being chased away by security.

Last time Mkhwanazi was at an ANC event a woman was chased away for selling ANC T-shirts outside because she didn’t pay the required amount. “Sometimes you are scared to attend these events because they might confiscate your merchandise,” he says. At the ANC Women’s League conference he was given a Nedbank account number and told to deposit R600 so he may be allowed to do business.

Complaints from vendors inside the centre that those outside are getting to delegates first sees security chasing the likes of Mkhwanazi away.

Fezile Simelane, who sells ANC struggle stalwarts name tags at R10 apiece, has a lively walk and endearing attitude about him. “I have to meet my target of R1,000,” he says. But his mood has been dampened. “I leave home to come sell and these people don’t see you. I left crime and corruption, but they don’t even look at you.”

He walks off with a nicely composed smile on his face, greeting delegates, excusing himself for disturbing them and interesting them in his colourfully designed name tags. Hoping they will spare R10.

But the delegates continue their battle. A circle is made and a dancer goes into the middle. Voices rise as they enter through the gates into the conference centre, no doubt to make a memorable and intimidating entrance. It is a moment of change. For whom is yet to be seen. DM

Photo: Delegates sing and chant ahead of the start of the ANC elective conference on December 16, 2017. Photo: Leila Dougan/Daily Maverick