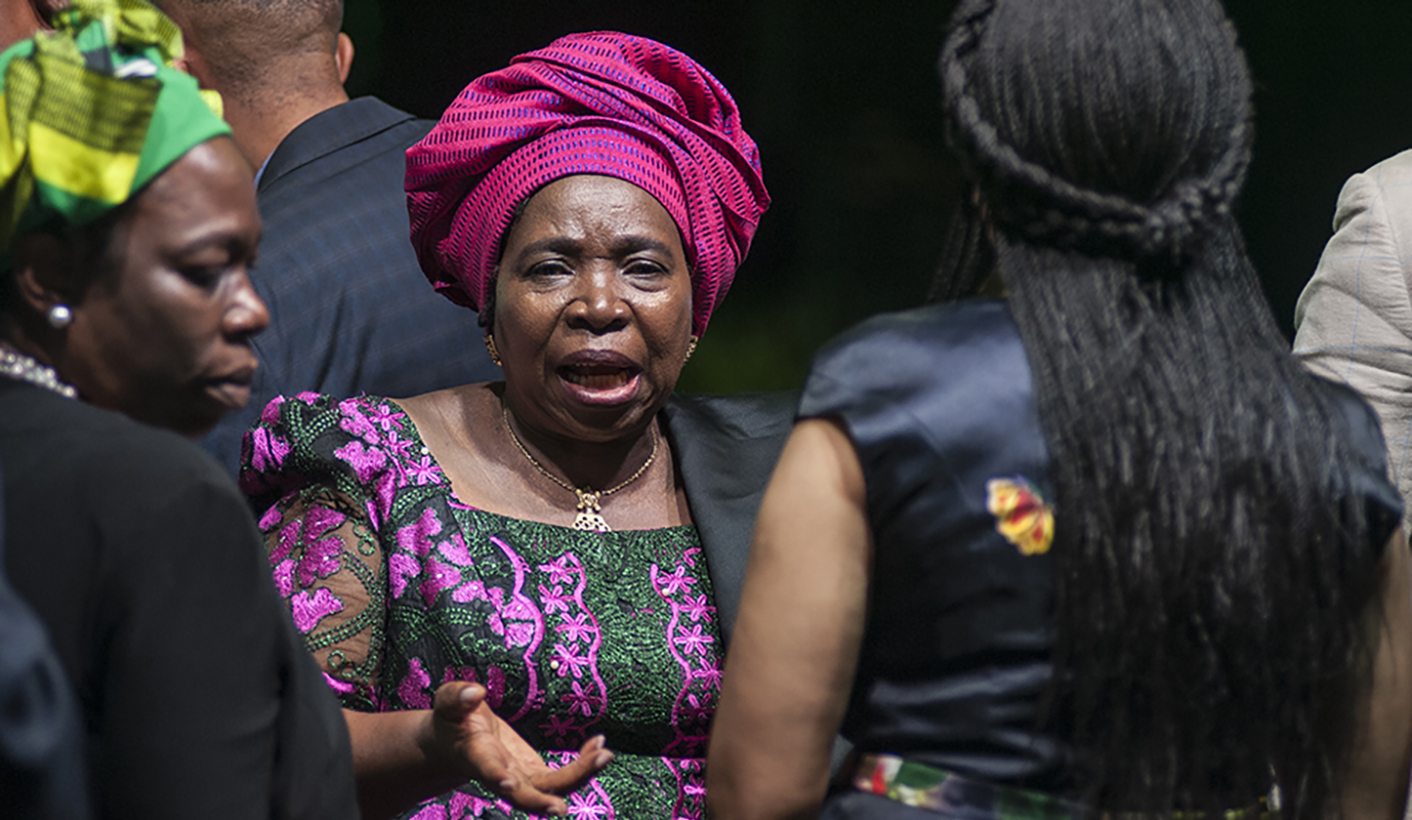 ANC presidential candidate Nkosazana Dlamini Zuma had lunch with a handful of mainly female diplomats and three of her daughters while provincial leaders addressed her supporters outside the Nasrec Expo Centre. By CARIEN DU PLESSIS.

Nkosazana Dlamini Zuma was sitting alone at a table in deep conversation with North Korean ambassador to South Africa, Yong Man-ho, when a group of five female ambassadors and diplomats from Scandinavia and Europe were ushered into the room to join her for lunch.

Dlamini Zuma gave them a warm reception, but made it clear that she wasn’t prepared to engage too deeply on issues. “She kept a straight face, so we didn’t ask her about those issues,” one of the diplomats said when asked if Dlamini Zuma expressed her view on issues such as the economy.

“I was surprised that she was there having lunch with us, and not lobbying among the delegates,” she said.

An ambassador who was at the lunch said: “We mainly talked about gender issues and the [United Nation’s] ‘He for She’ campaign.”

Some diplomats at the time grudgingly admitted that they understood the rationale for this, and had sympathy with this rule, even though it made their work more difficult.

Just before the official opening plenary of conference, which was scheduled for 09:00 but which was rescheduled to 14:00 and eventually got under way at 15:30, branch delegates from provinces which support Dlamini Zuma had a caucus rally.

Mpumalanga Premier David Mabuza, who has kept the country guessing about his allegiance and who has been advocating unity, announced his support for Dlamini Zuma at this rally.

Mpumalanga’s support is a boost for the Dlamini Zuma camp after an estimated 100 to 200 of its delegates were disqualified from voting due to three court rulings against them on Friday.

As the plenary opened it was hard to say which camp had the most support, as the singing from both the Dlamini Zuma sides and Deputy President Cyril Ramaphosa’s supporters was roughly of equal volume. DM