Right of Reply: I stand for restoring the dignity of th...

Right of Reply: I stand for restoring the dignity of the ANC – Sisulu 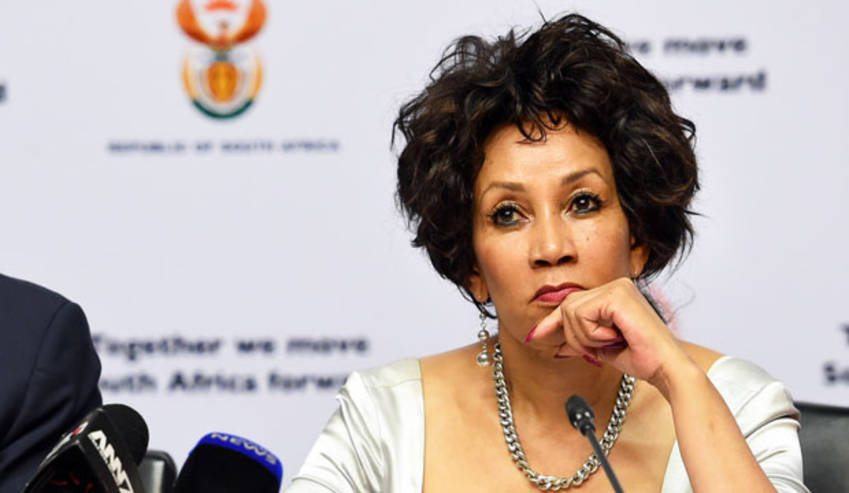 There is little correlation between the headline and the article by Sara Gon published in Daily Maverick on 17 November 2017. Yet one feels compelled to respond to some of the inaccuracies, which are disappointing considering Ms Gon is a Policy Fellow of an established research and policy organisation. First of which is that this is not a public contestation for office, neither is it a beauty contest. It is a succession debate about political leadership and ours is a very vigorous process we must all go through in electing a leader encapsulated in the ANC’s Eye of the Needle policy document. Which is why my campaign has been run on principle rather than expediency or personal ambition. By LINDIWE SISULU.

Much has been written, speculated and implied about what I reportedly said about ANC Secretary General Gwede Mantashe over his support for Cyril Ramaphosa as president of the ANC and the internal struggle as being irrelevant. I think it’s wrong for Gwede to express his favouritism and have said so. The secretary general and the office of the SG ought to be neutral in the run-up to the conference and should ensure that everyone is exercising their democratic right.

Let me be clear that I deeply value and am on record for praising all who fought in the internal struggle, those such as Winnie Mandela and Lilian Ngoyi, for the immense contribution of all who fought in the local trenches for the liberation of our country. My own mother Albertina and my brother were so-called inziles and it is preposterous that I would defile my own mother and brother’s heroic legacies. My mother was a co-president of the United Democratic Front.

Never would I paint any part of the anti-colonial and apartheid struggle waged from within or outside the country as irrelevant, it is simply unthinkable. Just as those who have cast aspersions on the veterans are wrong to do so.

On whether I believed Khwezi’s version that she had been raped – yes I believe Khwezi. Otherwise she would not have registered a case with the South African Police Service. I know that both parties firmly believed what they said and the court had accepted President Jacob Zuma’s version of the case and acquitted him of the charges.

The 52nd National Conference of the ANC took place in Polokwane in December 2007. This was a total of 16 years after the last NEC of OR Tambo, not 26 years as counted by Ms Gon. She also correctly acknowledges Comrade Zuma had served in the last NEC presided over by OR Tambo during his stretch as ANC president from 1967 to 1991.

And for the record, I did my military training in the USSR from 1977 to 1979 before returning to Swaziland as an underground operative in 1980. I returned to South Africa as part of the advance team to prepare for negotiations in 1990 and served as the Administrator of Intelligence, ANC Department of Intelligence and Security from 1990 to 1991. During 1991 and 1992 I served as Chief Administrator for the ANC at the Convention for a Democratic South Africa (Codesa I and Codesa II).

I have been a Member of the National Executive Committee (NEC) of the ANC for 20 years since 1997, not 24 years as Ms Gon alleges. I have also been Member of Parliament for 23 years uninterrupted since 1994. For some reason Ms Gon is convinced that I joined Parliament in 1993, although she is silent on the political party that I might have represented. Since 2001 I have held the following five Cabinet Portfolios: Intelligence, Housing, Defence and Military Veterans, Public Service and Administration and currently Human Settlements and some of our achievements include:

I have been outspoken about the state of the ANC and its leadership believing the ruling party is in deep trouble and lamenting our internal struggles with issues such as factionalism and tribalism at times. I have said we do have problems; we are a product of our history; we are a product of our times. I have called for a fundamental mind shift and said that we must regroup, we must reunite the ANC – and rebrand the ANC.

I have stated repeatedly that, although the ANC has done a lot in the fight against corruption, the governing party needs to do more to restore its integrity, and if I had it my way, all party members would be sent to a political school and would be subjected to constant testing by the school. This I believe would eventually eliminate corruption, factionalism and infighting.

My calls have been desperate, even frantic, for the ANC to confront and deal decisively with corruption in its ranks. And yes, if we find people guilty of corruption, we must find a way to expel them.

I have gone into this campaign saying that nobody should accept any money in exchange for votes. They should not. We cannot complain about corruption and yet create an environment in which corruption is not only possible but emerges victorious. We can’t. Everybody has a right to use their conscience when they vote. And that is what we need to defend in every member’s situation.

I have expressed myself on these matters in the most fearless way possible. The National Conference should not boil down to a proxy war meeting as factions. We should not be going into the 2019 elections limping as the odds that confront us are enormous. The patience of the people has worn off and we need to find a way to revive the spirit of the ANC and regain the trust of the people.

I stand for restoring the dignity of the ANC as I know it. Whether the leader who emerges is Cde Cyril, Cde Nkosazana, Cde Zweli, Cde Baleka, Cde Jeff, Cde Matthews, myself or anybody else, if those people can bring back the dignity and character of the ANC and make sure the ANC retains its previous stature within our society, internationally, I would be a happy person. DM