Op-Ed: Choose life – or the ANC shall surely perish 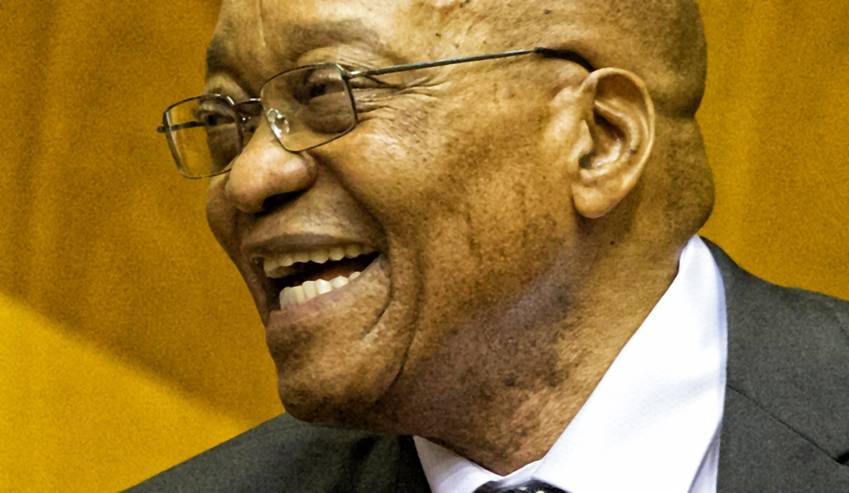 Is President Jacob Zuma’s sense of self-preservation so much stronger than his sense of professional ethics in his role as a public servant? By BISHOP MALUSI MPUMLWANA.

For the second time in a week, President Zuma has been lectured by the High Court on the basic doctrine of the conflict of interest as it applies in the State’s Executive Authority.

The question to ask, in the wake of this, is why it is that the president is unable to perceive this patently obvious situation in the exercise of his official duties. Is the president’s sense of self-preservation so much stronger than his sense of professional ethics in his role as a public servant?

In quick succession this week, South African citizens have seen consecutive High Court judgments against President Zuma, citing the unavoidable conclusion of conflict of interest in the exercise of his official mandate as president of the republic. The second judgement has “red-carded” the president on his failure in his responsibility to take seriously the Public Protector’s report on State Capture and corruption, and instead follow his self-preservation instinct.

One of these judgments cleared the way for the National Prosecuting Authority (NPA) to execute the long-standing counts of corruption charges against the president.The impropriety of a bribe was suggested in the handshake removal of former National Director of Public Prosecutions (NDPP), Mxolisi Nxasana, to be replaced by Shaun Abrahams, who must now vacate his office. The judgment precluded President Zuma from appointing the next NDPP, on the grounds of the doctrine of conflict of interest. In terms of this the deputy president must assume the role of president in appointing the next NDPP.

Thursday’s judgment applied the same doctrine of conflict of interest in confirming the remedial action that was prescribed by former Public Protector, Advocate Thuli Madonsela, in her State of Capture report. There the president has to cede to the Chief Justice the authority to select the judge to preside over the prescribed Judicial Commission of Enquiry into State Capture.

A conflict of interest has been described as “a situation in which a person or organisation is involved in multiple interests, financial or otherwise, one of which could possibly corrupt the motivation or decision-making of that individual or organisation”.

Instead of accepting the reality of self-interest and acting accordingly, the president chose to fight the Public Protector’s remedial action through the review process that he lost, more than 12 months later. It is indeed his right to take matters on review and to opt for appeal in the face of judicial and statutory hurdles. But then that personal right must be tempered by the responsibility of his office as president, to see to it that the justice instruments of the state are not blunted in the interest of aiding and abetting the pursuit of his self-preservation. The trouble is that in the governmental systems, President Zuma appears to have tethered the collective conscience of the African National Congress, that glorious organisation of the upright exemplars par excellence of selfless service – Luthuli, Tambo and Mandela. The collective leadership seems to have absorbed the president’s filibustering and obfuscation, all the way to Parliament, as evidenced in the Nkandla scandal.

The catalogue of rational court judgments that have challenged the president’s costly self-interest litigations must be a matter of concern to the ANC, for President Zuma’s personal interest is not the national interest.

The challenge that must be facing the ANC today is to answer the question of:

With the biblical Moses we can only say:

“See, I have set before you today life and good, death and evil. But if your heart turns away so that you do not hear, and are drawn away, and worship other gods and serve them, I announce to you today that you shall surely perish; you shall not prolong your days in the land which you cross over the Jordan to go in and possess. I call heaven and earth as witnesses today against you, that I have set before you life and death, blessing and cursing; therefore choose life, that both you and your descendants may live.” (Deuteronomy 30:15, 17-19 NKJV) DM