Maimane takes perjury case against Zuma to the courts

Maimane takes perjury case against Zuma to the courts 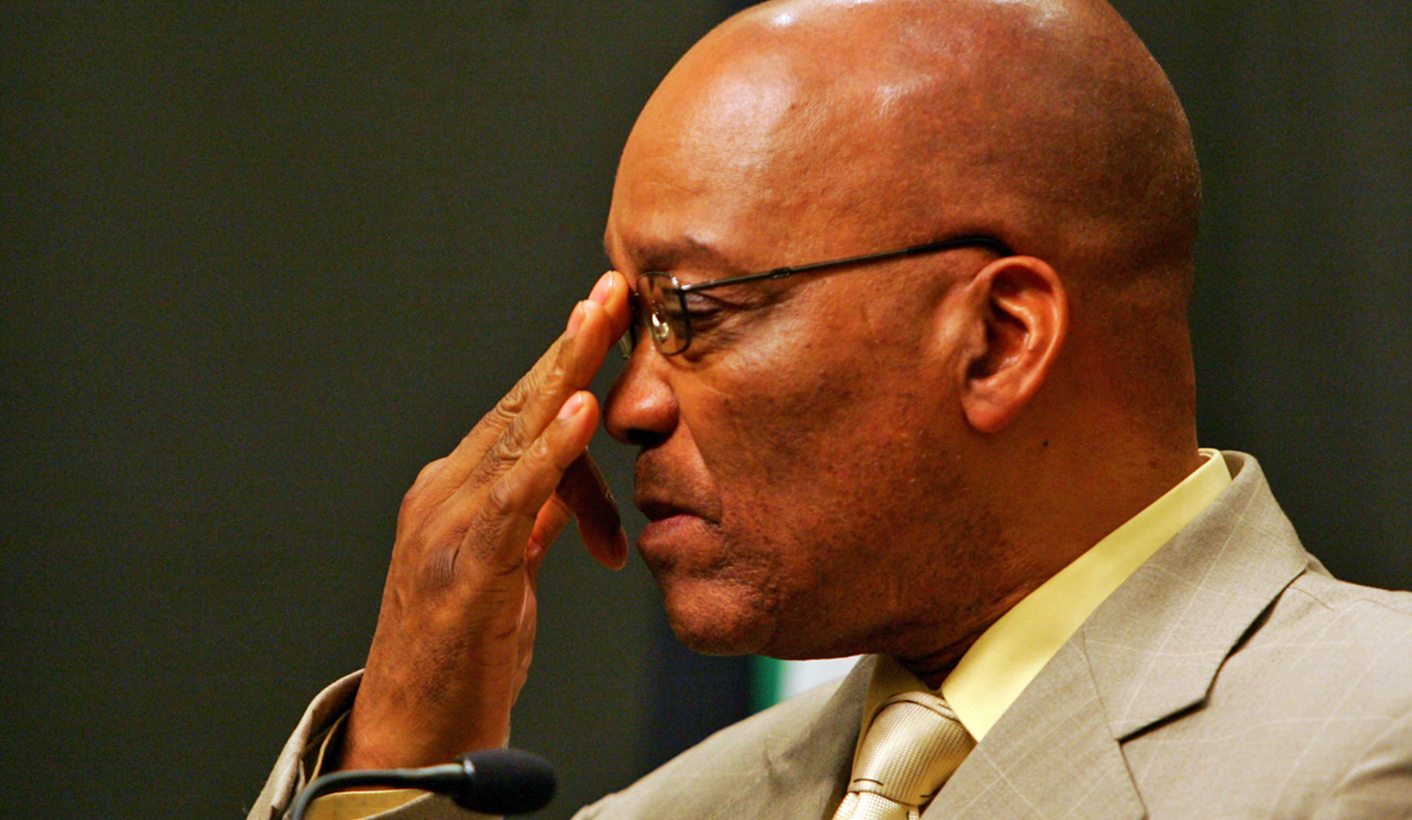 Democratic Alliance Member of Parliament Phumzile van Damme and National Spokesperson Refiloe Nt’sekhe laid charges against President Jacob Zuma at the Rosebank Police Station at lunch time on Thursday. The DA laid charges of perjury against the president for misrepresentation under oath – not once, but twice. By BHEKI SIMELANE.

The country’s president, Jacob Zuma, is recovering from a judicial blow inflicted by the North Gauteng High Court on Wednesday. The court ordered Zuma to pay the costs of the review application for his unsuccessful bid to challenge the Public Protector’s State of Capture report.

Just a day after the damning judgment, the Democratic Alliance, which is embroiled in a number of court processes against the president, said the charges against Zuma were laid in order to begin the process of eradicating corruption.

Maimane spoke amid confirmation that the president is to appeal the court decision. Maimane said appealing the decision “would be frivolous”.

Maimane likened Zuma to a “tsotsi trying to play around with the courts”, adding, “He basically can’t proceed unless the Guptas have bottomless amounts of cash.

“We will oppose an appeal because the judicial inquiry is a direct and correct order by the public protector,” Maimane said, adding that the ANC had turned into a patronage-driven organisation that was unable to control Zuma. “The ANC is captured. It’s dead. We should be able as South Africans to win our country back through Parliament and the judiciary.”

DA Federal Executive Chairperson and Member of Parliament James Selfe noted how the law had been undermined, dating back to the “Spy Tapes” saga.

In making its case and laying the charges against Zuma, the DA cited provisions of Section 319 (c) of the Criminal Procedure Act which states:

“If a person has made any statement on oath whether orally or in writing, and he thereafter on another oath makes another statement as aforesaid, which is in conflict with such first mentioned statement, he shall be guilty of an offence and may be convicted of such an offence and punished with the penalties prescribed by law for the crime of perjury.”

The DA then referred to two affidavits in which Zuma had deposed. In his affidavit filed in the North Gauteng High Court on 21 October 2016 Zuma stated; “Should it later transpire that the Public Protector produced a final report without affording me my right to just administrative action, then in that event the report should be released.”

In respect of the second affidavit filed on 29 October 2016 Zuma stated as follows:

“I have stated under oath in the answering affidavit to the DA intervention application, that if the report is final it should be released. This is found on paragraph 81. This is a printing error as it should have read that ‘(S)hould it later transpire that the Public Protector produced a final report without affording me my right to administrative action, then, in that event the report should not be released.”

Maimane said, “President Zuma’s statement in the second affidavit, to the effect that he had committed a typing error, and had averred the opposite of what he intended, is undermined by his surrounding statements, and therefore similarly appears to be a false statement made under oath in bad faith.”

Speaking after laying charges, Nt’sekhe said President Zuma had committed perjury twice. Nt’sekhe said they had handed to the court the necessary documents that they needed and were awaiting a case number.

“We have now passed on all the necessary documents, including the statement made by the president supporting evidence,” Nt’sekhe said.

Maimane said, “As South Africans, it should concern us that this is the first instance since the dawn of democracy in 1994 that a sitting president has been required to personally pay – out of his/her own pocket – the costs of litigation. This is the mark of a president who is solely focused on personal gain – not the interests of the country and its people.”

Wits University Associate Law Professor James Grant concurs that the DA was right in laying charges, but said we should expect nothing to come from it. Professor Grant said a charge of perjury against the president is viewed in a serious light.

“A charge of perjury against a president would be very serious and would, presumably, be pursued for many reasons. However, I think it’s fair to say that we are a long way from normal. The president faces hundreds of charges, each of which are very serious,” Grant said.

Maimane was asked to reveal his preferred presidential candidate who he thinks will be able to take the party and the country forward. “It doesn’t matter. The ANC is irredeemable.” DM

File Photo: Ousted South African deputy president Jacob Zuma addresses a press conference in Cape Town June 14, 2005 after being fired by President Thabo Mbeki. Zuma accepted Mbeki’s decision to sack him but protested his innocence of graft and insisted he had been tried unfairly by the media. Zuma was implicated in a court ruling convicting his former financial adviser Schabir Shaik of corruption and fraud. REUTERS/Mike Hutchings