Op-Ed: Looking back to look forward – the next 21 years of the Constitution 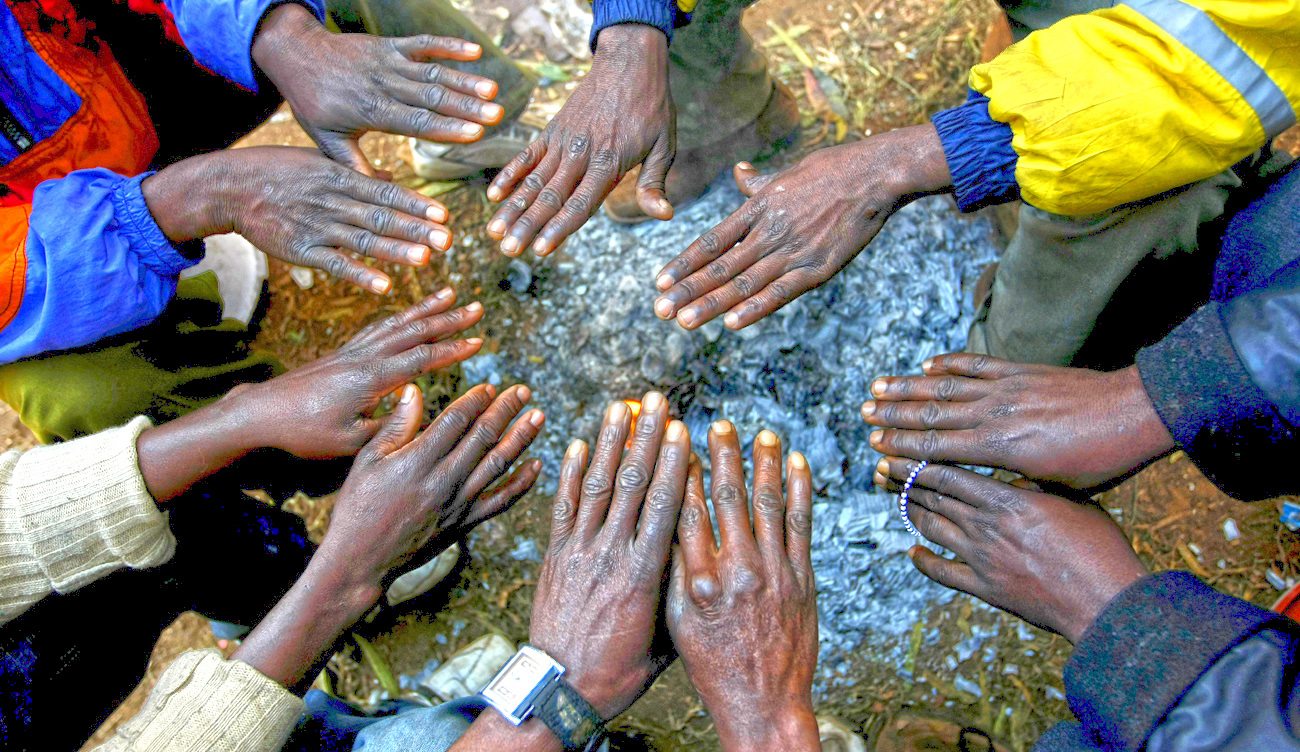 On 10 December 2017 the Constitution Hill Trust marked 21 years since the signing of our Constitution by holding a lekgotla in the foyer of the Constitutional Court. Present were a rare combination of judges, former judges, lawyers (past, present and future), politicians, activists and school children. On a stormy Highveld afternoon, in the shadow of the Johannesburg version of the Arch for the Arch, they debated the achievements and failings of the Constitution, as well as our relationship with it. Below is an edited version of comments made by SECTION27’s MARK HEYWOOD.

December 10, 2017 marked the 21st anniversary of the signing by Nelson Mandela of our Constitution. Today we come of age as a constitutional democracy, and I am grateful to the organisers of this event for creating an opportunity to reflect on the Constitution in a dignified way and in this most appropriate setting. It is a privilege to be part of a panel that includes living heroes like Justice Albie Sachs, whose passion and vision helped shape the Constitution, and Shaeera Kalla, a respected student leader from #FeesMustFall, a movement whose demands will test whether the Constitution can live up to its promise “to free the potential of each person”.

My few words today are drawn from my experience as a social justice activist (once upon a time we called ourselves “socialists”) over the last 20 years. They will reflect on two themes that have struck me from my experience of using the Constitution. These are:

To illustrate what I mean I will talk mainly about the litigation brought by the Treatment Action Campaign (TAC), 17 years ago, to compel the government to provide access to antiretroviral medicines to prevent mother to child HIV transmission.

I believe that this case, and the campaign that triggered it, is one of the greatest vindications of the Constitution – it is tangible and tested (as opposed to bookish and theorised) evidence of the Constitution’s power to alter lives for the better.

The restoration of dignity

I came to the Constitution through the HIV/AIDS epidemic.

In the early 1990s, at the very same time as the Constitution’s drafters were fashioning a template for a post-apartheid society based on equality and dignity, HIV had another plan entirely. Silently and unacknowledged this virus was rapidly accelerating its progress through vulnerable and poor people in our country – the same people who had the most to gain from freedom – and laying new foundations for disease, discrimination and death.

In the 1990s and most of the 2000s, before the advent of antiretroviral treatment, HIV used to announce its presence in the way it stripped people of their dignity. This happened on three levels:

However, as we began to use the Constitution as a legal counter to acts of discrimination I witnessed how invoking the Constitution often brought about a restoration of dignity for a person. I first witnessed this in a case we called “A vs SAA”, which eventually reached the Constitutional Court in 2000 and became known as Hoffman v SAA.

‘A’ was a young black man, flush with our newfound freedom. Yet when I first met him, he was broken. His dreams of freedom had been dashed by a senior manager at SAA who had heartlessly stamped “HIV +” – and thus considered unfit for employment – on his otherwise successful application to be a cabin attendant. But as ‘A’ fought back and learnt about his rights under the Constitution, learnt that avenues existed especially for people like him – victims of the abuse of power – I saw the restoration of self-belief.

Eventually the Constitutional Court declared that condemning someone to “economic death” because they had HIV was unlawful. Over the following years tens of thousands more people benefited from this prohibition on HIV related discrimination.

For the first time the court talked about Ubuntu.

But my most abiding memory of this process of restoration is of one of the activists in the TAC case, Sarah Hlalele.

My first meeting with Sarah was at her uncle’s small matchbox house in Sharpeville. I had been told her sad story by a member of a support group and drove out to enlist her to the TAC case. When I was ushered into the house I found her sobbing, huddled against the wall in a corner of a room, eating out of a pot (because the family would not allow her to use the normal kitchen utensils). Sarah was afraid of herself and the people around her.

Over the next year Sarah joined the TAC and many other young women with HIV to assert their constitutional rights on marches, in meetings and in the courts. By December 2001, when we won our first judgment, she was a different woman: dressed smartly, in her “HIV positive T-shirt”, openly living with HIV. Talking to the media.

I have seen mobilisation for the rights in the Constitution and litigation (in that order) take many, many other people along the same journey. I have seen how the Constitution, without fail, once explained, invests oppressed people with a feeling of dignity, autonomy and then agency.

I have seen this in transformation in thousands of people with HIV; among people with disabilities in the far corners of the Umkhanyakude district in KZN; in the mother and father of Michael Komape; and most recently in the bereaved families of the victims of the Life Esidimeni disaster.

That is why I insist that one of the greatest powers of the Constitution is the sense of dignity and worth it should bestow on “everyone” – that poverty and inequality is not our lot.

We are entitled to something better.

The latent power within the Constitution

For me, the clearest example that there is a causal relationship between the tangible advance of rights and a mobilisation to demand rights that culminates in litigation remains the TAC case.

The facts speak for themselves: when we commenced litigation in August 2001, 25% of mothers with HIV gave birth to HIV+ children; 70,000 infants died of AIDS every year. Cruel, preventable deaths.

Sixteen years later, as a result of a nationwide roll-out of antiretroviral medicines ordered by the court and enforced by the TAC on the ground, less than 2% of pregnancies of HIV positive mums lead to infection of the baby and there are fewer that 5,000 deaths of infants per annum!

But the TAC case was not just about the many thousands of lives saved. It created immeasurable hope. The momentum garnered by that mobilisation led to a huge infusion of resources into the health system. Although the TAC never had a need to come back to the Constitutional Court on the question of access to treatment it used its victory to inspire and animate every campaign it has conducted since then.

Every TAC activist is a constitutional rights activist.

Today access to treatment for HIV is the only issue in our country where social justice and equality can be said to exist; the over four million people receiving ARVs and care through the public health system can attest to that.

In this regard, I must say a special thank you to Albie Sachs and the judges of the Constitutional Court for your principle and bravery in that case. As is happening again now, as you are compelled to enunciate and protect constitutional principles related to the NPA and other crucial organs of state, you were under extreme political pressure and sometimes threat, but you did the right thing.

The future of the Constitution

I am bound, unfortunately, to end on a more sombre note. It is a pity that in the annals of jurisprudence the TAC case is as isolated as it is. It’s a proof of concept, but it’s a slender and vulnerable one.

So, as we celebrate the Constitution we must never forget that it is people-made… so it’s not eternal. It wasn’t easily created … but it can be swept aside easily.

In my view its ability to age and survive another 21 years depends on two things in particular:

Both can be achieved, and I have ideas about how, but that’s a discussion for another day. DM

Photo: African immigrants, displaced by anti-foreigner violence in Johannesburg, warm their hands around a small fire outside the Jeppe police station in the city, May 27, 2008. REUTERS/Mike Hutchings (SOUTH AFRICA)