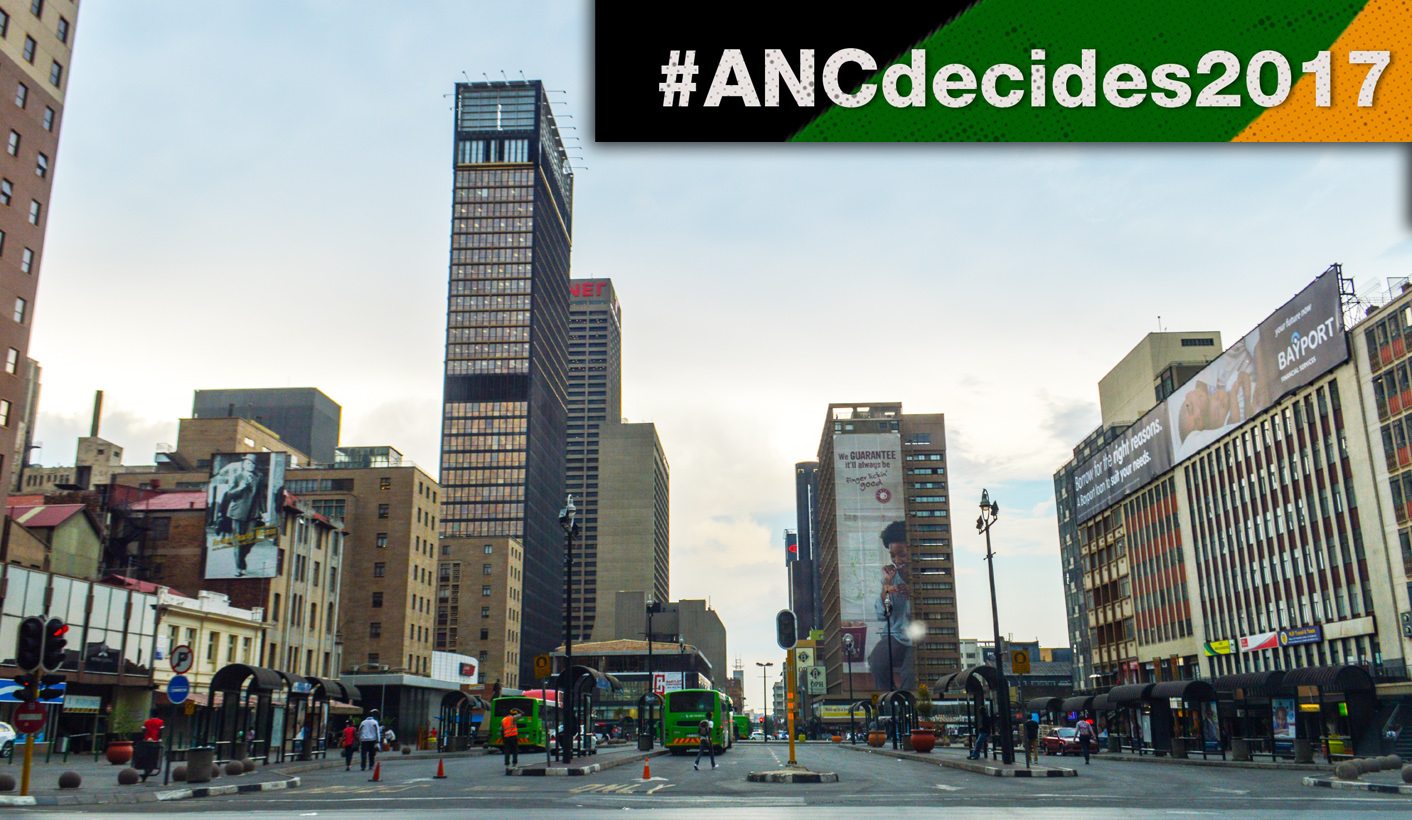 Logistics are in place for the 54th ANC elective conference. By ORATENG LEPODISE.

With only two days left till the highly anticipated ANC elective conference to be held at Johannesburg’s Nasrec Expo Centre, logistics are in place and the city’s business sector hopes to cash in on spill-over economic activities that will take place during the five-day conference.

Most hotels around Johannesburg’s inner city are fully booked for the duration of the 54th ANC elective conference which runs from Saturday 16-20 December.

“The conference will definitely benefit the economy, because you have people coming from different provinces and very few of them are close to Johannesburg so there will be some activities happening which will benefit the tourism and economic sector,” said Alan Mukoti, CEO of the South African Chamber of Commerce and Industry.

Mukoti said more than 4,000 delegates congregating in a certain area at one time constitutes a boost for the Johannesburg economy.

“You know with the ANC conferences there is usually a high level of vibrancy,” Mukoti said.

And if you are looking to let loose and party with the ANC delegates you might find them in nightclubs and venues around the city.

Cubana Fourways and the Booth Night Club both confirmed to Daily Maverick that special entertainment has been lined up for delegates.

Lucky Tshabalala, manager of the Booth Night Club in Sandton, would not reveal plans, saying they were still finalising arrangements.

On Friday, the ANC Youth League will host a welcome party at Cubana Fourways. “You need to book a table to get through the doors,” said a spokesperson for Cubana Fourways.

The price ranges from R2,000 for an ordinary table for four people to a VIP table for six guests at R10,000.

“The African National Congress Youth League has noted a poster which has been circulating on various platforms including social media and networks containing a face of the ANCYL President cde Collen Maine. The ANCYL wants to place it on record that the national leadership including the president have not organised a party on the eve of the ANC conference,” said the ANCYL in a press statement.

They were aware that the venue had been booked by somebody in the Youth League’s name, but distanced themselves from it.

Gold Reef City, which is a stone’s throw from Nasrec, hopes to attract crowds to its venue over the five days. Devash Govender, the venue’s communications manager, said:

“This is a very big conference and seems like it is going to be a hectic one; maybe the delegates will just come back to their rooms and sleep but I am hoping that they will also pop by the casino,” said Govender.

Delegates are travelling from the various provinces, including the Western Cape, who leave in four buses on Thursday. “We will be arriving on the 15th for the final registration,” said Khaya Magaxa, regional ANC chair.

Although policy and other matters will be discussed, the only thing that really matters immediately is the choice of the successor to replace ANC president Jacob Zuma and the new members of the National Executive Committee.

“We are happy, in fact we are over the moon for the conference. It is a highly contested conference and we know that we will be highly contested but we are hoping that when we come back we will return with Cyril as president,” Magaxa said.

Gauteng ANC delegates will also have the pleasure of staying in a hotel for these five days. “Bookings are done by national and all our delegates are accommodated because they cannot be expected to travel during this time,” said Nkenke Kekana, ANC Gauteng spokesperson.

Law enforcement services around Gauteng have contingency plans in place to ensure the safety of delegates.

“All law enforcements will be working together, we will also be managing the traffic around Nasrec,’ said Wayne Minnaar, Johannesburg Metro Police Department’s spokesperson.

Minnaar said officers will be managing traffic on Nasrec Rd, N17, Aerodrome Rd, Rand Show Rd, and on- and off-ramps of the N1, M2, M1 and N12.

According to Economic Development, Environment, Agriculture and Rural Development MEC, Lebogang Maile, the conference will bring some economic spin-offs, especially for the hospitality sector.

“Liquor trading hours will not be extended even though by law we have the discretion to do so,” said Maile.

Maile warned that any outlet selling liquor illegally will face the wrath of the law. “Our inspectors will be on the look-out, working closely with law enforcement agencies, especially the police. We will be conducting impromptu raids to monitor all outlets,” Maile said.

If there is a high demand for taxis during the conference it might just result in taxi service providers ramping up their prices. “When rider demand is unusually high the dynamic pricing algorithm automatically increases prices to encourage more driver-partners to come onto the app and cater for the demand.” said Uber spokesperson Samantha Allenberg. DM