Open letter to Deputy President Cyril Ramaphosa: The Sahrawi have a right to self-determination 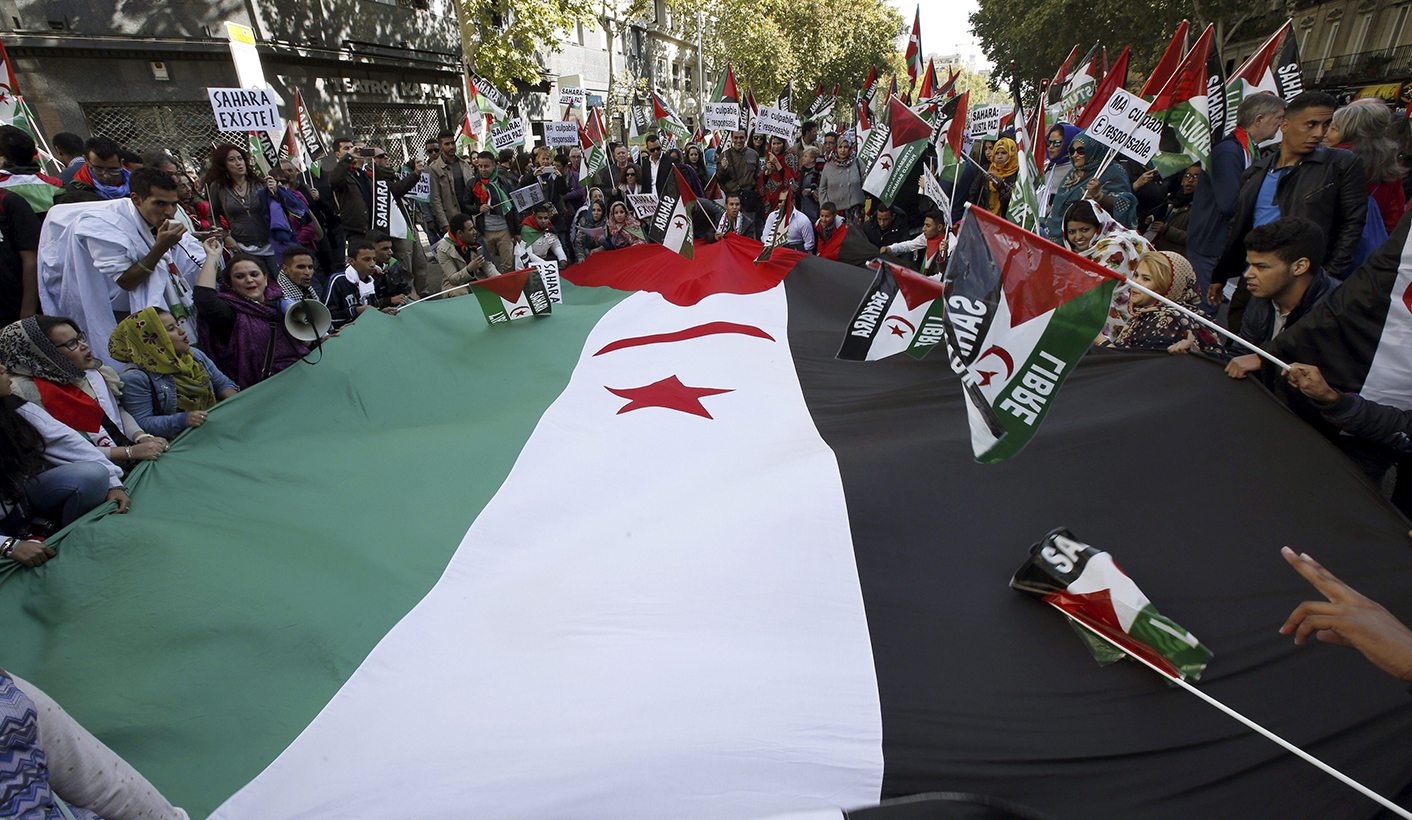 Deputy President Ramaphosa, I beseech that you ensure South Africa resists all pressure to grant diplomatic status to Morocco. By CATHERINE CONSTANTINIDES.

As you move towards the elective conference and a new leadership of the ANC emerges, I implore you to ensure that South Africa does not re-establish diplomatic ties with Morocco. Morocco must accede to the legitimate demands and inalienable right to self-determination for the people of Western Sahara. The kingdom has no valid claim to the territory of Western Sahara which it has illegally occupied for 42 years. It is troubling that South Africa, as one of the longest standing allies of Western Sahara, also known as SADR (Sahrawi Arab Democratic Republic), would now choose to exchange ambassadors with a country that has repeatedly demonstrated its profound contempt for international law and the United Nations (UN), and remains a brutal occupying power.

The history of the Western Saharan occupation is complex. Morocco invaded in 1975 after Spain, the prior colonial power, withdrew. “MINURSO” is the French acronym for “The United Nations Mission for the Referendum in Western Sahara”, the very referendum in question that was promised to the Sahrawi people in 1991. This was part of a UN-brokered ceasefire that ended the war that they had been fighting with Morocco since the invasion of 1975.

In line with clear international norms for post-colonial transitions, the referendum would give the Sahrawi the option to become an independent nation. They remain the only former colony in Africa that has not been granted this fundamental right which had been recognised by the United Nations to the Sahrawi people since the 1960s. The Sahrawi Republic is a full member of the African Union while earlier this year the African Union (AU) welcomed back Morocco, after they left the then Organisation of African Unity (OAU) in 1984 after the continental bloc refused to support Morocco’s occupation of Western Sahara. This is a disputed territory, rich in phosphate and natural resources, also believed to hold offshore oil deposits and a very rich fishing coastline. The occupied territory has been under Moroccan control since 1975.

Sahrawi refugees who fled when the conflict started in 1975 have been living in “temporary” refugee camps in Saharan Algeria, waiting in some of the most inhospitable conditions imaginable for the referendum to be held. They have forsworn armed struggle and placed their trust in the UN system, and in international law, to resolve the issue. In response, Morocco has repeatedly aggravated and prevented the referendum from being held; they have also flooded the Western Sahara with Moroccan settlers, and engaged in widely documented human rights abuses, including torture, imprisonment and harassment of Sahrawis in the occupied territory.

Morocco was re-admitted into the AU without any pre-conditions or terms; a grave mistake on the part of the AU and now this continental body must take responsibility for putting pressure on Morocco as a member state. The newly admitted member should now be obliged to respect the constitutive act of the AU i.e. internationally recognised borders, thus recognising the Western Sahara. Western Sahara is the last colony in Africa while the Sahrawi people’s right to self-determination is recognised by the AU, the UN, and in 1975 by the International Court of Justice (ICJ). There is no country that recognises Morocco’s sovereignty over Western Sahara.

Despite this, and despite reports of the exploitative plundering of natural resources and the infliction of grave human rights abuses, the urgency of renewed efforts to overcome the current impasse have been expressed repeatedly, yet still no sight of resolution or end to this painful struggle is near. Analysts have said that perhaps the kingdom’s decision to re-join the AU was driven by a desire to weaken the Frente Polisario (Sahrawi popular front) and to exclude SADR from the organisation, but it is also a strong reflection of re-establishing unconditional diplomatic ties with Morocco. This becomes the driver of their economy. The AU has been a significant arena for the Polisario to promote its diplomatic credentials, backed by heavyweight allies, thus South Africa cannot falter and shift on policy when it comes to our positioning on Western Sahara.

Morocco has also previously pressured its allies to expel Western Sahara from the AU. Against the backdrop of these diplomatic manoeuvres, one can expect Morocco to use diplomatic relations and trade deals it has signed with various African countries as leverage to influence the position of the AU in this dispute. As a matter of fact, Morocco has become more arrogant since its admission to the AU, instead of seizing such an opportunity to constructively interact with the continental organisation.

Some of Morocco’s renewable energy development is taking place in Western Sahara. Energy generated in Western Sahara – without the consent of its people – is exported back to Morocco. The royal palace regulates Morocco’s energy market and receives significant energy contracts in the occupied territory. This contravenes the UN’s legal opinion of 2002, which asserted that exploration and exploitation activities of the natural resources of Western Sahara could only be carried out in accordance with the interests and wishes of the people of Western Sahara. Morocco has not consulted the Sahrawi on its green energy projects in their territory, nor will the people of Western Sahara be the ones profiting. Morocco’s actions violate international law. South Africa cannot condone Morocco’s behaviour. Only in the face of strong regional and international pressure will Morocco begin acting as a responsible member of the AU and international partner of the UN.

Deputy President Ramaphosa, I beseech that you ensure we resist all pressure to grant diplomatic status to Morocco. South Africa must remain resolute in its policy and resolutions for self-determination of the Sahrawi people and instead of re-establishing diplomatic ties, let our action call for a return to direct negotiations with the Frente Polisario, the internationally recognised representative of the Sahrawi people, towards holding a referendum as soon as possible. Let us continue to be one of the strongest allies to Western Sahara as they continue to fight the oppression, illegal occupation, colonisation and heinous crimes against humanity that they suffer on a daily basis in the occupied territory.

Based on our own struggle and fight for freedom, our own history and legacy which captured the admiration of the world, South Africa must continue to stand in support of the Sahrawi cause. South Africa must continue to be the advocates of change for the continent. We cannot align ourselves to a state that continues to illegally occupy and colonise a fellow African nation. We must stand strong on our longstanding historical position and policy and fight for self-determination and sovereignty for the last colony in Africa. The Sahrawi are the forgotten people of our continent and will become a scar on the conscious of Africa.

Your urgent attention and consideration on this matter is greatly appreciated. In solidarity with the people of Western Sahara. DM

Photo: People hold a massive flag of the Sahrawi Arab Democratic Republic during a demonstration called by EUCOCO Support and Solidarity with the Sahrawi People, in downtown Madrid, Spain, 14 November 2015. Morocco has refused to hold a referendum on the disputed territory’s status in the western Sahara. EPA/ANGEL DIAZ