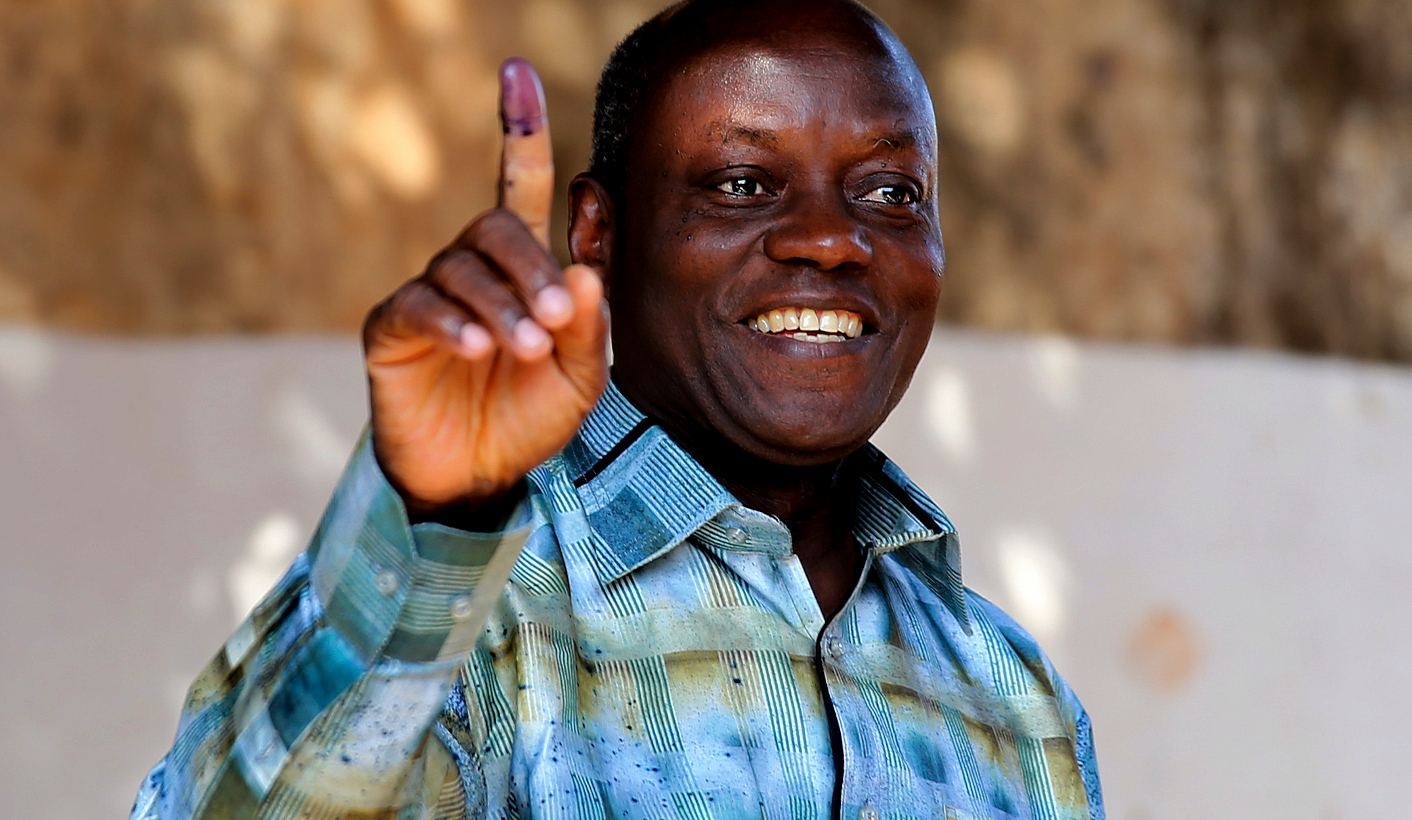 The organisation of elections cannot be considered a lasting solution to the country’s crisis. By Paulin Maurice Toupane and Adja Khadidiatou Faye for ISS TODAY.

The conclusions of this weekend’s 52nd  Ordinary Summit of the Conference of Heads of State and Government of the Economic Community of West African States (Ecowas) will be decisive in resolving the political deadlock in Guinea-Bissau.

Despite the three-month time limit given to Guinea-Bissau authorities at the Monrovia Summit in June 2017 to implement the Conakry Agreement, the country’s political stalemate remains. This was concluded after an Ecowas mission conducted on 1 and 2 December in Bissau, after consultations with the political actors.

The main deadlock to the agreement’s implementation is the appointment of Prime Minister Umaro Sissoco Embaló over Augusto Olivais, which wasn’t in line with the agreement. In an interview with Radio France International in November this year, Ecowas mediator – Guinea’s President Alpha Condé – said a consensual decision on a prime minister had been reached out of the possible candidates submitted by president José Mário Vaz.

The maintenance of Sissoco’s government, despite the expiry of the constitutional deadline for the adoption of his governance programme by MPs and the numerous pleas of the international community calling for the implementation of the Conakry Agreement, has aggravated political tensions.

As the deadlock persists and the deadline for the 2018 legislative elections looms, those responsible for the political crisis must be held accountable. Consultations must resume to find a solution that will allow reforms to be implemented. The organisation of elections cannot be considered a lasting solution to this crisis which should be analysed in the context of the country’s recurrent political instability. The mandate of the National Assembly ends in May 2018, and legislative elections are to be organised in the same year.

In theory, these legislative elections could clarify the political game by leading to the emergence of a parliamentary majority and the formation of a legitimate government. This would also prevent the National People’s Assembly’s mandate from expiring and Vaz from standing as the only actor with democratic legitimacy. His mandate ends in 2019.

In reality, holding an election without the political crisis being resolved, is likely to further divide an already polarised political class and create conditions conducive to results being contested.

The Collective of Democratic Opposition Parties of Guinea-Bissau, composed of 18 political parties, which has been demanding the implementation of the Conakry Agreement for months, says no election should be organised by the Sissoco government, which it considers illegitimate. This position is  reinforced  by the role played  by the Ministry of Territorial Administration in the electoral process, through the Technical Office for support to the Electoral Process (GTAPE).  This entity is responsible for voter registration and the establishment of the electoral register, hence the mistrust by the opposition.

Even in a best-case scenario, where parliamentary elections are held despite the institutional crisis and then lead to a clarification of the political game, the risk of a relapse into crisis remains high. This is because the major weaknesses and shortcomings of the institutional architecture are yet to be resolved.

The crisis has had a devastating impact on state institutions because of the inadequacy and vagueness of some of the constitutional provisions governing the semi-presidential system in Guinea-Bissau. This further highlights the need to implement reforms that have been scheduled for several years, including a revision of the constitution and the electoral framework.

There is broad consensus on the need to clarify important parts of the constitution, including the organisation and functioning of political power. There are also many political and civil society actors who advocate revisions to the electoral laws as required by the NEC report drafted after the 2014 general elections.

To find a solution to the deadlock, an additional round of consultations is needed, following the inclusive talks of 2016. This must be done in the spirit that guided the Conakry process. It must be inclusive and consensual, placing emphasis on the importance of implementing the major reforms that the country needs.

In these consultations, Ecowas – supported by the other international actors of the five groupings involved in the peace process in Guinea-Bissau (the African Union, United Nations, European Union and Community of Portuguese Language Countries) – should adopt a more directive and firm stance. The continuation of the crisis, despite the efforts of national and international actors, clearly shows certain key players’ lack of interest in stabilising the country.

The authorities have not been able to find a consensual solution, despite the three months granted by Ecowas and threats of individual sanctions. There is little hope for goodwill, and for political actors’ ability to go beyond self-interest. Ecowas’s failure to respond after the deadline for implementation of the agreement expired is also unlikely to encourage actors to honour their commitments.

Ecowas’s 52nd Ordinary Summit on 16 December is an opportunity for the regional organisation’s leadership to consolidate its position. Its credibility is at stake.

A follow-up consultation – which should not elevate the president over other stakeholders, as he is a protagonist in the crisis – should lead to the establishment of a government that includes a substantial number of competent technocrats and individuals who are as apolitical as possible within the current context.

Finally, this process should define, on a consensual basis, an electoral calendar that allows for the adoption of specific priority reforms before the legislative elections. The coupling of legislative and presidential elections in 2019, which would allow more time for the necessary reforms, should also be considered.

Ultimately, such a process should be guided not only by the urgent need to end the current political crisis, but also by the desire to create the economic, social and political conditions that will provide lasting structural responses to the chronic instability that has characterised Guinea-Bissau since its independence. DM

Photo:  Ecowas mediator and Guinea’s President Alpha Condé at a press conference after a meeting with French President Emmanuel Macron (not seen) at the Elysee Palace in Paris, France, 22 November 2017. EPA-EFE/PHILIPPE WOJAZER / POOL MAXPPP OUT