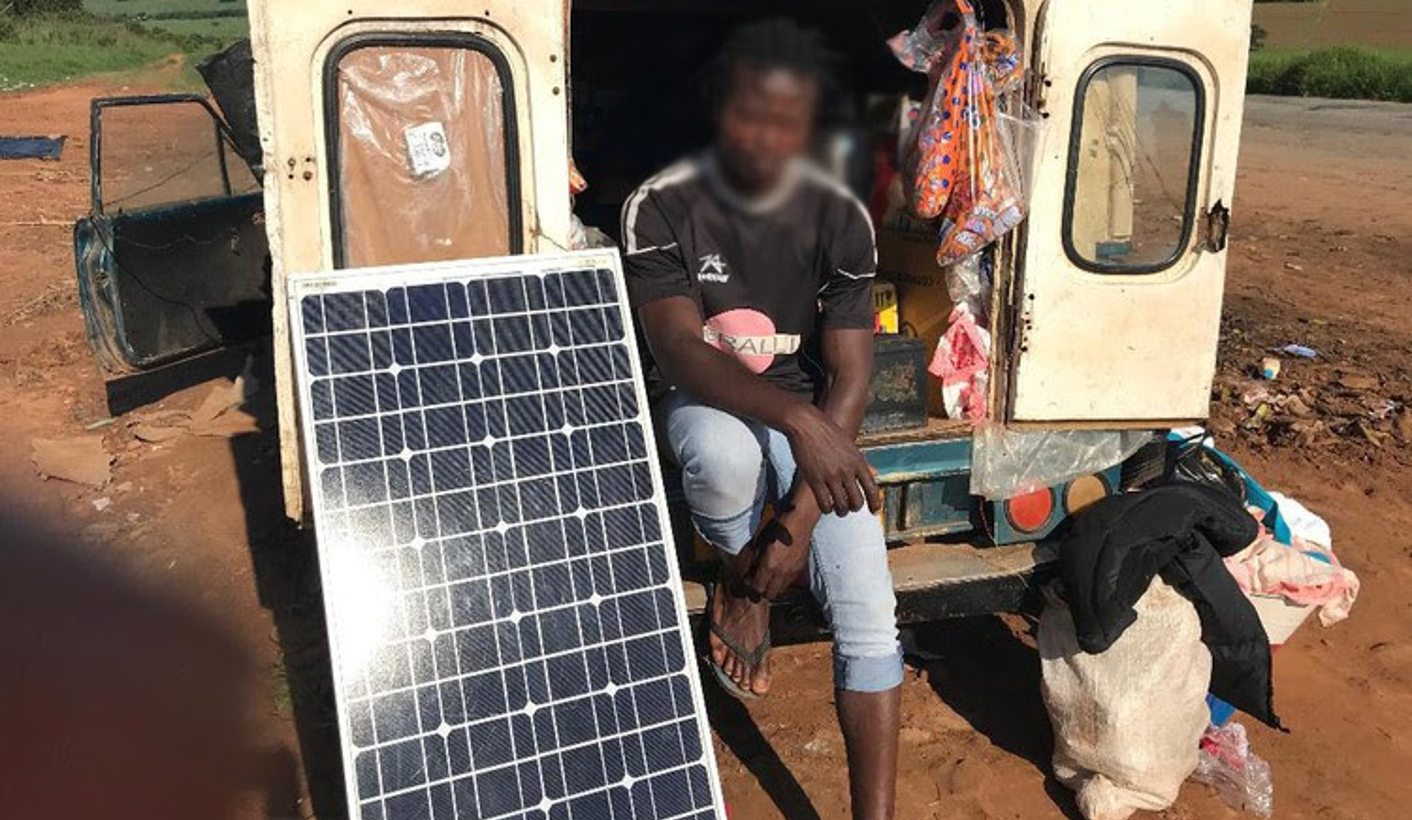 Cities are eerily quiet in the wake of “Operation Restore Legacy”. By Zimbabwean Reporter for GROUNDUP.

Two weeks ago, 23-year-old Chenjerai* earned $6 daily as a tout, shouting for passengers to board long distance buses from Harare. He also flagged down the minibuses which ferry 15 passengers at a time around the city, earning a “thank you fee” from every bus or minibus he filled. Not any more: Chenjerai has left the city following a ban on unlicensed bus touts by Zimbabwe’s army.

With his daily takings Chenjerai used to support a wife and two daughters and buy diabetes medication for his 59-year-old mother.

Now he lives in a rural district 250km from the city, earning $1.50 a day, sleeping inside a roadside van that doubles as a grocery store by day.

The army campaign to clear Harare of the touts who control the buses and minibuses has also been extended to the young men who fill up or drive unlicensed “pirate taxis” (small, rusty sedans).

The campaign began on 5 December. The move is said to be a follow-up to “Operation Restore Legacy” — the name for the army-led blitz that saw Robert Mugabe step down as president on 18 November. On 4 December, the Zimbabwe Republic Police, the Zimbabwe Defence Forces and the Harare Municipal Police drove around Zimbabwe’s towns, blaring warnings on loudspeakers to touts to vacate their “illegal” pick up points or face forced removal. Since then, touts have vanished, fearing beatings from soldiers.

“I fear they´ll break my bones if they spot me whistling, gathering travellers into a long distance bus or inner-city minibus,” says Chenjerai. “But this was my livelihood.”

“I’m now employed by a Good Samaritan, selling sweets and bread from a broken-down van that also serves as my bedroom. I live on the side of the road in this cubicle. I sleep next to loaves of bread,” he says. “$1.50 a day to sell bread and sleep inside this van is better than being in the city and hungry. But I don’t know how I’ll support my wife and mother.”

At gas stations along the highways of Mutare, Zimbabwe’s third city, touts can be seen jostling each other to retrieve dusty schoolbooks and plastic materials from rubbish bins for resale.

“We are fearful of appearing in public and shouting to fill buses and minibuses,” says Munya*, 31, foraging through bins at the bus rank in Mutare. The city is now eerily silent at night, with the touts frightened into silence.

In Harare, some touts are wilier. They instruct drivers to park their minibuses and taxi sedans at gas stations away from the gaze of soldiers and police. Then they whisper to roadside travellers and herd them silently to the hidden vehicles.

Before the restriction on their work, groups of touts were a visible feature of Zimbabwe´s cities. In the capital alone, touts would hang precariously to doors of moving sedan taxis, the mushika-shika (hustlers). They are loathed by the public because they are perceived to molest travelling women, or push the elderly into their favoured buses, taxis and minibuses.

But, says Promise Mkwananzi, president of the Zimbabwe Informal Sector Organisation, scruffy touts roaming the streets are a consequence of what he calls “the massive failure by Zimbabwe´s government to create decent jobs for its citizens”.

For his part, Chenjerai stares into the Chinese-made solar panel that provides lighting for his roadside “store-bedroom”. He is playing for time. “I want things to cool down. We touts will gradually return to the city again, at least after New Year.” DM

*Not their real names

All currency amounts in this article are in US dollars ($1 = R13.6 at time of publication)

Photo:After earning $6 daily as a bus tout, this man has had to move to a rural area where he earns $1.50 a day. He sleeps in this van. Photo: Zimbabwean Reporter