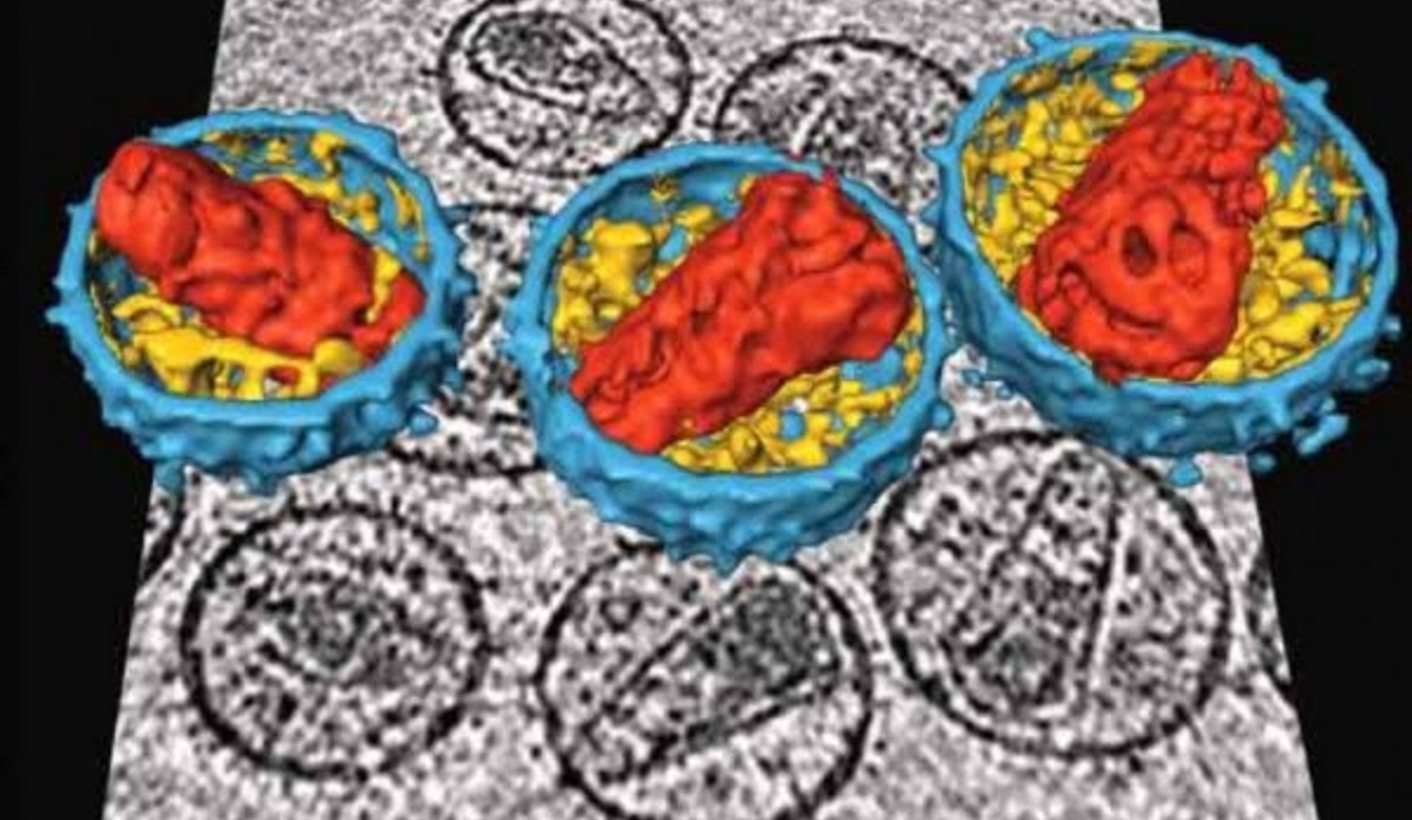 Over four-million people are on treatment but the programme may be stuttering. By Leigh Johnson for GROUNDUP.

It’s easy to forget where we’ve come from sometimes. The early 2000s were dark times for South Africa. Adult death rates were rising rapidly, and mathematical models projected that Aids deaths would rise to 800,000 per year in 2010. Demographers were estimating that by 2015, a third of all children would be orphans.

At the same time, president Thabo Mbeki equivocated over whether HIV causes Aids, and his defenders quibbled over whether the data showed evidence of a problem. The health minister and president of the Medical Research Council cast doubt over the effectiveness of antiretroviral treatment (ART), favouring instead nutritional interventions of dubious merit. The Mbeki government’s contempt for scientific evidence and denial of the unfolding disaster was considered by many to be criminal.

It was hard to imagine that Mbeki and his loyalists would ever yield. And even if by some miracle they did, there were concerns about whether it would be possible to turn the situation around. Nobody imagined that introducing a national ART programme would be easy – the drugs were expensive, patients required regular clinical monitoring, side effects and drug resistance were a major concern, and there was fear that health services simply wouldn’t have the capacity to adopt such a complex intervention.

There was limited information on the long-term effectiveness of ART, and all of it came from Europe and North America. It seemed reckless to hope for too much. Mathematical models suggested that an ART programme might yield a short-term dip in Aids death rates, but that Aids deaths would continue to rise in the longer term.

A public sector ART programme was introduced in 2004, but its expansion was hindered by the health minister, Manto Tshabalala-Msimang, who continued to champion alternative forms of treatment. The situation changed dramatically in 2008, when Mbeki and Tshabalala-Msimang were removed from office. Under the Motlanthe and then Zuma governments – and particularly under the direction of the new health ministers, first Barbara Hogan, and then Aaron Motsoaledi – the ART programme was strengthened and revitalised.

As one of the modellers responsible for the early pessimistic projections, I was both encouraged and perplexed by the changes to mortality that occurred around this time. Time and again, we would update our models to take into account the most recent mortality data, only to find when new data were later released that the model was over-estimating mortality. Mortality was dropping more rapidly than we were predicting. Part of the problem was that we were underestimating how rapidly the programme was expanding. After the doldrums of the Mbeki years, it seemed inconceivable that South Africa would not just meet the treatment targets in the 2007-2011 National Strategic Plan, but substantially exceed them: the number of people on ART increased from 366,000 in 2007 to 1.72-million in 2011.

We were also under-estimating how long people would live on ART. Many of the early published studies found that a high proportion of ART patients disappeared from patient record systems, and it was conservatively assumed that most of these patients had died. In reality, though, many of these patients had merely transferred to another treatment service, or temporarily interrupted treatment. When more accurate methods were used to determine the mortality of South African ART patients, we found that in fact the life expectancies of ART patients were close to those in the HIV-negative population, provided that they started ART before reaching the advanced stages of HIV disease.

In our most recent modelling study,  published this week in PLoS Medicine, we have attempted to look back on what the ART programme has achieved to date – and what could have been achieved. Based on calibration of our model to recorded death statistics over the period from 1997-2014, we estimate that by the end of 2014, 2.7 million South African adults had died from Aids. Annual numbers peaked in 2006, at about 231,000 adult Aids deaths per year, but by 2014 had dropped to about 95,000.

The number of adult Aids deaths in 2014 is estimated to be 75% lower than what would have been expected in the absence of an ART programme. In the period up to the end of 2014, there were 1.72-million fewer adult deaths as a result of the ART programme, and 6.15-million years of life saved. This is an astonishing achievement – in the course of human history, there have been very few medical interventions that have had such a profound impact.

However, the impact could have been greater. We used the same model to consider what would have happened if South Africa had adopted World Health Organisation ART guidelines immediately on publication, and if there had been greater access to ART among HIV-diagnosed people. In this scenario, the number of life years saved by the end of 2014 would have been 8.80-million. Put another way, the 2.65-million difference between the 8.80 million life years that could have been saved and the 6.15-million life years that have actually been saved is a tragic loss. It might have been averted if government health policy had been more favourable. It is also worth noting that this is only the loss of life in adults, and does not include the many thousands of children who died, many of them infected because of government refusal to promote the use of antiretrovirals in preventing mother-to-child transmission. Mbeki’s opposition to ART and flawed attempts to theorise the epidemic away have done enormous damage.

However, it would be simplistic to blame the deficiencies of the South African ART programme solely on Mbeki and the Aids denialists. Our model estimates that in 2014, 18% of all adult Aids deaths occurred among undiagnosed adults and 42% occurred among people who had been diagnosed positive but who had not started ART. People are still not getting treated, despite new guidelines that recommend ART for everyone with HIV. HIV counselling and testing programmes have been successful in diagnosing a large fraction of the HIV-positive population, but have mostly failed to convince newly diagnosed people of the importance of prompt ART initiation. Many newly diagnosed HIV-positive people feel healthy and believe incorrectly that they only need to start ART when they are sick, but by then it is often too late.

Clinics are struggling to cope with the increasing numbers of ART patients. The impressive growth rates in numbers of treated patients, seen in the early stage of Motsoaledi’s tenure as health minister, have slowed considerably. South Africa’s ART coverage rates lag those achieved in other African countries. In 2016, for example, the fraction of HIV-positive people in South Africa receiving ART was 53%, compared to 83% in Botswana, 66% in Malawi and 75% in Zimbabwe.

What can be done to improve the situation?

The process of ART initiation needs to be simplified – too often patients are discouraged from starting ART because of the need for lengthy pre-ART counselling sessions.  Recent trials have shown  that initiating ART in newly diagnosed people on the same day that they are diagnosed leads to substantially greater adoption of ART, both in the short and long terms. Health education programmes need to address the misconception that ART is only for when you are sick.

There is also a need for better continuity of ART care. Too often patients interrupt treatment, either because they are dissatisfied with the quality of care that they are receiving or because they move to a different area. Finding innovative ways to ensure that the same patient can be tracked across multiple clinics will be critical to achieving this continuity. The Western Cape Department of Health has shown that this can be done with the right information systems.

Predicting the future is a difficult exercise. It’s too soon to say whether progress reducing Aids deaths has stalled, but the early signs suggest that this may be the new reality in the post-2014 period.

South Africa often boasts that it has the world’s largest ART programme, but this is not particularly remarkable when you consider that it also has the largest HIV epidemic in the world. We are in danger of becoming complacent. A generation of HIV-positive South Africans may have risen like a phoenix from the flames of the Mbeki era, but more needs to be done to ensure that the phoenix does not fall back into the fire. DM

Leigh Johnson, who is based at UCT, is the developer of the Thembisa Aids model