ANC Leadership Race: Why court cases will probably not disrupt conference – and how the party plans to settle disputes 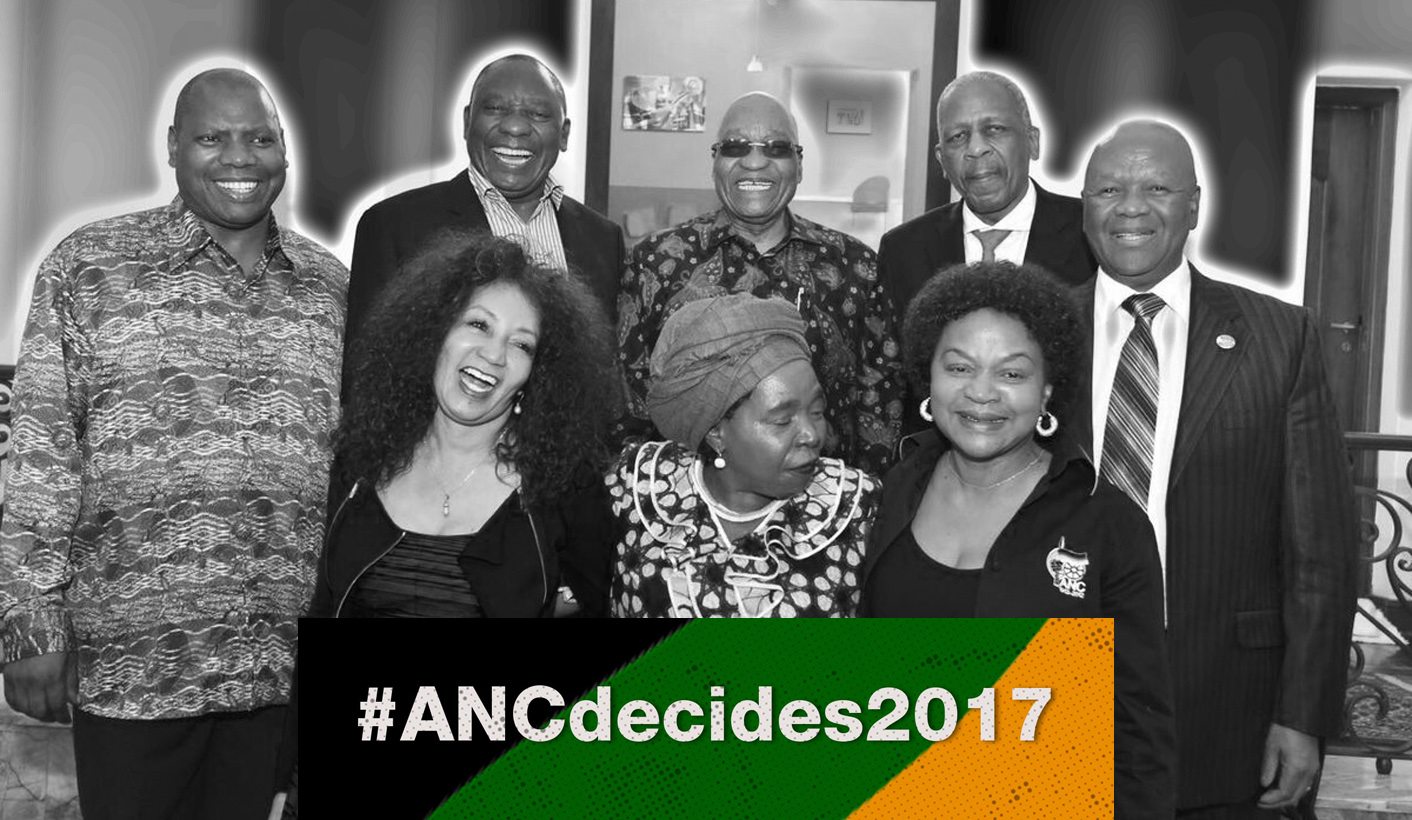 It’s ANC vs ANC in a frenzy of court cases with only a few days to go before the kick-off of the deeply divided party’s 54th national conference. Even though these actions are unlikely to hamper the conference, the ANC has plans to put an end to comrades resorting to lawyers to get justice. By CARIEN DU PLESSIS.

There is hardly a provincial conference in the ANC that has gone by in recent times without a court case. These cases inevitably involve one ANC camp against the other, and play into the presidential race to be decided at the upcoming national conference at the Nasrec Expo Centre.

ANC member and lawyer Krish Naidoo, who advises the ANC on legal matters and policy, said the party’s five-day conference, starting on Saturday, will go ahead despite a spate of court challenges. “No one has actually threatened the conference, they are more threatening the branches,” he said. He said the court cases had more to do with battles between the party’s competing factions, and with cutting down the numbers in the competing camps.

Before the 2012 conference the ANC’s provincial leadership, for instance, was dissolved and replaced by a provincial task team which attended the conference, but in the five years that followed the stakes got higher and the number of court cases got bigger.

On Tuesday the ANC in Mpumalanga was in court after presidential hopeful Mathews Phosa alleged irregularities in the nominations process, which saw 223 branches write “unity” on their nomination forms (123 nominated Dlamini Zuma and 117 went for Ramaphosa).

Phosa also alleged that there was intimidation by provincial chairperson David Mabuza. Shortly after this matter came before court in Johannesburg, there was an announcement that the parties had come to an agreement and that the case was withdrawn.

Phosa’s campaign manager, Ronnie Malomane, said the ANC agreed to form a task team for Mpumalanga to track branch complaints. Phosa got no presidential nominations even though he claimed to have support in a number of branches before.

In the Eastern Cape on the same day, a court dismissed a bid by the faction supporting former ANC chairperson Phumulo Masualle to have the conference where Oscar Mabuyane was elected to succeed him nullified.

Almost half of the delegates walked out of the conference at the end of October after chairs and water bottles were thrown, and after eight delegates were admitted to hospital. They were all supporters of Masualle. This camp had brought more than a dozen court cases in the past few months, but lost all of them.

There’s also a string of cases in the Free State. A court first ordered a conference to go ahead after the leadership’s term had expired, and when it was ready to do so, the court ordered a delay because 29 branch meetings were invalid. The conference went ahead anyway this week, with the participation of these branches separated from the rest to avoid further disputes from collapsing the entire conference again. There are allegations that there had not been a re-run of these branch meetings as the court had ordered. The conference was boycotted by the camp opposed to the re-elected ANC chairperson Ace Magashule and in favour of Ramaphosa as president.

This camp is expected to bring a fresh challenge on the basis that 84 branch disputes had not been dealt with.

Earlier, one of the first cases that appeared to threaten the conference was the party’s 2015 conference in KwaZulu-Natal, which was declared illegal and void by a court in September. The case, which was brought by the camp supporting Deputy President Cyril Ramaphosa, is on appeal.

The court cases, which have increased in recent years as the contestation between different camps in the party grew more heated, are the target of a proposed constitutional amendment which will be dealt with at the conference.

The party wants to establish a National Dispute Resolution Committee (it even comes with its own acronym, NDRC, which is not related to the NDR, or the National Democratic Revolution).

Naidoo said the aim was to put in place “sufficient avenues to deal with disputes, and that would create space for more discussion within the organisation as opposed to going external”. This will formalise the dispute resolution process and hopefully reduce court cases.

“It will create a process for individual members to vent their grievances, challenges and concerns, from a structural side and an individual side, so you don’t have this issue where people run off to court and say in terms of section such and such I’m being deprived of my rights,” he said.

The proposed amendments are set out in Appendix 5 of a document circulated by party Secretary-General Gwede Mantashe in September.

According to this, any branch, sub-region, region or zonal structure “which is aggrieved and directly affected by the functioning of the ANC and its structures” may declare a dispute.

Issues that can be addressed by disputes include “the failure by a branch to properly convene its Annual General and Biennial General Meetings” in terms of the party’s constitution or the national executive committee’s guidelines; the “failure or refusal by a branch to recognise a member, duly elected by the branch, to represent it as a delegate at any conference of the ANC”; anything a branch does to get a quorum at meetings that is not in the ANC constitution, and the refusal to allow delegates to attend a party conference when they are entitled to attend.

The committee can then resolve a dispute with or without a formal hearing and file a report with the party secretary-general. There will be five days for an appeal and three days after that for a “cross appeal”, or sooner if it’s urgent.

The decision by the appeal committee “shall be final and binding on the parties and neither party shall have any further recourse to a court of law or other structure or office of the ANC”.

The issues to be addressed by this committee have frequently arisen in the run-up to recent elective conferences, as divisions within the party deepened.

In the past few weeks dispute resolution committees consisting of teams of national executive committee members have been going to provinces to resolve branch disputes. They seemed to have achieved a measure of success, although in KwaZulu-Natal there were rumblings about science and technology minister Naledi Pandor’s deployment to the province. Pandor was named on Ramaphosa’s slate as deputy president candidate, while KwaZulu-Natal largely supports Dlamini Zuma.

Party leaders have also been trying to discourage members from running to courts, even painting it as behaviour alien to the party.

Whether dispute resolution mechanisms will cure the symptoms of what has been identified as a bigger ill in the party – faction fighting, a competition for resources and gatekeeping – is another question. DM

Photo: President Jacob Zuma and the candidates for president of the ANC, 23 November 2017. (Presidency SA)