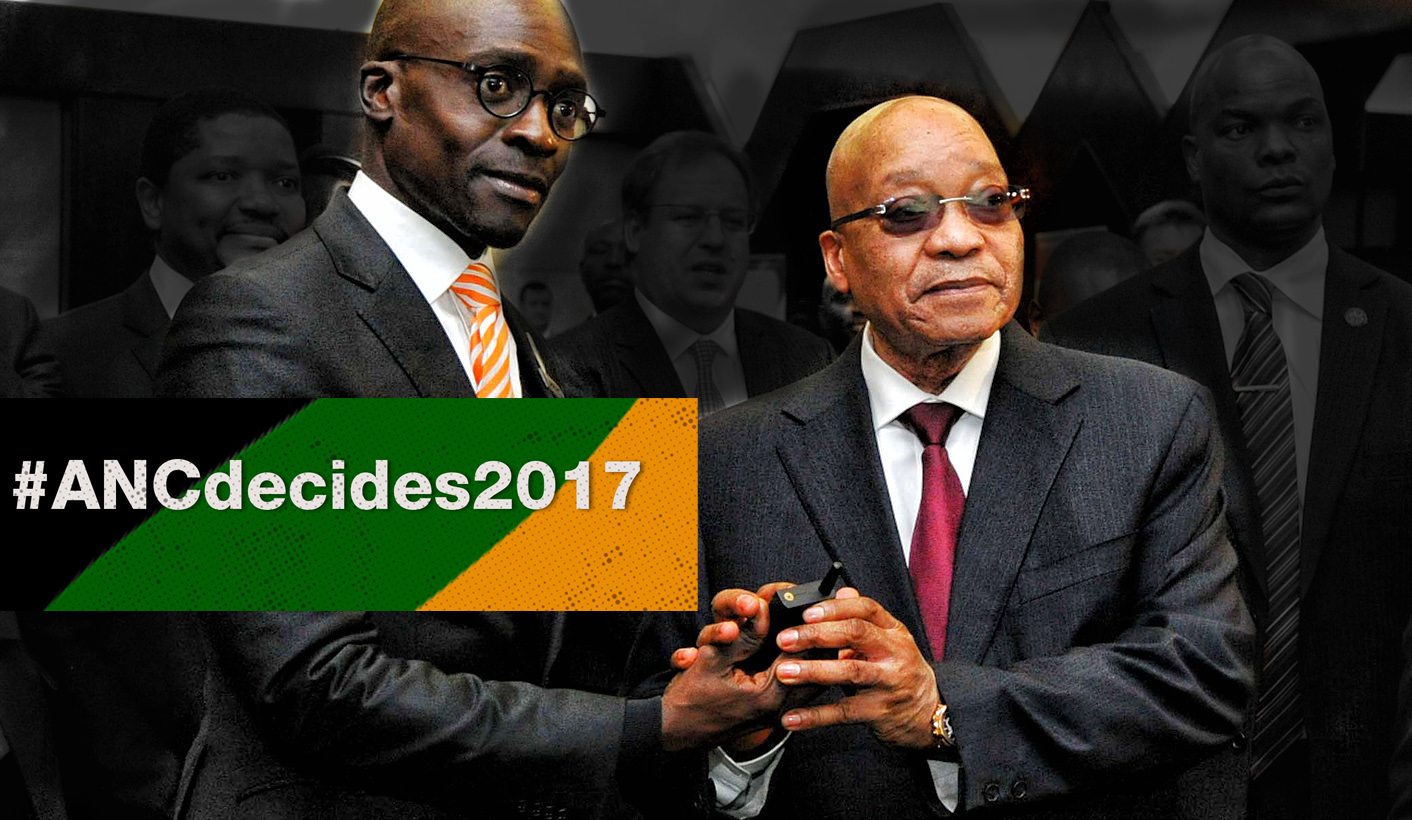 There’s the big picture stuff policy, but the ANC as self-proclaimed leader of society is also proposing a Smarties box of policy wishes and hopes at its 54th national elective conference from this weekend. By MARIANNE MERTEN.

VIP enclosures, holding rooms, bodyguards and fancy cars “that separate us from the people when we are going to meet them” may just fall by the wayside from 2018. “We must behave as servants of the people, not bosses or celebrities,” say the organisational renewal proposals arising from the mid-year policy conference which greatly analysed and discoursed about social distance.

In ANC lingo, social distance is linked to, among others, the “sins of incumbency”, or all the protocol paraphernalia that accompanies being in control of the levers of state power – luxury sedans and 4x4s, bodyguards, special mobile loos with running water and even proper cutlery and plates when there is a community imbizo:

“Even the strongest ANC supporters agree the ‘sins of incumbency’ are deeply entrenched. Many organisations and thought leaders have become critics of the ANC and its leadership and we are losing much of our influence and appeal among students, young intellectuals and the black middle class.”

On migrants (illegal), peace and stability

One proposal talks of “strengthening the capacity of the state to maintain domestic peace and stability and to deal effectively with threats to domestic stability caused by illegal migrants”.

It remains unclear what exactly is contemplated and how this would be executed as the ANC maintains it has no xenophobic tendencies. But this proposal links back to the draft policy resolution on moving home affairs into the security cluster of government (alongside state security, the police, the defence force and justice). That move has been under way in government since early 2016 following a Cabinet decision that was reiterated in March 2017.

On the national anthem

ANC branches needed to be “clear on the difference between the ANC anthem and the South Africa national anthem”. The party anthem is Enoch Sontonga’s Nkosi Sikelel’ iAfrica (God bless Africa), while the national one includes just two stanzas of this song together with a bit of the apartheid Die Stem and an English verse.

“ANC branches must utilise the government information booklets on national and AU (African Union) symbols as well as anthems, to ensure that national symbols are known in our communities and treated with appropriate etiquette,” the proposal says. It’s not quite clear what happened to a previous policy proposal that the national anthem should be sung regularly at school assemblies.

On arts, culture and sport

More local content should be produced and screened on television and radio “to reflect our values”, while the ANC should bring back its cultural desk in co-operation with the Creative and Cultural Industries Federation of SA (CCIFSA). And the ANC should have “cultural ambassadors to pursue cultural diplomacy”, while a cultural and creative industries transformation and performance charter needed to be drafted.

“ANC should ensure that there is continuous building of national monuments to commemorate and remember our rich history and heritage,” according to the draft proposal that emerged in the mid-year policy indaba.

Meanwhile, a 5% sport ticketing levy is mooted for all major and designated sport tournaments to fund sport development, particularly as policy proposals want sports to be entrenched at schools – and standardised “across the country both in poor and affluent areas”.

Amid this year’s controversies, and official investigation of particularly the so-called happy-clappy churches, where members are made to eat grass, drink petrol and such, the policy proposals include one that “abuse of religion for sexual predation by some priests must be combatted”.

Amid the plethora of civil society and private sector drives and projects to collect and distribute sanitary towels to girls – key to keeping them in school every day of the education calendar – the ANC is proposing that the state institute the compulsory provision of sanitary towels to girls and women, “starting with the indigent girl learners and young women and those in the care of state institutions”.

The zero VAT rating of sanitary products was initially proposed in April 2016 by Parliament’s committee on women in the presidency, on the back of a vocal IFP MP Liezl van der Merwe.

The uMkhonto weSizwe Military Veterans Association (MKMVA) should be turned into sentinels at national key points and government buildings to replace private security.

This is part of the ANC as party and as government narrative, which focuses on national security and views private security firms, which hold significant overseas interests, as undermining South Africa’s sovereignty. Parliament in 2014 passed the controversial Private Security Industry Regulation Amendment Bill, which stipulates at least 51% local ownership in all security services, but this Bill has been sitting in President Jacob Zuma’s inbox awaiting his signature into law.

MKMVA makes some public appearances in what has been widely and scathingly dubbed their PEP uniforms, to protect ANC Luthuli House head office from DA marchers, or at ANC conferences at whatever level from local to national, and ANC events. It remains unclear from the proposals how military veterans would be deployed to such security services – as leagues or as a newly formed security service company of military veterans.

Proposed is a two-year optional national youth service that would include “sporting, recreational, military and vocational training” to build a socially inclusive society. The proposal notes “more work under way in this regard”, although a rural youth service is already up and running under the auspices of the Rural Development Department.

There’s more, much more, but whether such policy proposals will be discussed or just slipped into the conference declaration remains to be seen. DM