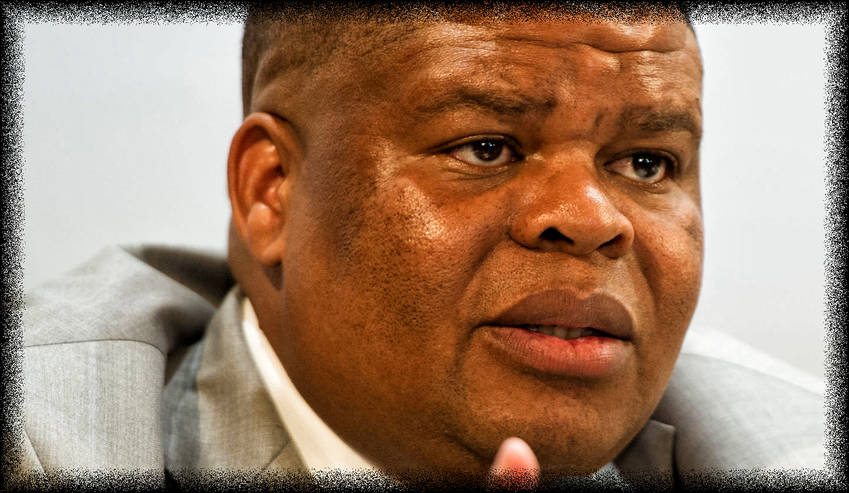 At a media briefing on 7 December 2017 during the so-called “Energy Indaba”, Energy Minister David Mahlobo announced that the long-awaited Integrated Resource Plan for electricity, IRP 2017, had been finalised and approved by the Cabinet the night before. By CHRIS YELLAND.

IRP 2017 sets the course for the technology mix, quantum and timing of new generation capacity required to meet South Africa’s electricity demand forecast for the years from 2017 to 2050, and it therefore has massive economic, social and cost implications.

The Energy Indaba had been hastily arranged by the Department of Energy (DoE) and its subsidiaries, CEF and NECSA, for 7 and 8 December, shortly before the ANC elective conference scheduled from 16 to 20 December 2017.

It is thus clear that the deliberations of the Energy Indaba had no influence on IRP 2017, and cannot be considered to be any form of stakeholder or public consultative process for the IRP.

Minister Mahlobo also made it clear that there would be no further stakeholder or public consultations on the various scenarios modelled, on the electricity price trajectories of the scenarios, or any cost/benefit analyses of these scenarios.

It became apparent that in reality the Energy Indaba was something of a show, intended to promote the “energy mix” policy of government and to reinforce and drive through a predetermined, irrational decision to force new nuclear power into the mix.

Unfortunately, the final IRP 2017 has still not been released or gazetted yet, so we are not privy to the details of what it actually says, and the assumptions upon which it is premised.

But from what Mahlobo indicated at the media briefing, the mix of generation technologies in IRP 2017 has certainly not been determined by international best-practice planning methodology based on rational modelling using up-to-date assumptions and technology costs.

Instead Minister Mahlobo said IRP 2017 would simply use the generation mix determined in the long-outdated IRP 2010-2030, with all technologies scaled back proportionally by about 20% as a result of a reduced demand forecast.

In the process, two years of modelling of numerous scenarios using international best-practice planning methodology, including the latest IRP work done for the DoE in November 2017 by Eskom itself, was thrown out the window, simply because this did not yield the politically desired outcome.

Of course, the approach taken in IRP 2017 as outlined by Minister Mahlobo is fallacious, and makes a mockery of international best-practice in energy planning and IRP methodology.

Instead of proceeding using energy generated at least-cost, with timing necessary to meet a growing electricity demand, while also meeting specifically defined and modelled policy and technology constraints, the old mantra of proceeding “at a pace and scale that the country can afford” was trotted out again.

Project costs, said Minister Mahlobo, would be determined in due course on a case-by-case basis before proceeding with a project.

It is thus clear that the technology mix adopted in IRP 2017 is not based on any prior costing of the proposed mix, nor on a cost/benefit analysis of various alternative scenarios, nor on the electricity price trajectories resulting from these scenarios.

It was explicitly stated on page 6 of the promulgated IRP 2010-2030 that the 9,6 GW of nuclear power in the mix to 2030 was not the outcome of the least-cost scenario modelled, but rather it was a policy adjustment “to account for the uncertainties associated with the cost of renewables”.

The learning curves for renewable energy used in IRP 2010-2030 assumed the costs of renewable energy would decline significantly, but this had not yet been proven through the REIPPP process. Nuclear power therefore came into the mix as a policy decision to mitigate this risk.

In the event, by 2017 it has become abundantly clear that the renewable energy technology costs and learning curves assumed in IRP 2010-2030 were substantially correct, and if anything, wind and solar PV energy prices have dropped even lower than that assumed. Thus the risk of using forecast price reductions for wind and solar PV no longer exists.

So if the IRP 2010-2030 process is rerun today with actual renewable energy technology costs in place of forecast costs, together with the demand forecast reduced by 20% as indicated by Mahlobo, there is simply no need for new nuclear or new coal power in the mix at all, not only from 2017 to 2030, but also from 2031 to 2050.

This demonstrates the absurd logical contradiction in the approach indicated by Mahlobo of adopting the IRP 2010-2030 technology mix while simply scaling back all technologies proportionally by 20%.

As IRP 2017 has still not been gazetted and is therefore unavailable for scrutiny, its rationale is far from clear.

However the real rationale for adopting the IRP 2010-2030 generation technology mix in IRP 2017 could be just to adopt quick and simplistic approach to maintain the mix previously approved in 2011, but with each technology simply reduced proportionally, ostensibly to account for the new demand realities.

This would, of course, maintain nuclear energy as a significant part in the mix, while overcoming all modelling outputs indicating that nuclear power is not required at all in light of proven renewable energy cost reductions.

It can then be (wrongly) argued that because IRP 2017 is not really a new IRP, it does not require a full stakeholder and public consultation process, so that an IRP 2017 that again includes nuclear can simply be bulldozed through.

Depending on the nuclear technology cost assumed, preliminary modelling indicates that by 2030 the technology mix stated by Minister Mahlobo for IRP 2017 will cost South Africa between R25-billion to R50-billion more per year than the optimal, least-cost scenario presented in the latest IRP study by Eskom, as well as in several IRP studies based on international best-practice.

If the lesser (R25-billion) annual differential by 2030 is assumed, with a linear increase for the cost differential from 2017 to 2030, the accumulated additional cost by 2030 will be R100-billion (in present value Rands) above the optimal least-cost option – with no cost/benefit analysis conducted.

Of course, beyond 2030 this additional cost burden will increase still further.

It seems that an irrational IRP madness is gripping the energy sector at this time, centred on the ideology of radical economic transformation, and a desperation for economic empowerment and private access to energy resources through the state and various state-owned enterprises.

There is clearly a dumbing down and a reckless populism in energy decision making by government as the Zuma period draws to an end in South Africa.

The current chaotic IRP 2017 planning process outlined by Minister Mahlobo may only be stopped by a legal challenge, or a change in political direction following the ANC elective conference from 16 to 20 December 2017.

Robyn Hugo, a lawyer and Programme Head, Pollution and Climate Change at the Centre for Environmental Rights (CER) commented:

“If the approved IRP 2017 simply reduces the various energy sources proportionally from that indicated in IRP 2010-3030, then the public comments given earlier this year on the base-case and its assumptions – including expert input from various reputable research institutes – were not taken into account. This makes a legal challenge extremely likely, with good prospects of success in court.” DM