South Africa’s latest threat to withdraw from the ICC, or, How to Squander Leadership 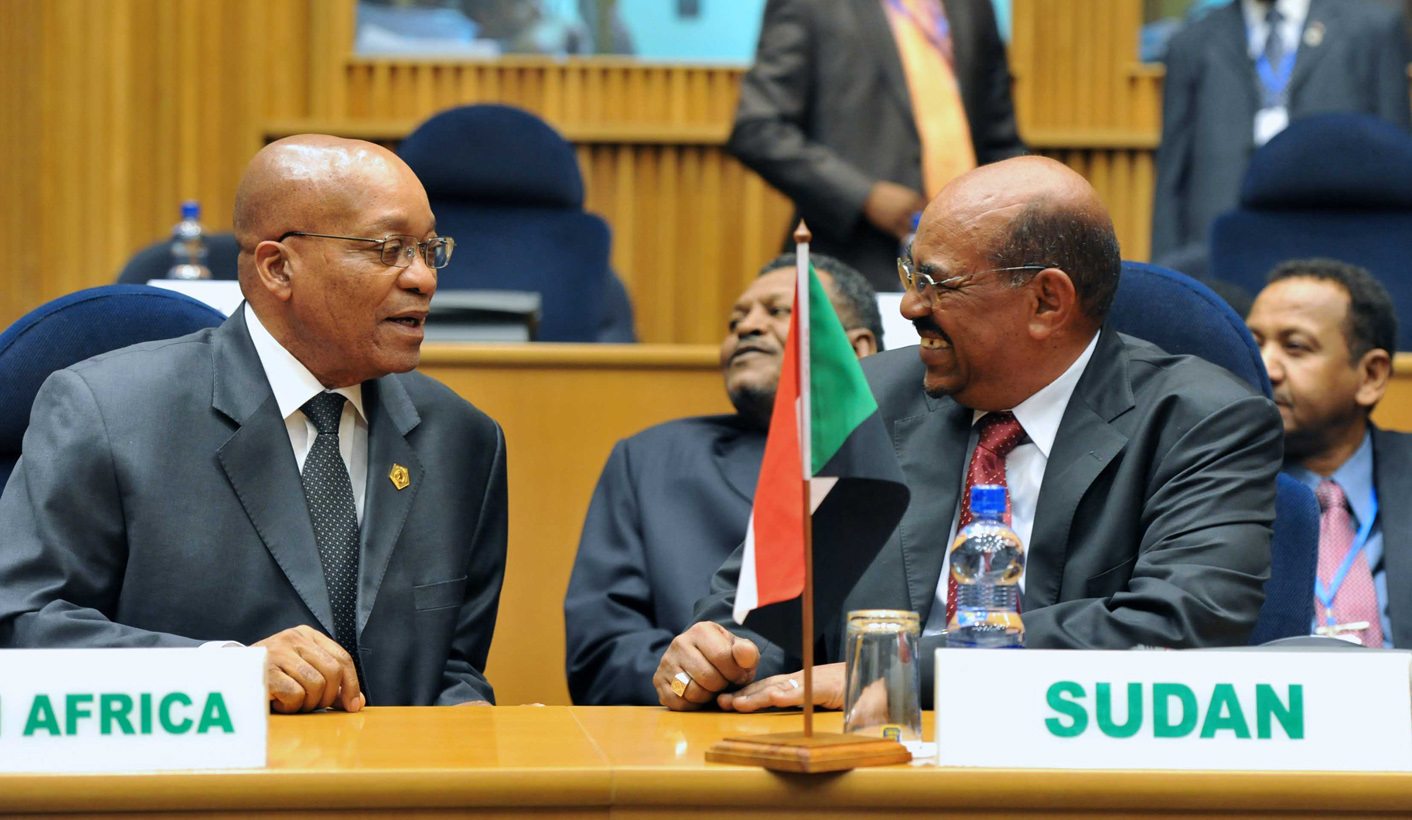 It is time for serious debate about Africa’s and South Africa’s commitment to the international criminal justice project, reform of the International Criminal Court and the UN Security Council’s relationship with the court, and a sober reflection of how to resolve the real tensions between the African Union and the ICC. By MAX DU PLESSIS.

This time in 2016, South Africa stunned the world by an announcement, delivered in New York, that it was withdrawing from the International Criminal Court (ICC). That decision was rapidly and successfully challenged, with a Full Bench of three judges in the Pretoria High Court ruling emphatically in February 2017 that President Jacob Zuma’s administration had acted unlawfully by trying to remove us from the world’s first permanent international criminal court, not least of all by an attempt to bypass Parliament in the process.

The same regime had attempted to bind South Africa – and future generations of our children – to a toxic international treaty with Russia for 9.6GW of nuclear power. It was challenged in court again, and on that occasion the Cape High Court ruled in May 2017 that it was impermissible for it do so. Notably, Zuma’s executive had again, unlawfully, attempted to bypass Parliament in the process.

But Zuma’s ministers are back at it again. Minister of Justice, Michael Masutha, flew all the way to New York to announce on Wednesday, 6 December, that South Africa was having another go at withdrawing from the court. For a government so intent on leaving the court, it is curious that the minister would deem it necessary to expend all those public funds to deliver the message in person in New York. Why not simply send a diplomatic note?

Some speculated, perhaps unfairly, that there was shopping to be done. More damaging were the optics and the timing: while Masutha, straight-faced, sought to suggest that South Africa had to withdraw so that it could better pursue its role as peace-maker on the continent, Zuma’s government was perceived as cosying up to the likes of President al-Bashir of Sudan and other African strongmen at the African Union who would prefer to commit atrocities with impunity. Remember that Masutha’s statements came in the same week that The Economist carried its lead story that South Africa is broken by corruption, with President Zuma at its head. As one notable diplomat put it to me in New York: President Zuma appears to be allergic to accountability, both at home, but now also abroad.

So Masutha’s speech was a depressing one to the Assembly of States Parties – not only because of its message, but coming at a time when South Africa’s standing in the world’s eyes is near Zuma-bottom. People sat in frustration and quiet (in)dignity while he lectured them that he would soon submit to Parliament South Africa’s intention to withdraw from the ICC. He would also introduce a bill to scrap South Africa’s Implementation of the ICC Act 27 of 2002 (a piece of legislation heralded by our courts as world-leading and considered by the world to be so), which had inserted the ICC’s Rome Statute into domestic law. The ultimate motivation for this move, said Masutha, was that South Africa was upset with the ICC’s decision that had ruled against it on 6 July 2017 in The Hague, arising from its failure to arrest President al-Bashir for genocide, and the court’s failure in particular to recognise the immunities that al-Bashir was said to be entitled to as head of state.

The tragedy of lost leadership was apparently lost on Minister Masutha. Make no mistake, the issue of immunity for heads of state is one that deserves serious attention, and the ICC itself and the UN Security Council have done themselves no favours by not confronting the issue clearly and promptly, particularly in respect of African states parties that are caught between their obligations to the ICC and their membership of the African Union. But the details of those debates, and their importance for the future of the ICC, are precisely where South Africa’s strength and potential lies. Instead of acting like a petulant spoiler (“the court didn’t find for me, so now I’m not playing any more”), the opportunity to act like a leader was obvious. It was a man from another era, in the past that feels like another country, who once said:

“A real leader uses every issue, no matter how serious and sensitive, to ensure that at the end of the debate we should emerge stronger and more united than ever before.”

Had Masutha been more like Mandela (who uttered those words), and Zuma less like Bashir (who must be delighted by South Africa’s efforts to assist him), we might have considered ourselves poised to lead in the following ways. That is, instead of its strategy of rejection and withdrawal thus far, South Africa could set the tone by working to improve the ICC from within and to help set the agenda of that institution. That approach would start with an acceptance of the ICC’s 6 July decision as the last word (for now) on the topic of immunities, and certainly as binding against South Africa – remembering that South Africa could have appealed the decision to the Appeals Chamber, but chose not to.

Then, South Africa could have engaged with other States Parties to reform the referral process by which the ICC is given competence by the UN Security Council over crimes allegedly committed in territories of non-State Parties. The fear of politicised and opportunistic referrals by the council as well as the financial burden placed upon the court that result from them should be carefully considered by the court and its organs to ensure that it is not doing anyone else’s business but its own. In Africa alone, 34 countries have ratified the Rome Statute; if co-ordinated, their joint effort would represent the most powerful bloc within the treaty system. Others might join with similar concerns.

Second, South Africa could help the ICC dispel a sense that its prosecutor has been overly selective in the cases that it was willing to entertain, avoiding cases (think Palestine) where powerful proxy states like the US would prefer the ICC to look the other way. Again, South Africa could lead the pack of states that genuinely want a court liberated of its political shackles and which puts its resources where its mouth is: towards prosecuting suspected war criminals regardless of nationality and political friendships.

Third, South Africa could help to solve the issue of immunities and, in particular, constructively debate the problem of heads of state being accused of ICC crimes. And here a course of action for South Africa would see it and others direct efforts at the UN Security Council by insisting that, where the council intends to remove immunities from state officials when sending cases to the court, it should do so unambiguously. That has not been done thus far, which has greatly contributed to the lack of clarity around the issue before the ICC.

When dealing with Africa, the council could also be encouraged to improve its consultation process with African states and the African Union in relation to ICC matters. South Africa is ideally suited to contribute to this process of reform and to serve as a bridge-head. This would also provide a worthy entry point to another important endeavour: UN Security Council reform, more generally. Unless the council is improved to build impartiality and neutrality in its work, it will continue to contribute to a view that referrals by the Security Council are sinister political ploys rather than efforts at achieving universal accountability for mass atrocities.

It is time now for serious debate about Africa’s and South Africa’s commitment to the international criminal justice project, reform of the ICC and the Security Council’s relationship with the court, and a sober reflection of how to resolve the real tensions between the AU and the ICC. The ICC needs all the help it can get – it is in need of friends who are willing to stick by it even when it renders less than helpful contradictory decisions on immunity, and particularly when multilateralism and our previously shared commitment to international criminal justice are under threat.

And it is time now to hope for a move away from the Zuma years – they could not end more quickly. With a new government, and new ministers, South Africa stands poised to be a re-invigorated insider. By re-engaging constructively with the ICC, South Africa would display a re-commitment to values so sorely lost or threatened under Zuma’s government: accountability, the rule of law, shared values, and principle. DM