ANC Leadership Race: Just one week before the show, Dlamini Zuma’s side appears to feel the pressure 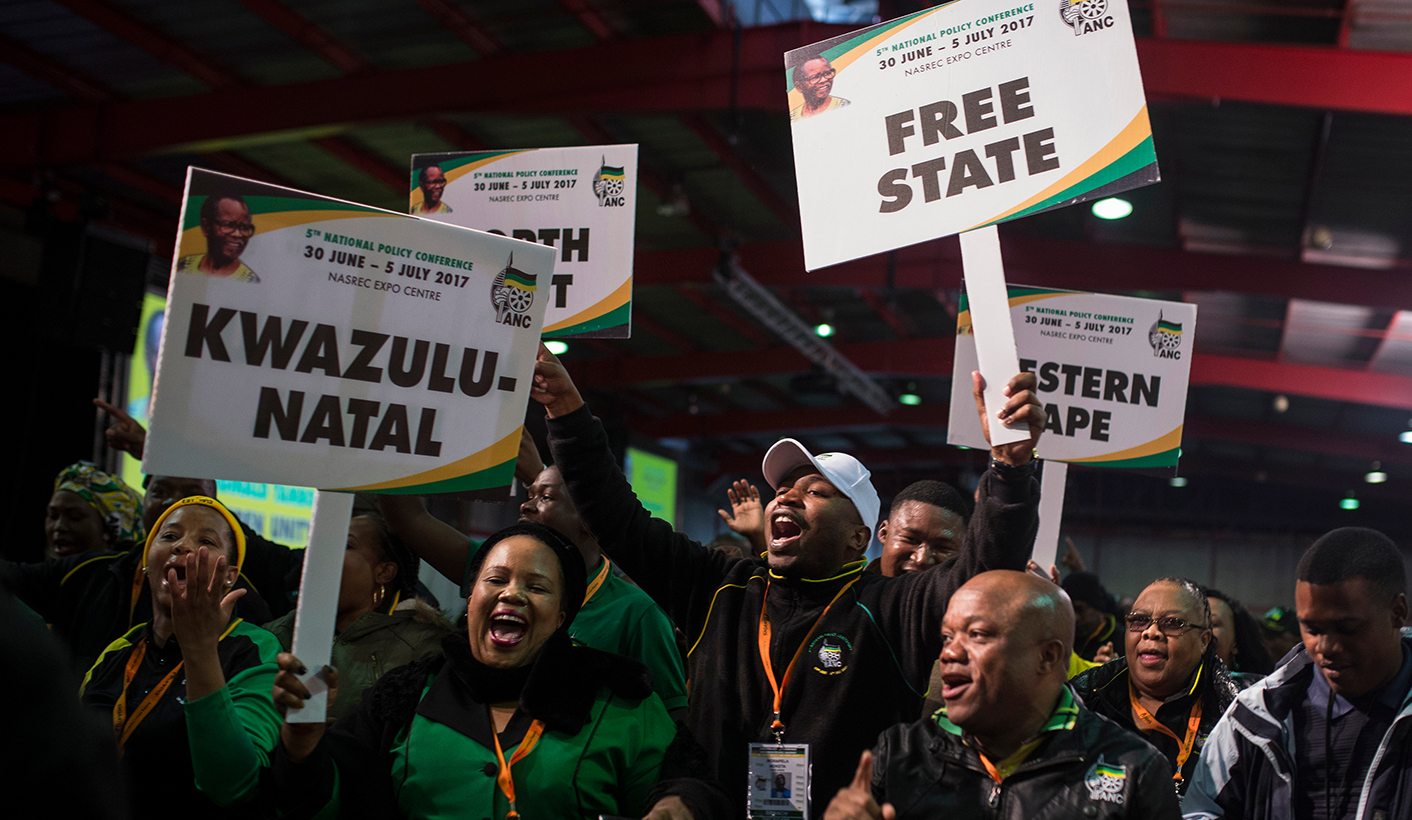 With just five days until the ANC’s leadership conference kicks off, it is still impossible to predict an outcome. Not many at the beginning of the year anticipated it would be this close. That in it self is significant, but here we are. However, while making predictions in a race with this number of moving parts is somewhat foolish, signs are emerging that Nkosazana Dlamini Zuma’s backers are feeling the pressure. It is also becoming clearer that with no deal currently on the table, the chances of high, fateful political drama this week, with big winners and even bigger losers, are growing by the day. By STEPHEN GROOTES.

On Sunday, once again the traditional newspaper headlines heralded bad news for the Dlamini Zuma camp. The liar and fraud Carl Niehaus was in the Sunday Times, amid claims he had said his mother had died and thus his inheritance would get him out of further financial trouble. The story contained the nugget that he even refused to comment on whether his own mother was alive or dead. There was also the claim that President Jacob Zuma had lambasted the leadership of the ANC in KwaZulu-Natal because they had not been able to get enough branches to nominate his preferred candidate, his former wife Dlamini Zuma. And then, just for a kicker, buried in the main section of the paper, was yet more evidence that the electorate – actual voters, remember them? – have a frighteningly low opinion of her.

Meanwhile over at City Press, Ramaphosa was beaming through an interview, making tea and coffee for journalists, and basically doing what his team would not want to describe as a victory lap. He has already spoken to the Sunday Times this year, he was on 702 earlier in the week, and with this interview can claim to have spoken to some of the major independent (but obviously not Independent) media outlets. Dlamini Zuma has not spoken to any of them, unless one believes Mzwanele Manyi’s The New Age/ANN7 is an independent outfit.

There is a wonderful side-issue here. Ten years ago, when he finally realised that Polokwane was not going to be a cake-walk, Thabo Mbeki demanded and received a live interview on all of the SABC radio stations at the same time. It was an incredible moment of symbolism. It showed how he was prepared to abuse power in a way so many people accuse Zuma of doing now. Interestingly, neither Ramaphosa nor Dlamini Zuma have done big sit-down interviews with the SABC in English. Considering that this is the language the ANC conducts business in, this is surprising. It may simply be that the politics of appearing on the SABC is nearly as complicated as that of the ANC.

While Sunday Times and City Press were conducting interviews and making claims, the Sunday Independent appeared to be indulging in science-fiction for all of their 23 readers. Under the by-line of its editor, Steven Motale, the paper claimed that Jacques Pauw’s book, The President’s Keepers, was only written after he was persuaded by people around former Finance Minister Pravin Gordhan and others who had been forced out of SARS. It is the kind of story that has no hard facts. At the same time, Motale has surely now given several indications that he is operating under the auspices of entrepreneur turned political operative Kenny Kunene. As a bid to change the direction of the public debate, it failed miserably.

All of this, taken together, appears to show the same trend that we have observed all year: above the line, with the events that occur in public, it appears that Ramaphosa is in the lead. This includes the numbers of ANC branches who have now pronounced their nominations. There was also a claim over the weekend that the KZN ANC was in a dispute with Secretary-General Gwede Mantashe, and were demanding that its delegate allocation be increased. Anyone who knows anything about Mantashe will know that on certain issues he can be immovable. This is likely to be one of them.

This incident, on its own, indicated that the Dlamini Zuma camp is under some pressure, that things are not going their way.

However, of course, that does not mean that this is how this race will end. There is still significant scope for skullduggery, and there is much that cannot be seen happening underneath the line. So close is this race that even if someone were to set up a live television camera outside voting booths and ask each delegate how they had voted as they came out, you probably could still not predict the outcome with full accuracy.

To add to the perception of Dlamini Zuma’s faction being under pressure, we have their own behaviour at a rally on Saturday. Social grants Saboteur-in-Chief, Bathabile Dlamini, speaking in the green and black of the ANC Women’s League, threatened to expose Ramaphosa for something in response to his answer to a question about whether the woman who accused Zuma of rape, Khwezi, had in fact been raped:

Again, she did not mention any facts, meaning that the leader of what is supposed to be the most influential women’s group in the country is now claiming to know the details of a man who attacked a woman, but won’t name them.

ANC KZN leader Sihle Zikalala also attacked Ramaphosa on the same issue. From an objective point of view, it is surely difficult to criticise a person who both respects a court judgment and empathises with a woman who has been attacked by a man (although it could be claimed that it was wrong for Ramaphosa to side with such a man in the first place, but our politics is simply not that clean). But such is our politics that this is now an issue.

And a woman who suffered so much and died so young is still being abused in death.

Then there are the public comments of Dlamini Zuma herself. On Sunday, speaking in Zulu, she said that people should speak about corruption if they see it, but that they should also not throw stones at the ANC from the outside, and should not embarrass the party, but help to find solutions. To many people, this could look like another example of an ANC leader who is putting the party above the country, and that keeping the party together, and in power, is seen as more important than fighting corruption.

When pressed by journalists on the “Khwezi Question”, Dlamini Zuma demurred, saying she was not going to speak about Ramaphosa. This is in stark contrast to her proxies, who had no issues with attacking him on stage. It does appear that Ramaphosa’s proxies have not, not yet at least, mentioned or attacked Dlamini Zuma by name.

All through this year, one of the refrains of the commentariat has been how Dlamini Zuma should not be written off because of the difference between people in rural and urban areas. The claim has been that while Ramaphosa has strong support in urban-based English media markets, in other areas this is not the case. There is still much in this. But on Friday Jonny Steinberg suggested that something may be shifting in those areas too. He wrote that when he started a research project in the rural Free State, the people who lived there saw black people driving luxury cars as a form of aspiration, they too could one day drive those cars. Now, he says, people seen driving those cars are seen as corrupt.

Surely, nothing sums up the attitude of voters to the ANC more succinctly than this observation. Tied to the results in the Metsimaholo council election, it is clear that the public image of the ANC, even in places where it was once strong, is taking a battering.

It is still impossible to predict where we will be next Wednesday – in just 10 days time. But there is one thing we can say with certainty. This has been a terrible year for the ANC. And it seems hard to see how it can recover without causing yet more turmoil for both itself, and the country as a whole. DM