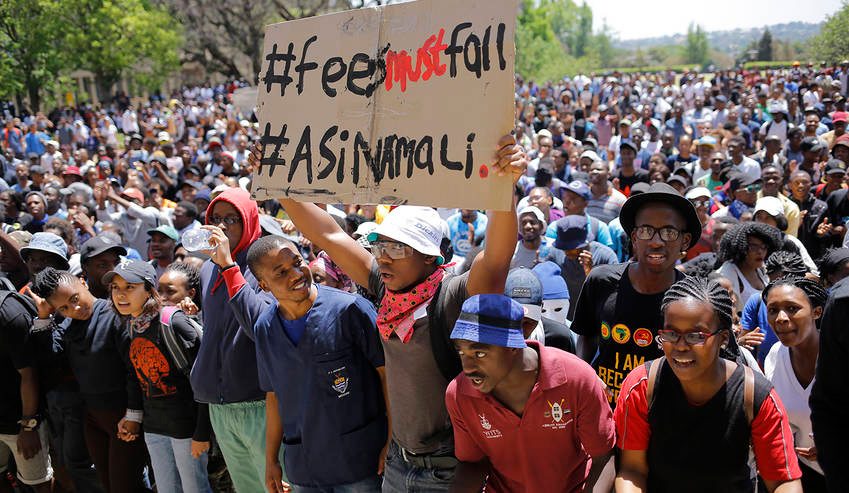 The Higher Education and Transformation Network (HETN) believes some universities have the capacity in their reserves to sponsor free quality higher education and therefore do not need any subsidies. By ORATENG LEPODISE.

The Higher Education and Transformation Network (HETN) believes that some universities should tap into their reserves and investments to fund free quality higher education for students.

This suggestion was contained in the network’s response to the Heher Fees Commission report that was published in November.

The commission suggested, among others, that to fund tertiary fees an Income Contingent Bursary/Loan Scheme be introduced.

The network argues that different approaches must apply to institutions that need intensive state funding and those with the requisite internal financial capacity to fund their own operations. It suggests that those universities that have the financial capacity should fund their students with free higher education and the universities that need funding should receive the Income Contingent Bursary.

“Basically what we are saying is that there are universities that are sitting on investments and reserves and not using them,” said Dr Sethole Reginald Legoabe, head of the network.

This loan system, the commission recommended, would be a replacement for the existing National Student Financial Aid Scheme (NSFAS) model.

President Jacob Zuma established the Heher Commission in January 2016 to look into the feasibility of free higher education and training in South Africa. This was after nationwide protests under the banner #FeesMustFall which began in 2015. The commission was chaired by Honourable Justice Jonathan Arthur Heher with the assistance of Advocate Gregory Ally and Leah Thabisile Khumalo.


“Universities of SA and member vice-chancellors complain about the reduction in state subsidies as well as the failures of NSFAS yet (they) are the same stakeholders that continue to harbour university reserves (retained profits) and investments in private institutional investments accounts whilst raising university fees in the name of funding backlogs,” said HETN in their media release.

The network believes that institutions such as WITS, UP, and UCT, are all harbouring reserves while on the other hand they are seeking to exclude poor students in the name of fees.

According to the Transformation Network, vice-chancellors and some university councils undermine the integrity of the Republic by flouting the provisions of the Public Finance Management Act, through corporatising university public resources and utilising state funds as private ATM’s through the privatisation of reserves of the state held in investment accounts with private banks.

The network in a media statement states that:

“Both the financial analysis and the figures listed by HETN are incorrect. The University’s investments and reserves include funds which are used for maintaining infrastructure, as well as retirement funds which are independent legal structures, but which are included in the Financial Statements in terms of international accounting standards,” said Rikus Delport, University of Pretoria spokesperson.

Delport explained how the university obtains its reserves. “UP’s reserves include funds held on behalf of third parties, which are governed by legal agreements. These third-party funds may only be used in terms of the agreements concluded between the university and the funder,” said Delport “The fees issue is a national problem which requires a national policy decision,” he added.

The network alleged that these investments were “ill-gotten gains from the apartheid state and need to be declared back to the national fiscus and be utilised to co-fund the annual allocations of the state and entry of poor students into the sector through amongst others the recapitalisation of the National Student Financial Aid Scheme”.

“We are unable to ascertain how these claims came about. UCT does not have huge reserves – what it does have is endowments and foundations. These house monies donated to UCT for very specific purposes, “said Elijah Moholola, spokesperson for the University of Cape Town.

Moholola explained that the funds the university receives are managed by the trustees of the UCT Foundation and not UCT management.

“These donations are given with very specific conditions – in all cases the capital may not be used and must be preserved by ensuring the capital balance grows each year,” said Moholola.

According to Moholola most of the reserves the university has are either research budgets from external agencies that are paid in advance of the research being undertaken.

“The remainder of our reserves, the so-called ‘free cash reserves’, constitute about a fifth of the total and would be entirely used up in a few years if we operated at a deficit, and there would be no capital expenditure whatsoever,” said Moholola.

“The information was obtained from the universities’ 2015/16 financial reports,” said Sibongile Malinga, the network’s medial liaison.

Despite the network’s claims, Wits University might find itself dealing with a major deficit if there is 0% fee increase for the 2018 academic year.

“Wits is at a break even budget, meaning we do not make anything or lose anything. We had to cut down the maintenance budget and any remaining funds this financial year will go maintenance. We will be in deficit of R130-million next year if there is a 0% fees increase. If we don’t get any subsidies from the government we will be in a R200-million deficit,” said Wits spokesperson, Shirona Patel.

“We got the figures from the universities’ financial statements for the year 2015/16 which are public documents. We stand by the figures in our report,” said Legoabe.

The network rejected the recommendation of the scrapping of NSFAS. They believe that the NSFAS should continue administering the current student loans and bursary system of the Republic, saying it should rather be supported through increased internal resourcing, improved management and institutional capacity to be able to handle increasing numbers of students requiring study grants.

It said instead of getting rid of NSFAS, innovative ways and means need to be created to improve the debt collection for the sustainability of the current system.

“We call on progressive higher education managers to abandon old, established and myopic management thinking and practices and commit themselves through their actions to the spirit and letter of the Constitution of the Republic of South Africa in giving free access to higher education for poor communities,” said the network. DM

Photo: Students from Wits University demonstrate on campus during a fourth week of clashes with police forces during protests against the cost of higher education in Johannesburg, 10 October 2016. Photo: Kim Ludbrook/(EPA).