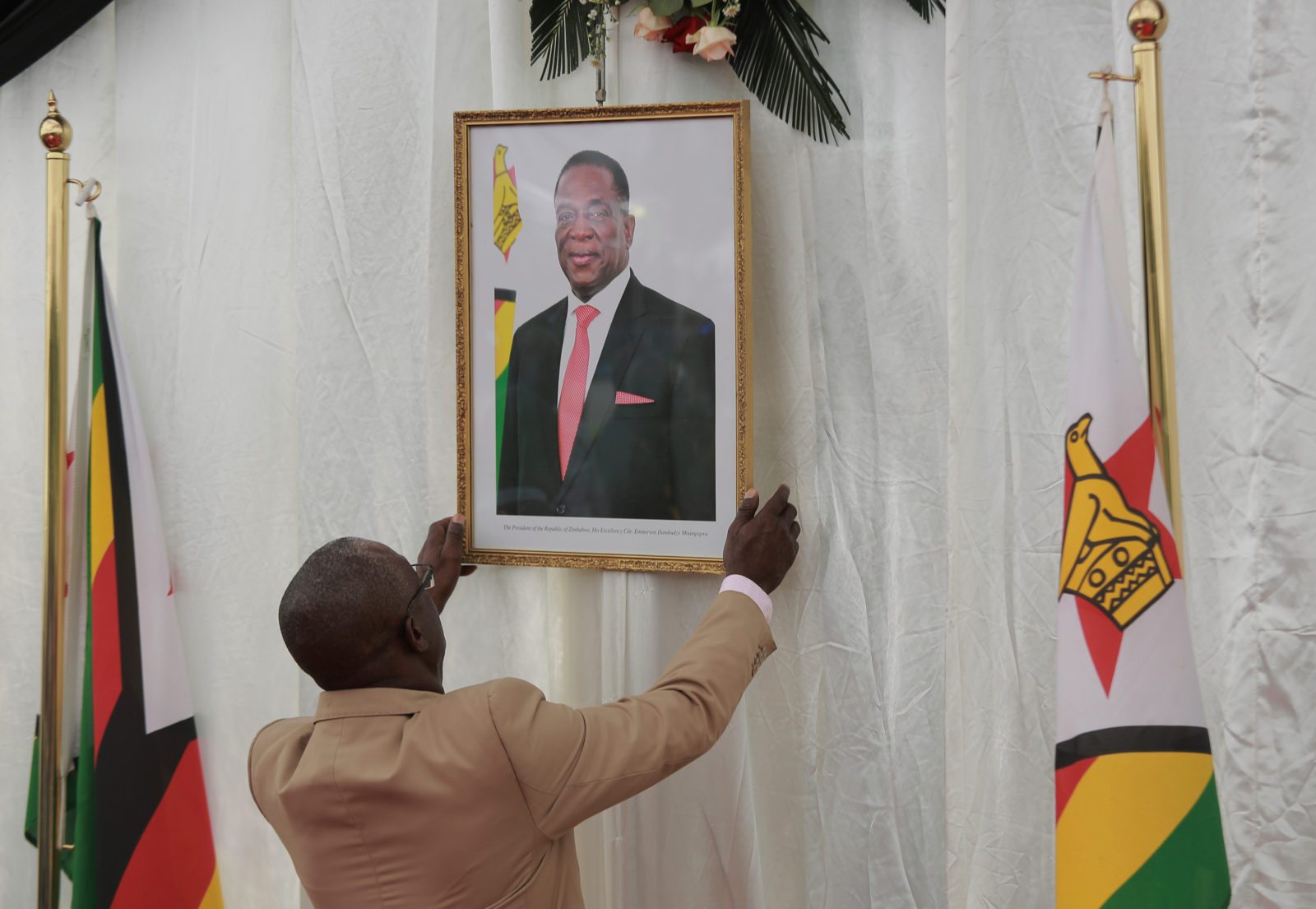 Since the military orchestrated a coup-like takeover of the government last month, ousting Robert Mugabe in the process, many have referred to the developments in Zimbabwe as the start of a “new dawn” and a “new era”. With the announcement of Emmerson Mnangagwa’s new cabinet last week, however, these expectations for change were sobered by the political realities of a country grappling with the task of moving forward after 37 years of single-party dominance. By DAVID REIERSGORD.

As a confidante of former president Robert Mugabe’s, President Emmerson Mnangagwa has been a central figure in the Zanu-PF government since the 1980s. In contrast with the sentiments of the dawn of a new era, the members Mnangagwa appointed to his cabinet don’t reflect the hope for a new era. According to lawyer and academic Alex Magaisa, the cabinet is like old wine in new bottles, reflecting the deeply embedded institutional culture of authoritarianism created by Mugabe, and enforced by Zanu-PF.

At the time of the takeover of the government, some cheered the actions taken by the Zimbabwean military. These included the African National Congress, which noted in particular their “peaceful” management of the transition. In a country with a violent history of colonial as well as postcolonial military activity, the support it initially received suggests the broader expectations for change in Zimbabwe were so low that this coup-like event became viewed as a singular fix for otherwise deeply embedded, complicated issues.

While these developments have been unfolding, South Africans have wondered if there are any lessons to be learned, since Zimbabwe is often deployed as a cautionary example of whatever might become of an increasingly turbulent South Africa. These comparisons have gained new traction as analysts and commentators have tried to tease out new lessons from the removal of Mugabe, for South African politics.

If there is indeed a lesson to be learned from the military’s takeover of the government, then perhaps it’s that we must avoid falling into the trap of thinking there’s a singular fix to the challenges facing South Africa. Considering the spate of interrelated issues to solve, like rising inequality and unemployment, poor education, extraordinary crime rates and the culture of corruption, it’s understandable that people would respond to concepts like “radical economic transformation” that seem to provide neatly packaged singular solutions to otherwise complex problems.

Instead, we should be contemplating how the political crisis facing South Africa is also related to the inabilities of civil society and the business sector to create accessible alternatives that engage a variety of actors across multiple sectors. At the moment, too much emphasis is placed on the role of government, which makes it seem as if government is capable in and of itself, to enact effective change. With this mindset, it becomes easy for us to eschew responsibility for creating solutions that employ bottom-up rather than top-down approaches and bring actors from civil society and the business sector together.

It’s therefore important to remember that while our intentions for political change are only limited by what we can imagine, the outcomes of our intentions are limited by the political realities on the ground. Without more engagement between civil society and the business sector in South Africa, organising sustainable change will be difficult and take time. In order to ensure the outcomes we expect from change are sustainable, we need to grapple more thoughtfully with the dynamics of these limitations.

At this point in time, any discussion of change in South Africa needs to be situated within the context of the 2019 national election, and the dwindling power of the African National Congress. Against the backdrop of competitive opposition politics, the 2019 election could very well turn out to be a threshold for South African democracy.

Like the “new era” many are expecting in a Zimbabwe free from the grip of Mugabe, there are similar calls for South Africa to overcome the decay of the ineffective government. One alternative put forth by the Democratic Alliance suggests a “new beginning” is needed to navigate a future without the African National Congress. To be fair, diminishing the power of the African National Congress is a positive sign of South African democracy, because it indicates people are becoming more open to political choice.

Moreover, the aspirational platitude of a “new beginning” is well-intentioned; however, it’s not entirely practical, because it’s not as accessible as it tries to be. As an abstraction, it offers a singular solution, underpinned by the primary role of the government, that doesn’t seem aware of the fact that many people are still waiting for the “old” beginning that was supposed to begin in 1994. Perhaps crossing the threshold of the 2019 election will teach us the lesson of imagining change outside of government.

It’s nevertheless important to contemplate more thoughtfully if voting the African National Congress out of power in 2019 would actually constitute a “new beginning” and a clean break from the present. The half-life of State Capture that has oozed into the levers of power will continue to fester, ensuring South Africa’s political arena remains radioactive for years to come. But by promoting the notion that the African National Congress is the singular issue affecting the country, we’re perpetuating the perception that government alone can provide solutions to the problems we face.

If there’s a lesson about the recent historical event in Zimbabwe for South Africa, then it has to do with thinking beyond singular solutions that reside exclusively in the political arena. Unlike Zimbabwe, we can take advantage of our robust civil society and functional business sector in order to achieve more desirable outcomes that benefit the masses. To do so, we need to proactively bring various actors from across civil society, the business sector and other communal structures together, to form a broad collective that can position itself to absorb and react to unexpected outcomes brought on by government ineffectiveness. DM

Photo: An official hangs the official picture of Zimbabwean President Emmerson Mnangagwa on a wall during a swearing-in ceremony of newly appointed 22 cabinet ministers at the State House in Harare, Zimbabwe, 04 December 2017. EPA-EFE/AARON UFUMELI