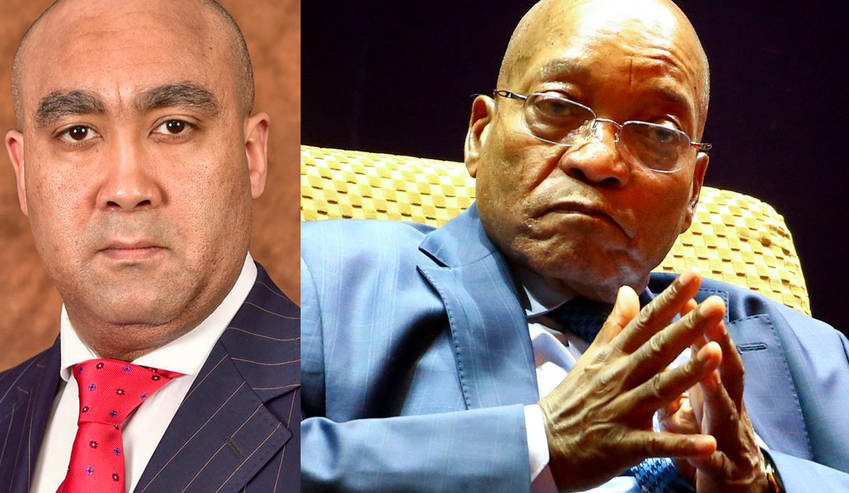 Advocate Shaun Abrahams is out of a job. And now it is all eyes on deputy president Cyril Ramaphosa. By PAULI VAN WYK.

The appointment of Shaun Abrahams to the position of National Director of Public Prosecutions is invalid and set aside.

In a stringent judgment delivered in the North Gauteng High Court in Pretoria on Friday by Judge President Dunstan Mlambo, deputy president Cyril Ramaphosa has been ordered to appoint the next prosecutions boss because President Jacob Zuma was “conflicted”. The conflict arises from the myriad of criminal charges against Zuma and the possibility of a prosecution.

The court held that the next National Director of Public Prosecutions (NDPP) cannot be appointed by Zuma, and then be expect to have sound judgment over the possible prosecution of his employer. Mlambo said Abrahams should stay in the job for 60 days until or as such time as the deputy president appoints a new NDPP.

Mlambo delivered his judgment in the case brought against Zuma and Abrahams by Corruption Watch, Freedom Under Law and Council for the Advancement of the South African Constitution.

Mlambo found that the 2014-settlement agreement (read: golden handshake of R17,3-million to leave his position as National Director of Public Prosecutions) between Abrahams’ predecessor, Mxolisi Nxasana, and Zuma was invalid.

Therefore the appointment of Abrahams to the position was also invalid, Mlambo said in a judgment that bore a resemblance to the Menzi Simelane case.

The Zuma years marked a turbulent time for the National Prosecuting Authority (NPA). In 2009 Simelane was the first NDPP to be appointed by Zuma. His appointment was however successfully challenged by the DA based on his failure to be a “fit and proper” person for the job. Zuma allowed Advocate Nomgcobo Jiba to act for an inordinate time in the position, until another threat of a court challenge forced him to appoint a permanent head. Zuma then appointed Mxolisi Nxasana, who showed his independence when he moved to suspend Jiba for her handling of several high profile cases. Jiba has subsequently been removed from the roll of advocates.

In the current case against Abrahams, Zuma’s counsel tried their best to argue that Nxasana actually wanted to leave his job and asked the President to release him from his post. The assertion was that Zuma merely agreed to Nxasana’s request and that the appointment of Abrahams was therefore lawful and regular.

Mlambo found the opposite, saying that all correspondence and negotiations between Nxasana and Zuma actually points towards the President presenting the settlement proposal to Nxasana.

The applicants in the case asked the court to consider reinstating Nxasana, or in the alternative allow for the position to be vacant for 60 days and order the deputy president to choose the next candidate.

The court was not in agreement with Nxasana’s conduct and found that it would not be “just and equitable” nor a move towards the vindication of the independence of the NPA to reinstate Nxasana.

Mlambo further found that Abrahams could not stay on, saying that Zuma then would have “achieved what he intended for, through an unlawful act”.

It was clear to the court that Zuma was conflicted in the appointment of someone that would make the decision whether to prosecute him or not, and therefore held that the deputy president must appoint the next NPA head.

The court further held that sections 12(4) and 12(6) of the NPA Act are unconstitutional. These sections give the President of South Africa the sole discretion over the possibility of an extension of the NDPP’s 10-year contract, as well as the ability to suspend and remove the NDPP from their position.

Reacting to the news, the ANC said in a statement released just after noon on Friday that all parties involved should “reflect” on the judgment and its implications “as well as decide whether to appeal or not”.

“As the ANC, we trust that whatever decision taken will be in the interest of the administration of justice, the NPA and the country as a whole.” DM