Life Esidimeni: Dr Selebano and the system of death

Life Esidimeni: Dr Selebano and the system of death 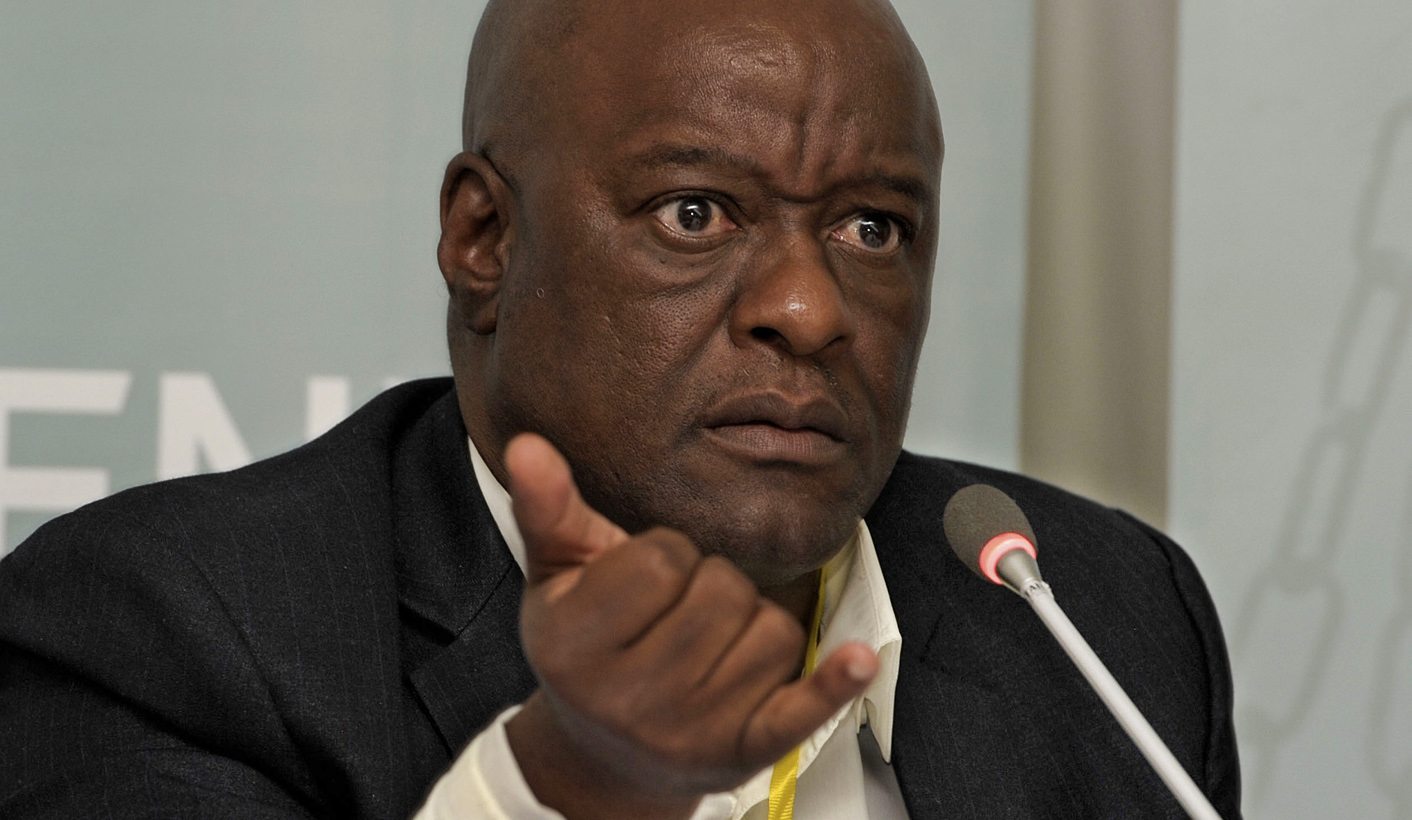 Dr Tiego “Barney” Selebano did his best at the Life Esidimeni arbitration and became a symbol of everything wrong with the Gauteng health system. By GREG NICOLSON.

When Dr Barney Selebano gets testy, he apologises. During an adjournment at the arbitration on Tuesday, he waited as everybody left for lunch, his shirt bulging over his waist, a corner untucked. Later he stood alone in the drizzle. During his three days at the arbitration, he greets some family members, embraces his colleagues.

Barney doesn’t seem like a bad man. More an overweight bureaucrat who made it to the top of the country’s largest (if beleaguered) healthcare system and who drives a big BMW. During his testimony, he’s earned more sympathy than his incoherent colleague, suspended Gauteng mental health director Makgabo Manamela.

This week he became the face of the Life Esidimeni massacre. Unlike Marikana, there were no bullets. His department sent chronic psychiatric patients – who needed to be institutionalised, who couldn’t afford private treatment – to drip towards death. His testimony was an absurdist play rendering murder meaningless. He provided a blueprint to government failure and its consequences.

The Gauteng government said the medical doctor held various senior positions in the public and private healthcare systems before he was promoted from acting to full-time head of the Gauteng Department of Health in 2015. “The appointment of Dr Selebano will stabilise the department, strengthen its leadership and ensure achievement of better health outcomes in the province,” said spokesperson Thabo Masebe.

On Thursday, Selebano suggested he had “all that you ever wanted in your life”, having worked in the private sector, but took a government job because he wanted to continue his youthful ambitions of building the country. He could never target mental healthcare users, he said; patients could never be a target.

Selebano could have been a politician rather than civil servant. He did not “target” Life Esidimeni patients, the most vulnerable in the system, but signed off on the plan to move them into NGOs where 143 of them died, due to government negligence. The only explanation he has offered is that the department needed to cut costs and MEC Qedani Mahlangu, who resigned in the wake of the scandal, was a bully.

He didn’t have a spine. He has also shown he didn’t have the skills, commitment or care to lead. Selebano wanted to challenge the MEC on the Life Esidimeni move but like most officials he sat down when she was critical. Selebano did not know the law on licensing NGOs, but doctored their licences when he realised he was in the wrong. He refused to heed warnings of an impending disaster and approved a plan he should have known would fail, sending around 1,300 psychiatric patients into purgatory.

Some survived. Some didn’t. He didn’t know who lived or died under his signature because he was just following orders and never bothered to follow up. The head of the country’s largest healthcare programme neither knew what monitoring and evaluation was or didn’t care enough to find out what happens when you send a mentally ill patient into an NGO without professional care, food, or resources.

“The Collective” is a favourite noun of Barney’s. Officials testifying at the arbitration won’t blame each other and while distancing themselves from operational activities have pinned the blame on institutions and task teams rather than individuals. Selebano has a point. He took over an administration hollowed by corruption, indebted to negligence and defined by inappropriate appointments.

The Gauteng Department of Health is an emblem of government and society. Its leaders have been defensive and do not listen to critics or the citizens it aims to serve. There’s a culture of silencing subordinates, even when patients’ bodies are about to be sent to butcheries and pauper burials, as the Life Esidimeni case has shown. The department is a part of South Africa’s power ladder and the truth is obvious: those on the bottom rungs are ignored.

You can celebrate the Gauteng provincial government’s admission of liability in the Life Esidimeni deaths and that it established the arbitration. The arbitrator, former Deputy Chief Justice Dikgang Moseneke, is a North Star for justice and decency. Relatives of those who died have been honest in their testimonies and respectful to those implicated, even given their grievances. Some of the lawyers have even impressed.

But Selebano’s testimony has offered forensic insight into the dull, administrative and often economic system of South African abuse. “It’s not really about a job. It’s about a lot of things. My family’s going through pain. My friends are going through pain,” he said on Thursday, after being asked whether he would resign.

If he cared he would be honest. If he cared he would sacrifice his self-interest to help 143 families find closure. The Life Esidimeni arbitration is about healing, justice and redress. Selebano isn’t the only official implicated and his boss, former MEC Mahlangu, will appear at the arbitration in January. But he continues to speak the language of death. He won’t personally take responsibility. He believes, “in my heart”, that he did nothing wrong.

He’s a man you could talk to around a braai, who goes to work and defends despicable wrongs, who signs death sentences, but won’t acknowledge what he’s done. DM