Letter to the Editor: Reclaiming the ANC’s history in the year of OR Tambo 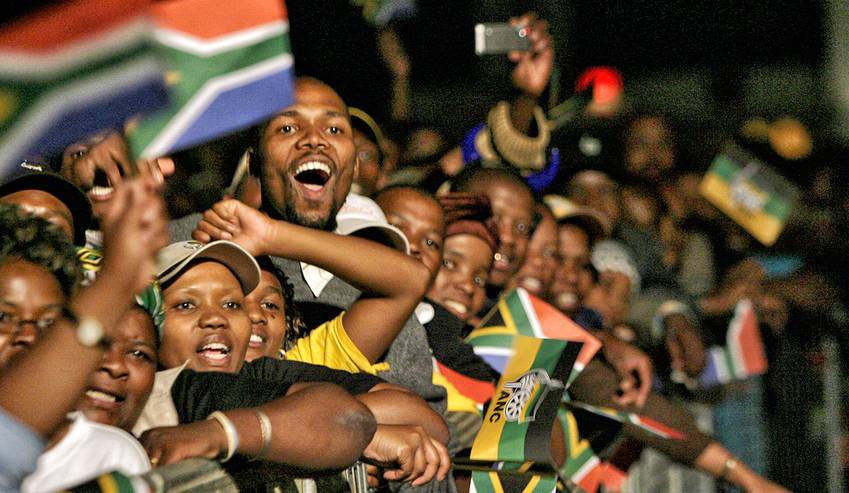 In this, the year of OR Tambo, we, the STALWARTS and VETERANS of the ANC honour his memory by refusing to back down simply because some within the leadership of our beloved movement wish to join those forces acting against our revolution.

OR Tambo put forward an important description when he wrote his New Year’s address to the ANC External Mission in 1971.

He spoke about “the weapon of unity”, telling how, in the past, it had been “wielded with such dramatic results”.

“It is the weapon with which we have built up a volume of international support for our struggle,” Tambo wrote in his address to “friends and fellow countrymen”.

“With that weapon of unity we have stood firm in the face of sustained and powerful enemy attacks on our movement – attacks mounted from different points at different angles with different methods. With that weapon, we shall fight and fall, we shall conquer and be free.”

Just four months prior, Comrade OR had addressed the NEC at a four-day meeting in Lusaka, where he reflected on 60 years of struggle and paid tribute to “our heroes and martyrs, not our traitors”.

There were of course those who had – “consciously or unconsciously”, as Tambo put it – crossed enemy lines, and stayed there. To ignore that truth, that there were “traitors”, and to keep quiet about our internal issues, would have been to imperil the ANC and its partners in the Congress movement two years after the fateful Morogoro Conference in Tanzania.

A “traitor” back in 1971 was an individual who had either masqueraded as an ANC member while serving the nefarious and bloody interests of the apartheid regime, or someone who had been lured into joining the regime through inducements of cash or favour, or via the much greater intensity of fear.

It’s still alarming, then, that there are some among us ANC veterans and stalwarts who have been called “traitors” in 2017. We have not crossed enemy lines. In fact, we have stayed loyal and true to the ANC. We do not wish to see it crumble and vanish into the dusty archive of liberation movements which ultimately failed to see their revolutions through. This would mean, to the benefit of all the people.

Seeing a revolution through is ambitious and bold, for it is not a certainty until poverty has been eradicated and children are educated to the extent that they are able to take up fruitful roles in building a magnificent country. But revolutions take time to realise.

We, the veterans and stalwarts, know that. And it is because we see the forces that are acting against this ultimate realisation that we have finally spoken out, and will now no longer be silenced in the interests of “unity”. In this, the year of OR Tambo, we honour his memory by refusing to back down simply because some within the leadership of our beloved movement wish to join those forces acting against our revolution.

We have put our life’s energy into combating racism and oppression. Many of us were fearless before and we, the veterans and stalwarts, are still fearless. Come Nasrec, we will say it again loud and clear: we are here for the duration (health and age permitting, of course).

Let’s return to the 1969 conference in Morogoro where we faced among our most profound challenges – some of which, if we are honest,  have remained with us to this day. Many of us have studied and are now contemplating what happened nearly 50 years ago when our movement went through that serious self-reflection.

Only 70 delegates gathered in Tanzania. In a few days’ time, at our elective conference which runs from December 16 to 20 at Nasrec in Johannesburg, we are expecting more than 5,000. That’s already 500 more than in 2012, when we had our conference in Mangaung, Free State.

The numbers are growing. That should have a progressive impact. But what lies within and behind it? Tension. Strife. Turmoil. Factionalism. Nepotism. And, to us probably the worst manifestation of the misuse of power: greed.

Greed is likely the most potent contrarian force we have had to face in our 23 years of freedom. Yet when we examine Morogoro, we see all the warning signs were there, some of them pointed out by Tambo, some by Chris Hani and others. Certainly there were those in Tanzania who were unhappy that Comrade Chris and others were exposing their fault lines. Certainly there were those who called Hani and others “traitors”, and would even have liked to see them disciplined, if not worse.

Tambo stepped in, ever the voice of authority; ever the custodian of the movement’s ethics. He was not going to oversee the destruction of the ANC through it submitting to the desires of the contrarian forces – indeed the true “traitors” – in its fold.

Even if it took everything he had, he would withstand those allegations against the ANC die-hards who only had the growth and betterment of the movement at heart. And so Tambo removed our “unity” veils to show who and what lay underneath.

Yet now, in 2017, as we seek to build a new leadership echelon in the same way the delegates did at Morogoro, one ANC member’s “traitor” is again another’s loyalist. Two years away from a national election, we are swathed in veils and it’s taking an almighty push of fearlessness to do what Tambo did, and throw them off to reveal what lies beneath.

Nasrec is going to be tough. It’s going to hurt. We, the veterans and stalwarts, are, however, more than ready to offer our support, influence and love for our movement. Having just concluded our own successful National Consultative Conference (NCC), we are truly match-fit.

We were proud to share discussions at our NCC with our comrades in the alliance, the civics and, indeed, civil society. We made progress. We felt good about the possibility that we could accelerate this revolution, reinvigorate its motives and drive at ANC policy which would not serve only the contrarian forces dividing us, but all of our people.

That is how we understand our ANC. That is the spirit we want to see replicated at the upcoming elective conference. Yet while we have long addressed some of the key issues –  in particular, race – that divided the Congress movement in Morogoro, we do not believe there has been the kind of honest reflection required to go to Nasrec with the principles of Comrade OR at heart.

Tambo called his fellow delegates “compatriot revolutionaries” at that four-day NEC in Lusaka in 1971. But can we, the ANC delegates of 2017, do the same? On January 8, our party will have been around for 106 years, and yes, it has achieved what OR said it would do in that New Year’s address: “With that weapon (of unity), we shall fight and fall, we shall conquer and be free.”

We surely have fought and fallen, and we surely conquered. We are free. Yet, come December 16, it is such that we, the veterans and stalwarts, find ourselves in a position where the word “unity” has taken on a more than troubled tone. We have been advised by some within the leadership of our ANC for many months now that, for the “sake of unity” within the movement, members should be publicly silent and limit critical comments to our internal structures.

Indeed, the ANC tends to prefer to tackle strife from within, inside its own “family” structures until such time as there is resolution.

But as was clear from our NCC in November, the stalwarts cannot allow that route to be followed so uncritically any more. This is not because we do not see the value of such a method as a possible means of finding resolution. It is because “unity” has become a veneer again; a means of silencing critics from within the party they love and to which they have been loyal all their lives.

To us who are urgently seeking “unity”, the word itself does not equal “oppression”, “repression” or, yes, “silence”. And when Nasrec’s doors are opened in a few days’ time, we expect our movement to fulfil its role. This is not as an inclusive, secretive body that protects and chooses its “traitors” according to the yen of a cabal. Rather, it is as the strong and compassionate leader of the masses.

Nasrec must enable the ANC to fulfil that historic role, with all the help it can get from its traditional allies and from us, its elders and its stalwarts.
Only then can we take this, our revolution, forward, and truly liberate all the people of our beloved country. DM