GroundUp Op-Ed: The terrible price of Prasa’s negligence and corruption 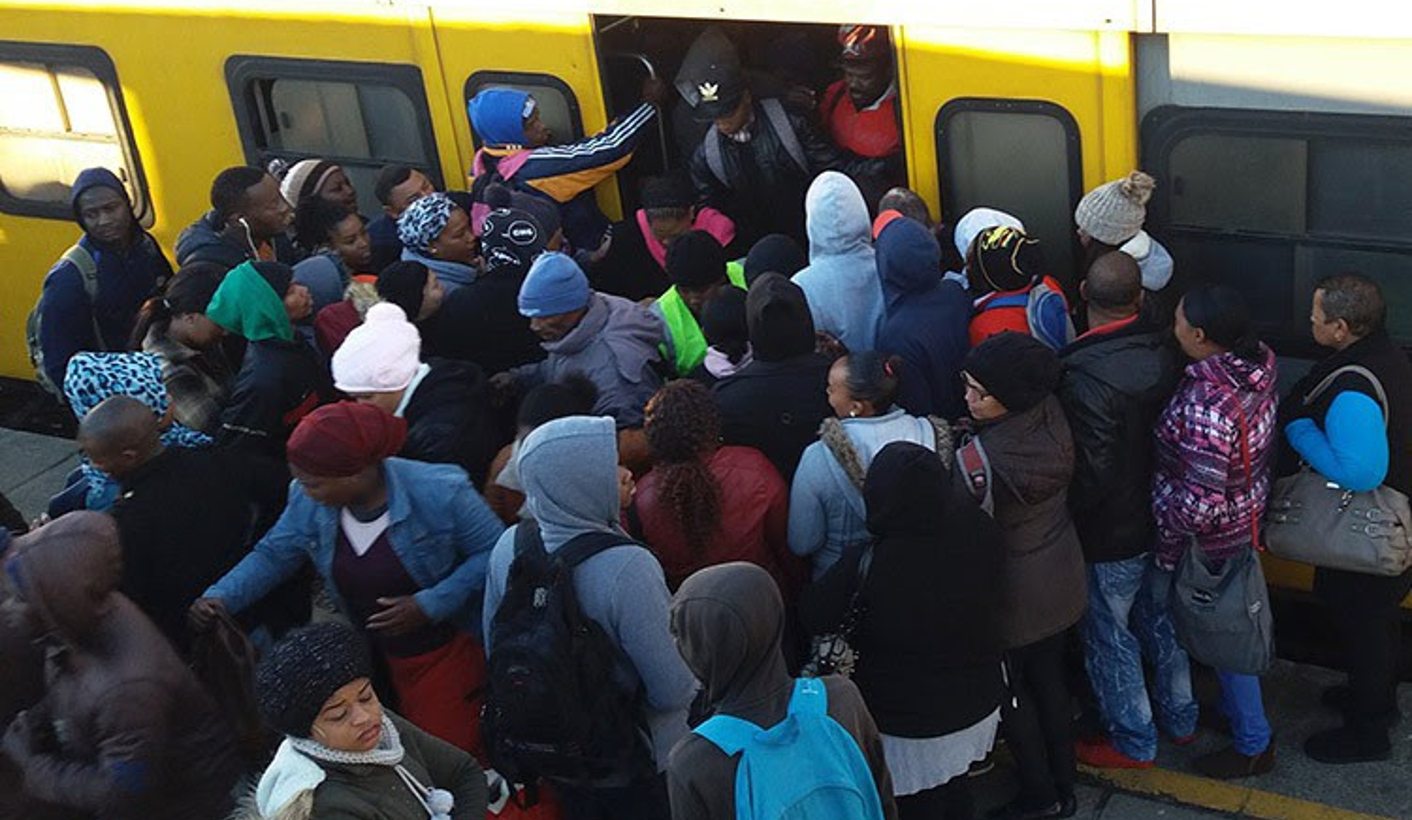 Officials flout the law on train safety. By Leslie van Minnen for GROUNDUP.

The Rail Commuter Action Group was started in 2001 after the murder of our son Juan van Minnen, 21, on a Metrorail train. At the time there was no security on the trains and fewer than 30 Metrorail security personnel for the whole Western Cape railway region.

The mandate of the group was to investigate safety and security on the commuter system. We discovered that neither SAPS nor Prasa/Metrorail accepted responsibility for passenger safety. We also discovered that passengers were left at the mercy of criminals and there were murders, rapes, assaults and robberies. Prasa/Metrorail trains had defective doors and many passengers fell or were thrown out of moving trains after being robbed, sometimes dying or being badly hurt. Victims were either ignored or marginalised by Prasa/Metrorail.

Neither Prasa/Metrorail, SAPS nor the Minister of Transport felt it was their duty to protect passengers. So we instituted legal action in the Western Cape High Court against Transnet , Metrorail, the South African Commuter Corporation (later to be renamed Prasa Rail), the Minister of Transport, the Minister of Safety and Security and the MEC for Community Safety in the Western Cape. We asked the court to say whose responsibility it was to provide security for commuters, and to order them to do so. All respondents contested the case and maintained that passengers were responsible for their own safety.

The judgment on 6 February 2003 was in our favour and Prasa/Metrorail was found to be responsible for passenger safety. The matter was appealed and eventually went to the Constitutional Court. In 2004 a full bench of the Constitutional Court ruled in our favour, confirming that Prasa/Metrorail were fully accountable for passenger safety and could be liable for civil and criminal action if they failed in their duty.

In June 2009, Transnet Ltd, Metrorail, the Rail Commuter Corporation, the Minister of Transport and the South African Rail Safety Regulator entered into a settlement agreement with our group about what they would do to keep passengers safe.

Since our group was launched, Prasa and the state have spent more than R40-million on court actions opposing our demands. This money could have been better spent on improving the commuter system. And 17 years later, the battle to force the state to comply with the law and Constitutional Court rulings, not to mention the legal settlement agreement continues.

Prasa/Metrorail continues to be in breach of most if not all aspects of the agreement, the different laws governing rail operations and the Constitutional Court rulings.

As the latest Rail Safety Regulator report shows, deaths and injuries are increasing yet Prasa/Metrorail continues to operate trains in a negligent manner, while accusations of corruption are mounting. Billions of rand have been siphoned off in dubious deals and just plain theft by politicians, their family and stooges.

Besides the billions stolen and mismanaged, Prasa/Metrorail pays out hundreds of millions of rands in legal costs defending civil claims instituted by commuters. Huge amounts are paid to victims of crime and violence in out-of-court settlements and insurance payouts. Yet trains are still being operated far in excess of their legal carrying capacity, doors of most trains are defective, passengers travel in front of and on top of coaches and hang out of doors that remain open while trains are in motion.

A 2015 Constitutional Court judgment dealt with a passenger who was attacked and thrown out of a moving train. The train doors were open. The court ruled in favour of the victim, stating that any operator who allows this to happen is guilty of criminal negligence and must be prosecuted.

Trains continue to be cancelled or simply stop between stations, leaving passengers stranded and forcing them to find and pay for alternative transport. Many passengers jump from stranded trains and walk along the railway lines when trains stop. This alone constitutes a massive safety hazard. Metrorail does not tell passengers what is going on, leaving them to their own devices. The cost of this poor service puts a massive strain on the economy, and has a detrimental effect on school, college and university students who often do not arrive on time for classes or exams.

Our government, which proudly offers a “better life for all”, has lost the common touch and forgotten about the people they have sworn to serve, especially poorer people who have no option but to use public transport. These are the people who have been let down by a corrupt government in breach of their oath of office, the Constitution and the Bill of Rights.

Those responsible must be held criminally accountable for their actions. Otherwise, the commuter service will continue to fail the very people that it is meant to serve. DM