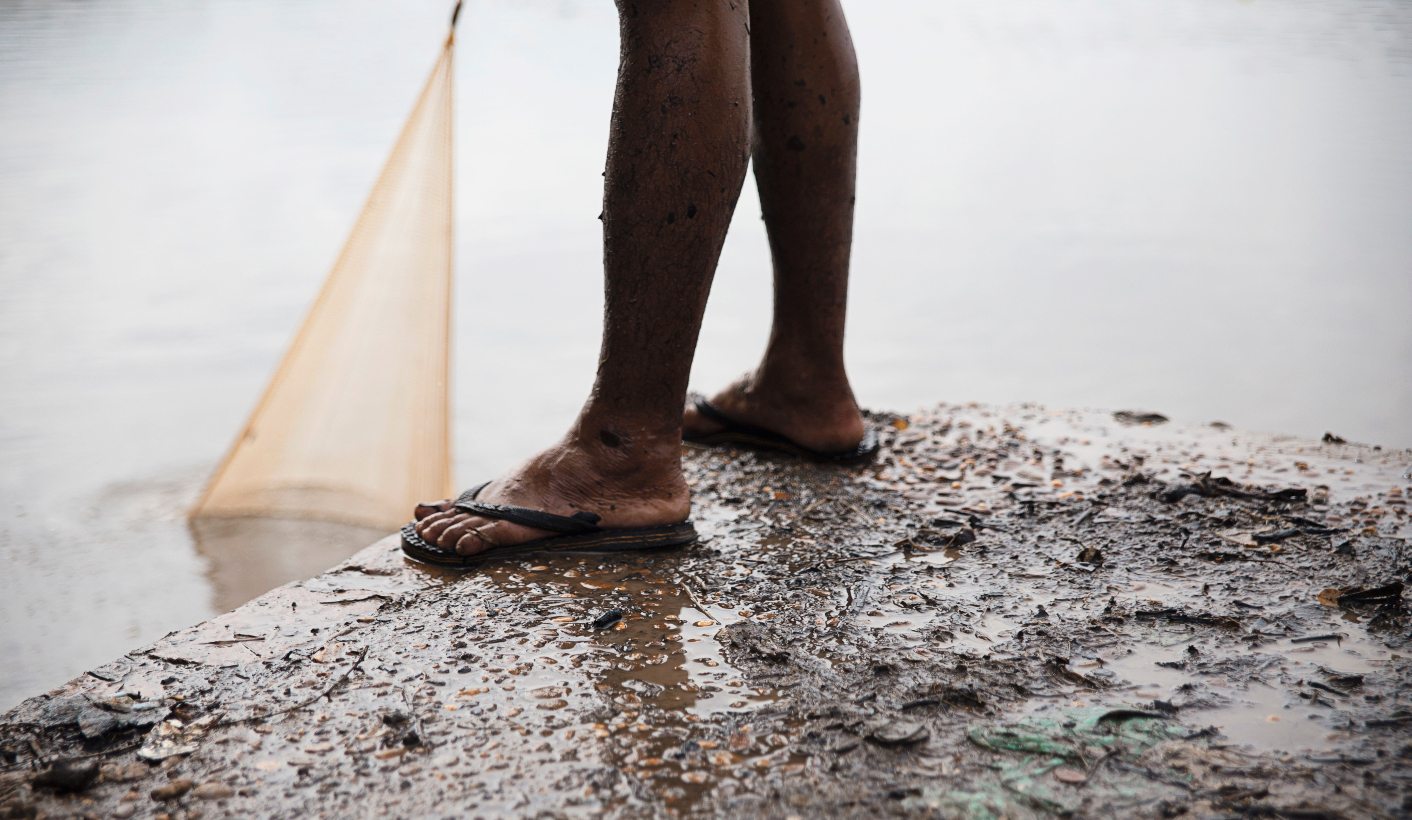 Images of a slave auction led to urgent meetings and an emergency plan during the recent Africa-Europe summit. By Peter Fabricius for ISS TODAY.

The warning bells had been sounding for months. In April this year, the International Organisation for Migration (IOM) warned that its staff in Niger and Libya had “documented shocking events on North African migrant routes, which they have described as ‘slave markets’”.

But it was only when CNN broadcast a video in mid-November of a slave auction of African migrants in Libya that the world took note. Those images, evoking a “despicable trade … from another era” as African Union (AU) chairperson Alpha Condé put it, made slavery the unofficial but real theme of the 5th AU-European Union (EU) summit in Abidjan on 29 and 30 November. Around 80 heads of state and government from the 83 states gathered to discuss their joint interests.

The official theme, Investing in Youth for Accelerated Inclusive Growth and Sustainable Development, was upstaged by the crisis of the day. Several urgent meetings were held on the margins of the summit – involving the AU, EU, UN and the governments of Libya, France, Germany and others – to try to draft an appropriate response to the outrage.

A three-point emergency plan was drawn up, starting with the creation of a joint task force of police and intelligence forces of AU and EU countries. This force is to dismantle the human trafficking networks responsible for the slavery and other human rights abuses of migrants in Libya, and their financing, and to arrest traffickers.

French President Emmanuel Macron provoked considerable excitement when he told French media that he was proposing “military action” against the traffickers. However he later explained that the idea was not to wage war in Libya, but to reinforce police action against the networks. Other French officials said because human trafficking was closely linked to that of arms and drugs, and terrorism in the Sahara and Sahel, greater military action against terrorists and traffickers along the smuggling routes would also impact human trafficking in Libya.

The second leg of the plan envisaged by the leaders in Abidjan was to launch an urgent operation in the next few days or weeks, to evacuate migrants from camps or detention centres in Libya and repatriate those who wanted to go home. AU Commission chairman Moussa Faki Mahamat told a press conference at the end of the summit that the first priority was to evacuate some 3,800 migrants, mostly West African and mostly women and children, who were being held under particularly inhumane conditions in one camp near Tripoli.

But Faki said the Libyan government had told the AU there were 42 such camps or centres and probably more since 400,000 to 700,000 migrants were estimated to be in the country. Condé said Morocco had offered aircraft to take home the first wave of migrants and suggested France and Germany had also volunteered airplanes.

Faki announced, as a third leg of the anti-slavery action plan, the formation of an AU commission of inquiry into the root causes of the emigration from African countries to Europe. At the opening of the summit, Ivorian President Alassane Ouattara had called on young people “not to go on an adventure at the risk of (their) lives”. It was at this point, the examination of root causes, that modern slavery met the official summit theme – investing in youth. Or, put differently – how to create the economic growth and jobs or other prospects to encourage the 60% of the African population that’s under 25 to stay at home rather than embark on perilous journeys to Europe.

The stay-at-home plan included a big EU investment initiative to spend some €4.3 billion of EU money to leverage a hoped-for €44 billion of investment into Africa by EU companies, through investment guarantees.

How effective either the three-point emergency response plan or the long-range plan to tackle the root causes will be, will probably vary.

Certainly IOM director general William Lacy Swing swung into action, announcing the day after the summit that his organisation had already started scaling up its voluntary humanitarian return programme. It had already taken 14 007 migrants home in 2017. “A large-scale airlift is already under way in which IOM expects to take a further 15 000 migrants home from detention in Libya by the end of the year,” he said.

He said there were now over 15,000 migrants in unofficial detention centres, though he estimated the total number of migrants in Libya to be upwards of 700,000 to 1-million. The number of these wanting to go home is not clear. Many don’t want to because doing so empty-handed is considered failure. Repatriating all would seem logistically near-impossible.

Returning them also, of course, doesn’t address why they left in the first place, although having witnessed the horrors of the migrant passage first-hand, many prefer to face the hardships at home.

There were no public recriminations between the EU and AU at the summit about the slavery scandal. In fact, there was remarkable accord. But some resentment bubbled just beneath the surface. Privately some African officials partly blamed the EU for the abuses because they said it was funding the detention centres to keep the migrants on African soil and prevent them entering Europe.

EU officials denied this, insisting they were only providing funding for the improvement of conditions in the centres or camps and for the voluntary repatriation of migrants. The United Kingdom, Italy, the Netherlands, Norway, the UN and the United States had also been financing repatriation, according to the IOM, while Germany and the AU joined the funding effort after the Abidjan summit.

EU Council president Donald Tusk agreed at the summit to open up the EU to more legal migration from Africa to help discourage the illegal flow. He did insist, though, that his organisation had already granted residence to 3-million third country nationals from around the world last year.

Other international officials involved in migration acknowledge that EU support to the Libyan authorities to intercept or rescue migrants trying to cross the Mediterranean, usually in unseaworthy craft, has undoubtedly swelled detention centre numbers. But they say it’s necessary, not only to stop more migrants drowning, but to spare others the hardship of reaching Europe where most will fail to get asylum and will be sent back to Africa, or will live on in Europe as illegal immigrants, often in difficult conditions.

It was also necessary, they said, to deter others from falling for the false promise of a good life in Europe, and for rosy impressions conveyed either by traffickers or migrants who have gone before, many of whom are too embarrassed to admit they have not after all found Eldorado. For many migrants the reality instead is very different: extortion, torture, rape, slavery or death at the hands of ruthless dealers in human hope and suffering. DM

Photo by  Peter Hershey  on  Unsplash