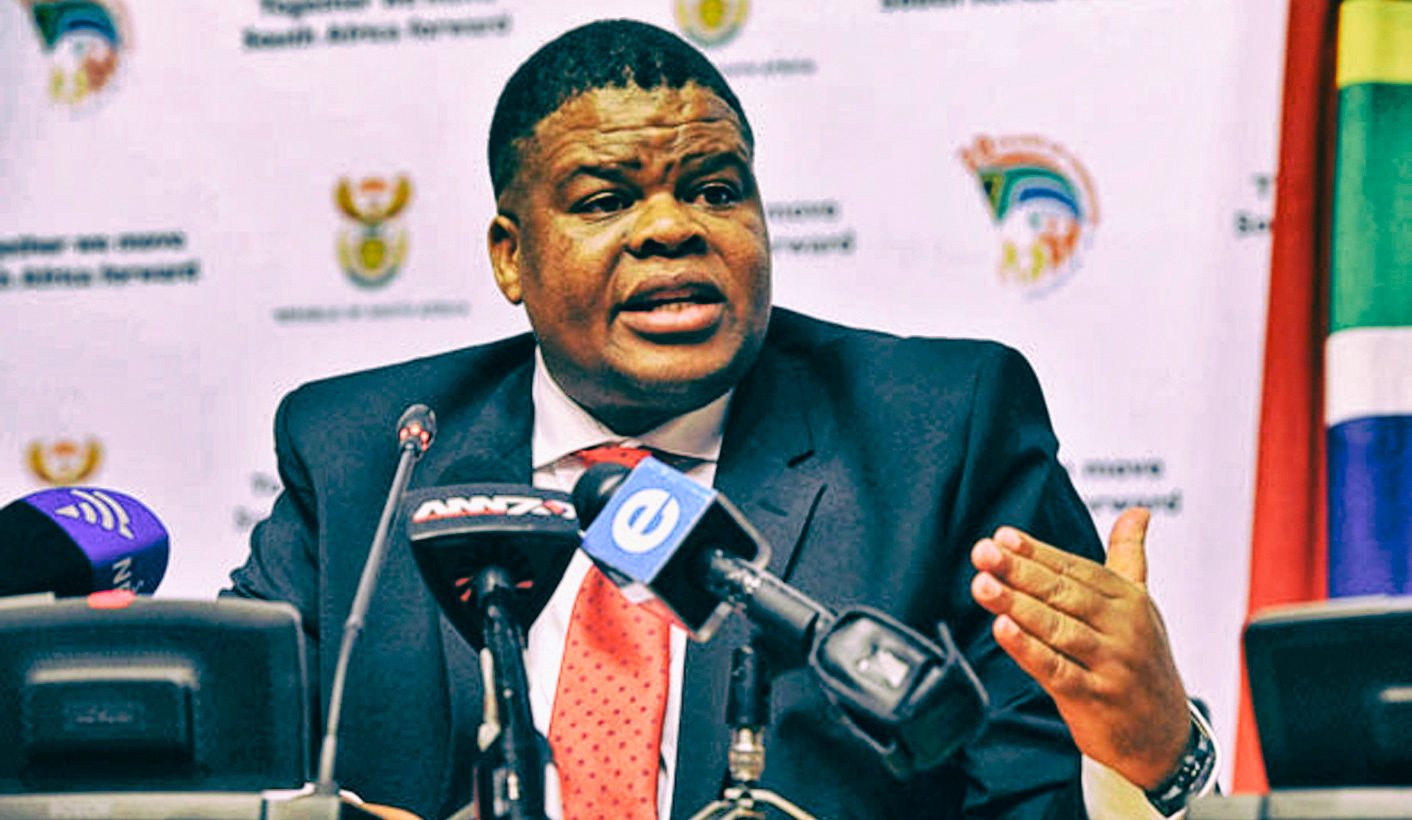 The thing in this age of lies, falsehoods and manufactured truths is that you have to have your wits about you. Mendacity requires so much more energy than the truth. Which is why, when the Office of the Inspector-General of Intelligence (OIGI) undertook to investigate alleged industrial-scale subterfuge and plunder of public money by a clutch of spies and their bosses who were part of the Principal Agent Network, she struggled to see the wood for the trees. But that was the point all along. By MARIANNE THAMM for SCORPIO.

Note: We have opted not to reveal the identities of some SSA members named in the OIGI report. We have named only those who have surfaced in court.

One of the more entertaining passages in Jacques Pauw’s disturbing best-seller, The President’s Keepers – Those Keeping Zuma in Power and Out of Prison, is his account of how internal SSA auditors arrived at the headquarters of the Principal Agent Network at the end of 2009 to investigate the covert unit’s finances.

There had been little accountability over the years. An estimated R1.5-billion had been blown on various projects and the purchase of properties and cars. Agent handlers themselves also withdrew huge amounts of cash, for which they did not have to account. They flew economy class carrying large amounts of cash in briefcases. They were masters of their own little tawdry universe.

In a supreme dumb and dumber moment, Pauw recounts how when the auditors began perusing the stack of documents in the boardroom of an office on Route 21 in Irene near Pretoria, they had no idea they were being subjected to illegal surveillance. PAN agents and managers lingered in a room next door eavesdropping on the auditors, filming them going through invoices they had faked the night before.

The auditors had sniffed the stench of corruption because PAN agents had become careless; they had clearly grown so accustomed to a world without rules, or ethics, that they slipped up.

Only thing is, they slipped up again in bugging the boardroom. The oke who had been instructed to set up the cameras, wrote Pauw, had rigged them up the previous night and had left them running.

What the camera captured, unknown to the PAN spooks, was their own frantic attempt at destroying evidence and manufacturing invoices. In the process they shredded some of their own forgeries, leaving the real invoices behind.

Anyhow, the footage found its way to the auditors when a pissed-off spook broke ranks and surrendered it to them.

When everyone’s a liar you can’t even trust a house fly.

Siyabonga Cwele, after his appointment of Minister of State Security, had requested the then Inspector-General of Intelligence, Advocate Faith Radebe, to conduct an investigation into the alleged criminal conduct of PAN agents and their managers.

The investigations into PAN began in October 2009 after Gibson Njenje had been appointed as the DG of NIA (later to become the SSA).

The first of the OIGI reports was handed to Cwele in December 2013 and a supplementary was completed in April 2014.

The IG’s reports also referenced the findings and conclusions of several other SSA internal investigations into the PAN project, the brainchild of current DG of State Security Arthur Fraser (who was then DDG) and his then DG Manana Manzini.

When Radebe looked into the dumb and dumber bugging saga, she had no idea of the facts now revealed in Pauw’s book.

She begins this section of her 174-page report with “the unauthorised bugging of the boardroom at the CSU premises where the internal audit was being conducted is not in dispute”.

Radebe goes on to state that what remained to be uncovered, at the time, was the timing of the installation of the device.

“The OIGI team was faced with two versions of this; the one offered by the SSA team who have concluded it was done prior to the commencement of the audit for unlawful reasons, whilst the version provided by persons implicated in the bugging, Mr [Prince] Makhwathana and Ms W [a member of the Covert Support Unit] suggest the bugging was done subsequent to an alleged security breach by the head of the audit team [the SSA investigative team] who was seen faxing a document during the conduct of the audit.”

In a SSA report of November 2012, which Radebe referenced, the SSA team, said the IG, had placed reliance of their version on information they had received from a certain X. Additionally, another SSA employee, who had been involved in the placing of the bugs, Mr N, had provided a statement.

“In brief, Mr N, a SSA employee, states in November 2009 he was tasked by Mr Makhwathana to place these devices in the boardroom. He was advised to install the devices every morning before the audit team arrived. There however appears to be a contradiction in his statement as on the one hand he states that he was tasked to place listening devices where the auditors will be sitting, however, in the following paragraph he used the terminology ‘where the auditors are sitting’. This difference will become apparent shortly,” said Radebe.

Another statement Radebe had sight of was by “a certain Mr DK, a PAN member based in Polokwane”.

In DK’s statement, said Radebe, the agent had explained that he had been requested in October 2009 by Ms W, on the instruction of Mr Makhwathana, “to come to Pretoria with his technical equipment”.

“Upon arrival he was requested by Ms W to bug the boardroom where an audit process is about to commence. He stated that the placement of the bugs were done a day prior to the commencement of the audit. However, his statement is unsigned hence no reliance can be placed on its veracity and truthfulness. It is regrettable that the SSA team chose to rely on an unsigned statement to support their contention when it was within their power to ensue that it was signed, bearing in mind that this issue was important and recommendations of departmental charges flowed from it.”

A second statement, by a Mr M, confirmed that he had been tasked by Mr Makhwathana to bug the boardroom “the reason being that [the SSA auditor] was seen faxing documents hence there were security concerns. He does not provide a date for this tasking. What is however peculiar is that whilst Mr M provided a statement that he signed, the statement is written in the third person,” Rabebe astutely noticed.

Mr M, in his statement, had said that he had never questioned the authority of the bugging “as the instruction emanated form his senior and that he never witnessed the actions of [the SSA auditor]”.

The question of the timing of the placement of the devices was important, said Radebe, because of the opposing versions.

“Whilst this does not nullify the illegality of the bugging, it may lead to casting doubt on the findings of the team on the timing of the placement of the bugs which in turn could lend some credibility to the version of those implicated.”

Those implicated maintained at “all stages” that the bugging had been done following the witnessing of [the auditor] faxing documents, while the SSA audit team had found that the bugging had been premeditated and had been done “prior to the conduct of the audit to enable those members to gain prior knowledge of the audit findings for the purpose of discrediting or manipulating it”.

Of note, opined Radebe, was that [the SSA auditor] had maintained that the audit had commenced around 30 October 2009 while Mr N, in his statement, had stated that the request was made to him around November 2009 “which supports the version of those implicated”.

She noted that while the date of the placement of the bugging devices remained contentious and may have affected the substance of disciplinary charges against those members implicated, the fact remained that the bugging of the boardroom had been unauthorised in terms of the Regular Interception of Communications and Provision of Communications-Related Information Act 70 of 2002 (RICA).

In her findings on this particular matter Radebe said that it had been “abundantly clear that bugging took place in the boardroom and that the bugging was unauthorised”.

The OIGI finding was that there had been sufficient evidence which included the statements of Mr M and Mr N for disciplinary charges to be levelled against Makhwathana, Ms W, Mr DK and two other agents.

“In addition consideration may be had to the preferring of criminal charges for the contravention of RICA. It is further found that whilst there appears to be no direct evidence of the involvement of Mr E [a member of SSA] in the bugging, there is sufficient evidence to prove that he was subsequently made aware of this unlawful act and failed to report or act upon it. This failure could result in misconduct charges being preferred against him.”

Makhwathana was later placed on suspension for six years, earning around R6-million, before surfacing in July 2016 after writing to then DG Sonto Kudjoe, asking that the matter be resolved. Kudjoe resigned in August 2016 and was replaced by the man who had masterminded PAN, Arthur Fraser. New Minister of State Security, David Mahlobo, later intervened and lifted Makhwathana’s suspension.

As Pauw recounts in his book, “The auditors found devastating evidence in the files and were at the PAN offices for four days. When they left to report back to their director-general, the lid had been lifted on corruption and wasteful expenditure that far exceeded the shenanigans at President Zuma’s private homestead of Nkandla. But this was, after all, the hazy world of smoke and mirrors that they call state security, where the Intelligence Act is manipulated to shield marauders and veil miscreants.” DM