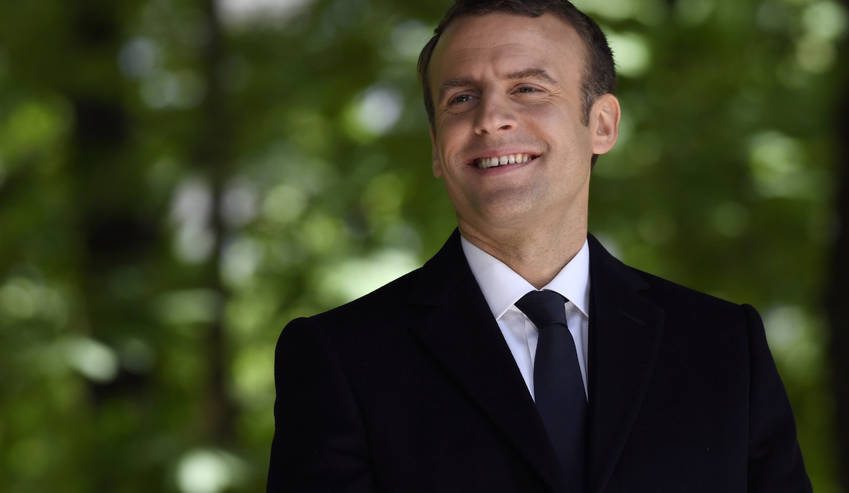 To clearly break with past France-Africa relations, a lot more than the “big policy speech” is needed. By Liesl Louw-Vaudran for ISS TODAY.

When French President Emmanuel Macron was elected earlier this year he became the youngest-ever French head of state at the age of 39. He didn’t hail from any established political party and was seen as bringing a whole new approach to politics in Europe.

It was somewhat of a gamble to hold his first big speech in front of students in a country such as Burkina Faso with a vocal, youthful population. It was after all through popular mass action that the long-term leader and ally of France, Blaise Compaoré, was driven out of power in November 2014.

Yet Macron’s choice of venue wasn’t much different to those of his predecessors Nicholas Sarkozy and Francois Hollande – the University Cheikh Anta Diop and General Assembly respectively, both in Senegal’s capital Dakar. So, while Macron might try to say different things, it’s still the same ritual.

Ouagadougou, however, gave Macron the chance to pay tribute to the popular Thomas Sankara, the outspoken Marxist critic of neo-colonial interference in Africa who was assassinated in 1987. Macron was applauded by the students when he promised to declassify the remaining files on the assassination that brought Compaoré to power.

Macron comes with all the best credentials: “I’m like you, of a generation that has never known a colonised Africa,” he told the students. “I am from a generation that does not come and tell Africa what to do.” He went as far as saying that this wasn’t a grand speech about turning over a new leaf in Franco-African relations, “because there no longer is a French policy for Africa”. Instead, France’s relations with Africa were about real people, he said – some were friends with whom France agreed; some were not.

An official said after the speech that Macron also wanted to move away from other labels such as referring to “development” when it came to Africa, and replacing it with the more positive-sounding “economic growth”, “entrepreneurship” and “investment”.

Macron wants French companies to do things differently, and more responsibly, in Africa too. Companies seeking French government support to do business in Africa must commit to train and employ locals and not repeat ‘the mistakes of the past’ – certainly a reference to the corrupt political and business links of the notorious Françafrique.

The speech came with several notable announcements. Macron promised to increase aid to Africa to 0.55% of gross national income. France will also devote €1 billion to supporting small and medium-sized enterprises in Africa. There was also a hint that France might let go of the controversial CFA franc – the currency of Francophone African states that is still being coined in France.

When it came to France’s military presence in Africa, despite the emphasis on the G5 Sahel and the Alliance for the Sahel as a possible exit strategy, nothing was said in the speech about reducing the 4,000 French soldiers present in the Sahel. Sarkozy and Hollande both promised a systematic reduction and closure of French bases in Africa. But the threat of terrorism in the Sahel and civil war in the Central African Republic saw France make a huge military comeback in 2013.

Macron said regarding governance, France sided with those fighting for democracy and the rule of law – but didn’t point any fingers. This was despite the grave governance problems in places like Togo and Cameroon – two strongholds of Franco-African relations. Neither did he express support for citizens fighting for a change of power in the Democratic Republic of the Congo.

The most spectacular of Macron’s announcements though was about rescuing migrants from Libya. This had to be done, given the outrage at media images of sub-Saharan Africans being sold off as slaves in Tripoli. France has been criticised for the way it intervened in 2011, as part of the North Atlantic Treaty Organisation (Nato), to get rid of former Libyan leader Muammar Gaddafi. It has also been lashed for potentially putting migrants’ lives in danger by proposing “hotspots” in Niger, Chad and Libya to keep economic migrants from crossing the Mediterranean.

The joint EU-AU initiative for Libya, formally announced in Abidjan the next day, was certainly noteworthy and important – but it will be complicated and costly to carry out. For now, the announcement is symbolic and a short-term win for France. Another quick win was an emphasis on creating more opportunities for Africans, especially women, to study in France.

Macron also promised to return colonial-era African art to Africa within the next five years – an announcement that went largely unnoticed, but with potentially huge symbolic value. It will certainly raise the eyebrows in Paris’s prestigious museums that house invaluable collections of artworks carted off during the colonial period.

So despite his protestations in Ouagadougou that France “doesn’t have an Africa policy”, Macron couldn’t resist the big policy speech – transmitted live on radio. He also accorded an exclusive interview with French media on his Africa policy the day after the speech.

Macron’s Ouagadougou address was full of popular buzzwords and a focus on low-hanging fruits, but it remains to be seen how much of this becomes a reality over the longer term.

To clearly break with past relations between France and Africa, epitomised by the Françafrique, a lot more will have to happen. For a start, Francophone African leaders will have to let go of seeing France as the mother country that will provide when things go wrong. DM

Photo: French President Emmanuel Macron looks on at the Jardins du Luxembourg in Paris, France, 10 May 2017 during a ceremony to mark the anniversary of the abolition of slavery and to pay tribute to the victims of the slave trade. Photo:    EPA/ERIC FEFERBERG / POOL