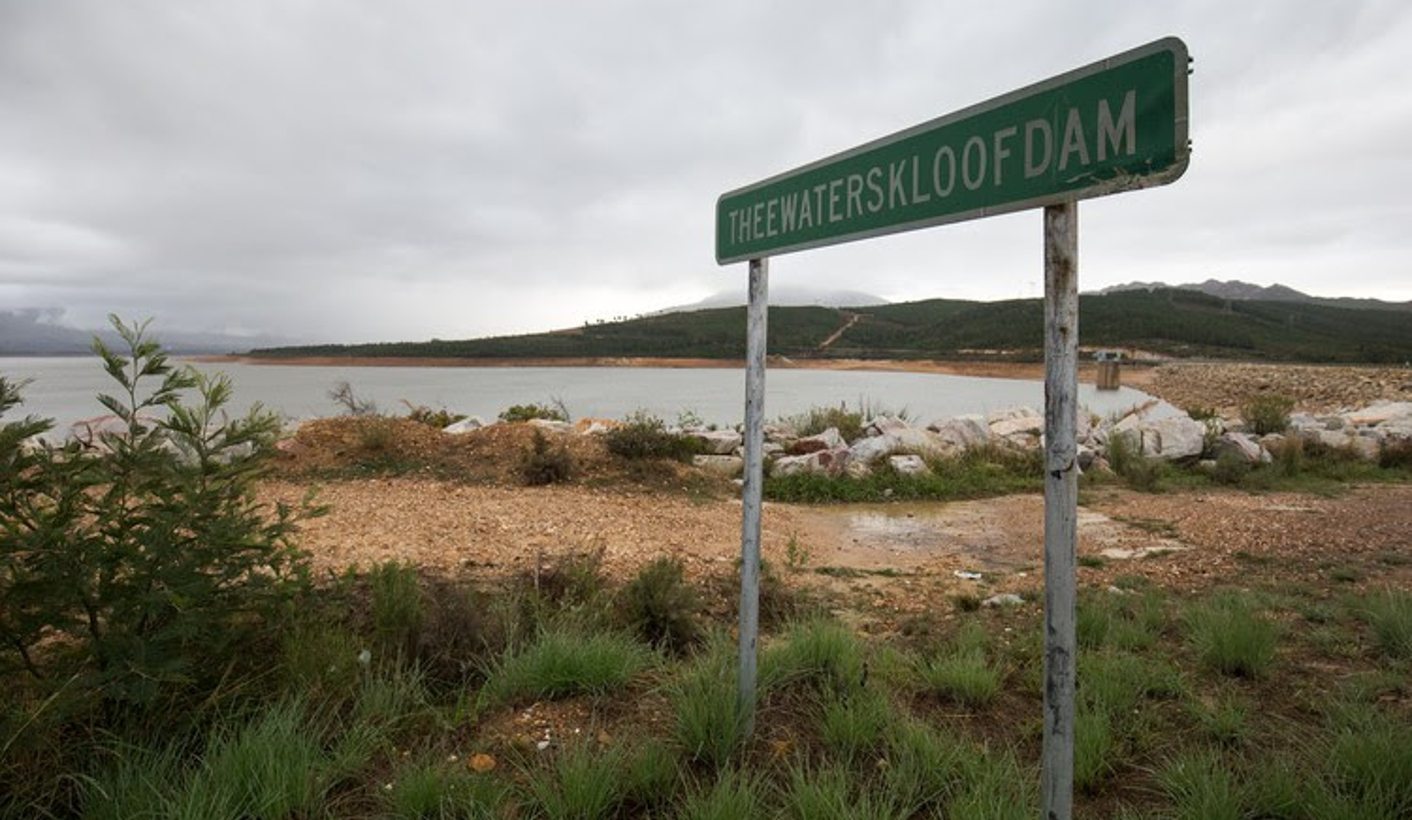 There are several unanswered questions. By Aidan Jones and Nathan Geffen for GROUNDUP.

“Day Zero is the stark reality we face when most taps will be turned off and residents will have to queue for water.” This sombre announcement was made by Mayor Patricia de Lille at the launch of the City of Cape Town’s water dashboard on 23 November.

Day Zero kicks in when the dams are down to 13.5%. It is hard to extract water from the dams when they are below 10%. Currently they’re at 35%. Last week, which had a good dollop of rain, levels dropped one percentage point. The city currently estimates 20 May as Day Zero. It’s a moving target and obviously a rough estimate.

Curious to understand both how Day Zero is calculated, and how things will work if it happens, we sent the city some probing questions.

How is Day Zero calculated?

“Day Zero is calculated by subtracting the expected usage of water from the Western Cape Water Supply System current dam volumes,” Xanthea Limberg, the Mayco member in charge of water, told us.

We asked for access to the spreadsheet or computer programme that calculates Day Zero, but so far the city hasn’t provided this.

Piotr Wolski, a water scientist at the University of Cape Town, has created a tool to assess dam levels in the Western Cape called the  Big Six Monitor. It currently calculates Day Zero to arrive on 21 April. But if you (1) push Wolski’s estimated household water consumption down from 600-million litres per day to the city’s target of 500-million litres per day, and (2) add 196 million litres per day of additional water from 1 February that the city hopes to introduce, coincidentally enough, you get the same date as the city: 20 May.

Bringing new water online doesn’t push Day Zero off as far you might think. For example in the past few months the city has brought an extra 7-million litres daily online. But that delays Day Zero less than a day.

How does the city plan to bring nearly 200-million additional litres per day online by February? It has seven projects lined up. According to Limberg: “These are Monwabisi, Strandfontein, the V&A Waterfront, and Cape Town Harbour desalination plants; the Atlantis and Cape Flats Aquifer projects; and the Zandvliet water recycling project.” The problem is that not all of this will come online instantly from 1 February.

Limberg says the city also has “12 projects in the advanced stage of planning that are ready to proceed if required”.

If households do manage to drop consumption to 500-million litres per day, let’s say from this week, that delays Day Zero by nearly two weeks.

The city has planned to have 200 water collection points for Day Zero. How do you arrange these points in a 2,400 km2  city? Even if you could find an optimal way to do this (extremely difficult in Cape Town), the average person will live a couple of kilometres from a point. We asked the city for details.

She did not provide a map of the collection points.

Limberg said that people will have to get themselves to and from water collection points. She said “special provisions will be made to ensure that vulnerable groups are able to access water”. But she provided no details on how this will work.

“We are engaging with national and provincial government, businesses, communities and NGOs to support us to care for the elderly and those with disabilities,” said Limberg.

Does the municipal water infrastructure allow for water to be provided only to the 200 collection points, but not to their surrounding neighbourhoods? Limberg did not answer this question.

And how do you service Cape Town’s 1.26–million households daily?

We crudely calculated that the distribution points would have to be providing water to about eight households a minute, 12 hours a day. Even if, let’s optimistically say, half the city’s households manage to find a way to avoid using the water collection points, that’s still four households per minute. The logistics of getting that right are daunting. DM

Photo: Cape Town’s largest dam, Theewaterskloof, is down to less than 24% of its capacity. Photo from 11 May: Ashraf Hendricks