Theatre Review: Cinderella on Ice – the magic of thea...

Theatre Review: Cinderella on Ice – the magic of theatre meets the graciousness of ice 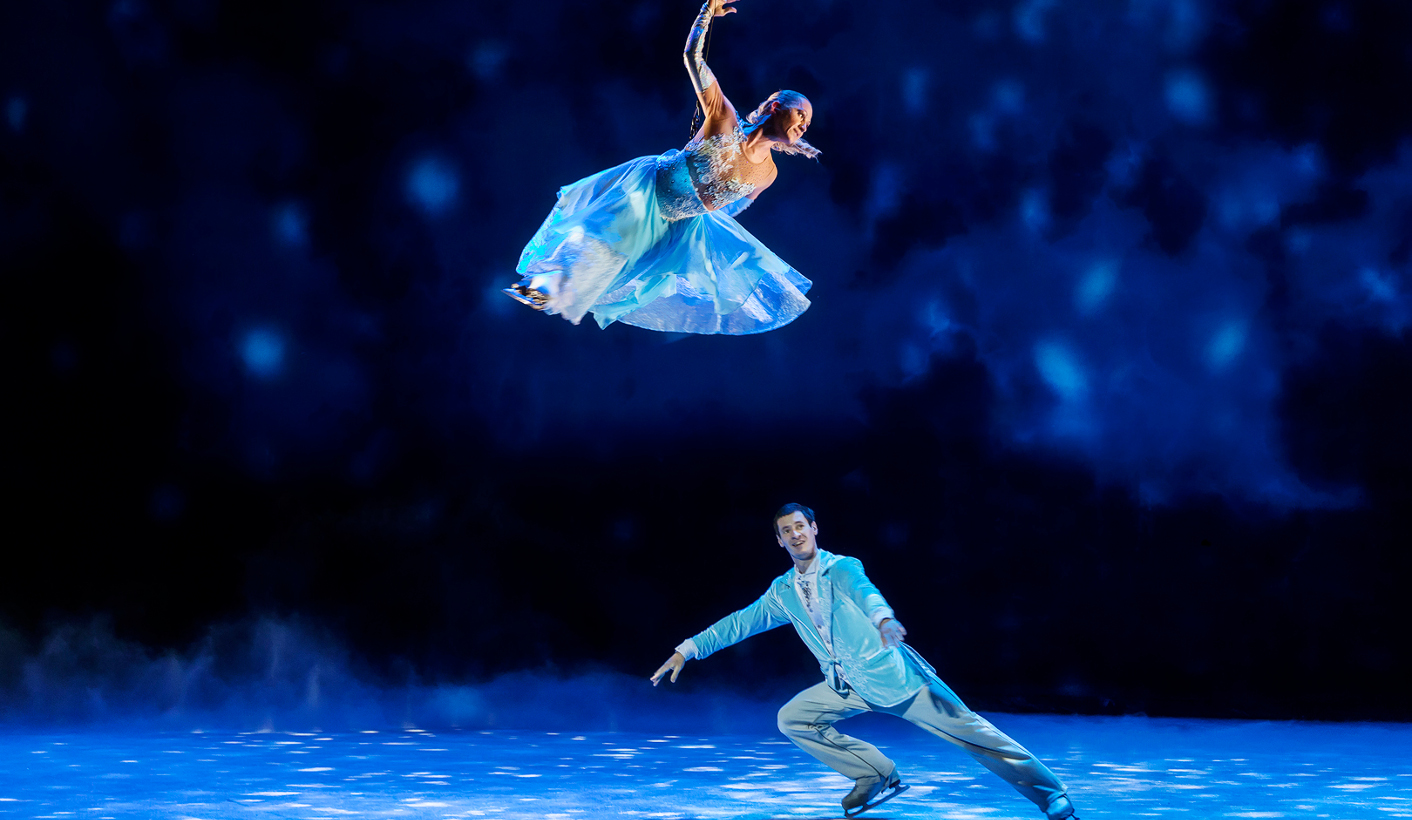 Can anything be more romantic than an ice-skating pas de deux? All the swirls and clinches, coy looks and exuberant leaps, pulling away then drawing magnetically together, and trusting each other implicitly as one supports the other. All performed with silky smoothness against a background of swelling violins. Ahhh, when the magic of theatre meets the graciousness of ice you forget for a time that all is not well in the world. By LESLEY STONES.

This year’s performance by Russia’s Imperial Ice Stars is Cinderella On Ice, and the cast is as fantastic as ever, crammed with medal-winners who are athletes as much as ice skaters.

There’s a freedom of movement on ice that lends itself perfectly for a fairy tale, where everything has a touch of fantasy already.

In many scenes your eyes flit from one couple to the next, or to the single skaters darting between them as you try not to miss a thing.

There’s a lovely scene in the village square where Cinderella (Olga Sharutenko) and her prince, the Lord Mayor’s son (Bogdan Berezenko) dance separately but mirror each other’s movements without knowing that the other is there. Just gorgeous.

The first half does the groundwork by setting the basic storyline. We see pretty Cinderella being bullied by her two stepsisters – helpfully dressed in garish pink and orange so you can instantly tell who they are – and her stepmother (Maria Mukhortova) wearing vampish red velvet. Cinderella’s father (Sergie Lisev) is a breathtaking skater, but in this cast of stars, everybody else is too.

It’s not as mesmerising as some of their previous shows, however, partly because the music doesn’t have the sublime heart-swelling moments or sheer drama of a Tchaikovsky or Prokofiev score. In the glossy programme, director Tony Mercer says they applied to Prokofiev’s estate for permission to use his Cinderella composition. Prokofiev’s score is perfect for ballet but doesn’t have the flow that skating requires, Mercer says, so he wasn’t heartbroken when the request was declined for precisely that reason.

Instead he commissioned Tim Duncan to compose a new score especially for the show. That’s played as a recorded soundtrack rather than by live musicians, and sometimes the sound is a fraction tinny. The score naturally lends itself perfectly for ice skating, but there are no fiery, emotion-stirring passages that you go home humming.

Instead the drama comes in the movements, with big, bold choreography that the cast performs superbly.

The second half blossoms with a more exhilarating flamboyance. There’s an art deco background for the party scene where Cinders and her man perform their dance of love. Then her beau instantly celebrates getting his girl, larking about with the lads with more spectacular swirls and leaps and even some Irish dancing.

The costumes by Albina Gabueva are lush and colourful, with enough flowing gowns to look pretty but practical enough not to get in the way. They use special materials too, to make sure that a skater holding his partner aloft by just one hand gets a non-slip grip!

The Russians can’t help but show off their prowess after each of these shows, so as soon as everyone is living happily ever after, their final bow turns into another delightful demonstration of their superb skills.

There are human spinning tops everywhere, women sitting on shoulders, being held up by one hand, or dangling perilously close to the ice as their partners spin them round holding on to their ankles. It’s fabulous, energising fun. DM

Photo: Cinderella on Ice runs at Montecasino’s Teatro until 6 January then moves to Cape Town’s Artscape from 10-28 January Photo: Supplied