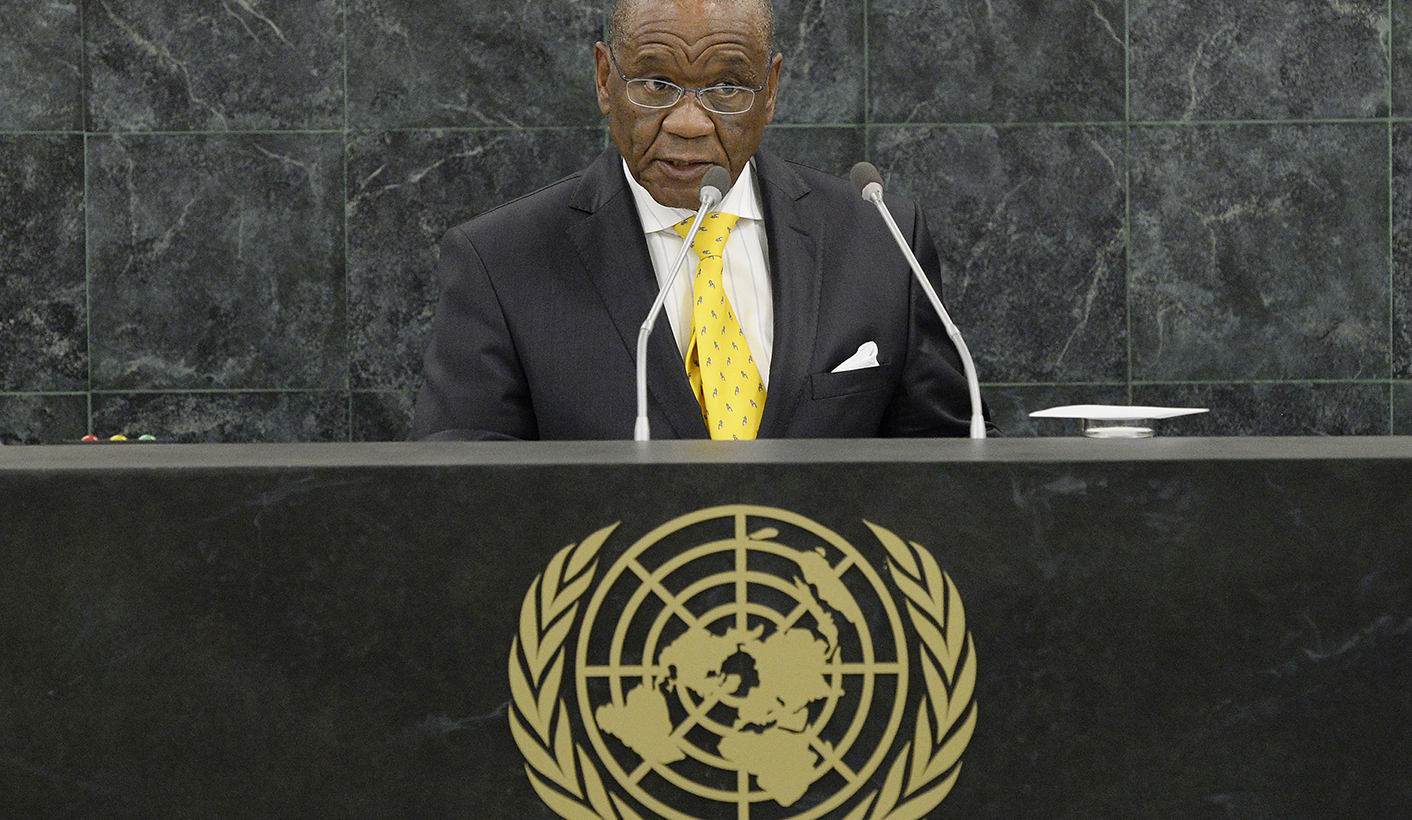 A regional peacekeeping force has finally been deployed in Lesotho, and has already enabled the government to begin arresting soldiers suspected of crimes committed over the last few years of political turbulence in the landlocked country. By PETER FABRICIUS.

A seven-nation “contingent force” of about 260 soldiers of the Southern African Development Community (SADC) began arriving in Lesotho on 20 November and was officially launched this weekend after being fully deployed.

Lesotho Prime Minister Tom Thabane confirmed to Daily Maverick that the deployment of the force was enabling him to begin arresting soldiers accused of crimes. “That’s the objective and the intention and nothing more than that,” he said in a brief interview at the African Union-European Union summit in Abidjan on Thursday.

Since the force began deploying, Lesotho police have arrested several soldiers implicated in two crimes. One was the shooting of Lloyd Mutungamiri, the editor of the Lesotho Times and Sunday Express newspapers, as he pulled up at his house in Maseru one night, in July 2016. He was badly injured but survived.

Mutungamiri had been picked up for interrogation by police detectives just before he was shot, apparently in connection with two reports in the Lesotho Times which the government of then Prime Minister Pakalitha Mosisili deemed to be defamatory about then military chief Tlali Kamoli.

Kamoli himself was arrested earlier in 2017 in connection with alleged complicity in political crimes.

The second crime for which arrests have been made since the SADC force began deploying was the murder of former military commander Maaparankoe Mahao in June 2015. He was shot dead by soldiers near his home, supposedly while resisting arrest on Kamoli’s orders, though his family insisted he had been murdered in cold blood.

The Lesotho Times reported at the weekend that eight soldiers had appeared in the Maseru magistrate’s court on Wednesday on murder charges related to Mahao’s killing.

The paper quoted Police Commissioner, Holomo Molibeli, as saying it was likely that more suspects would be arrested and charged as police investigations continued. The Lesotho Times named two captains, two sergeants, three corporals and one lance corporal as having been charged.

Mahao had been military commander during Thabane’s previous term as prime minister. But he was killed after Pakalitha Mosisili had returned to office as prime minister after elections in February 2015. It was Mahao’s death which prompted SADC to appoint the Phumaphi commission of inquiry into that killing and surrounding circumstances.

In October 2015 the commission recommended that Mosisili fire Kamoli, properly investigate the killing of Mahao and other crimes committed by soldiers and undertake deep political, constitutional and security sector reforms to depoliticise the military, which has been meddling in politics for decades.

Mosisili eventually only fired Kamoli in December 2016 under pressure but took no other action against the many soldiers implicated in political crimes. Mosisili was then defeated in elections in June 2017 and Thabane returned to office at the head of a new coalition.

When he began to implement the Phumaphi commission’s recommendations by moving against the suspect soldiers, his new military chief Khoantle Motšomotšo was shot dead by subordinate officers facing arrest on 5 September.

That prompted SADC to deploy the continent force with a mandate to protect Thabane’s government while it took action against the renegade soldiers and conducted other reforms. Kamoli was arrested in October, even before the force was deployed.

“It is our firm conviction that the presence of this mission is necessary to establish a secure, stable and peaceful environment conducive [to] the implementation of … constitutional, parliamentary, judicial, public and security reforms,” Deputy Prime Minister Monyane Moleleki was quoted by AFP as saying at the official launch of the mission on Saturday

SADC executive secretary Stergomena Tax told Daily Maverisck the force was due to deploy earlier but this had been delayed by logistical difficulties. DM