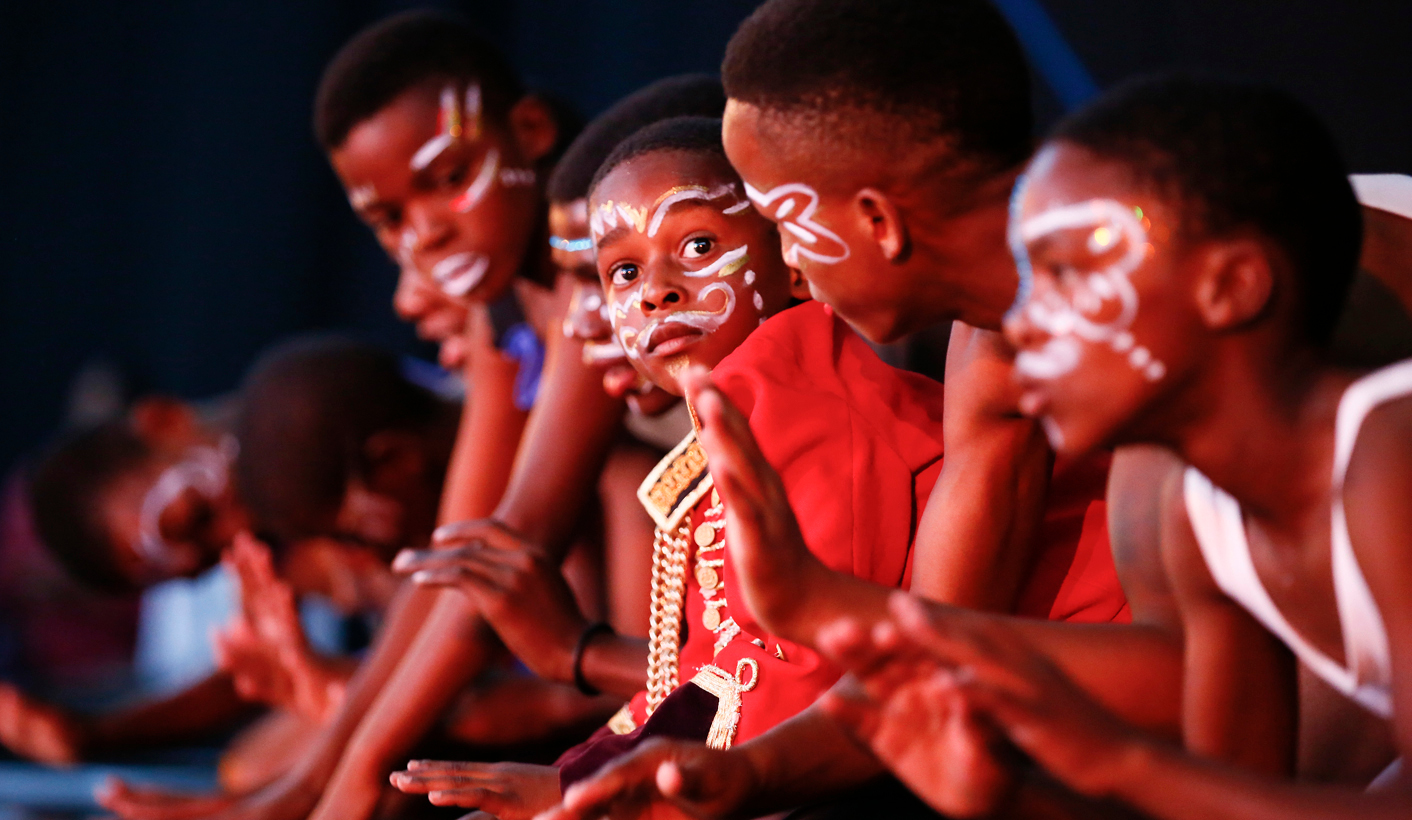 At the current rate, it will not be possible to achieve the 2020 Super-Fast-Track framework. Rather, we’re likely to see 300,000 new adolescent infections per year by 2030, says a new report by UNICEF. By MARELISE VAN DER MERWE.

If current trends persist, 2030 will see 3.5-million new adolescent HIV infections, or nearly 300,000 per year. This is according to projections from the 2017 UNICEF Statistical Update on Children and Aids, released on World Aids Day.

It is not only adolescents at risk, either. In 2016, some 120,000 children under the age of 14 died of Aids-related causes, and 18 children were infected with HIV every hour.

More bad news: According to a UNICEF analysis of demographic trends and new HIV data, targets set in the 2020 Super-Fast-Track framework, and developed in 2016 to end Aids among children, will not be achieved.

“It is unacceptable that we continue to see so many children dying from Aids and so little progress made to protect adolescents from new HIV infections,” said Dr Chewe Luo, Chief of HIV for UNICEF. “The Aids epidemic is not over; it remains a threat to the lives of children and young people and more can and should be done to prevent it.”

According to a statement from UNICEF at the launch of the latest Children and Aids: 2017 Statistical Update, there has been progress in the fight against Aids, particularly in preventing mother-to-child transmission of HIV. About two million new infections in children have been prevented since 2000, the statement said. However, added UNICEF, children under four years old who are infected with HIV face the highest risk of Aids-related death compared to other age groups.

“Paediatric HIV testing and treatment is lagging, with only 43% of HIV-exposed infants being tested within the recommended first two months of life, and the same percentage of children living with HIV receiving life-saving antiretroviral treatment,” the statement said.

Further, added UNICEF, progress in preventing new infections among adolescents – and improving testing and treatment in adolescent populations – has been too slow. In 2016 alone, 55,000 adolescents aged 10-19 died from Aids-related causes, with 90% of them being in sub-Saharan Africa. And for every five adolescent boys living with HIV, there were seven girls with HIV in the same age group.

According to UNICEF’s online information portal and community for the HIV/Aids programme, most new HIV infections among children occur during breastfeeding, so mother-to-child transmission requires greater focus on adhering to medication – and retaining mothers and infants in care programmes. However, says UNICEF, “Treatment gains for children have not kept up with prevention.” According to the site, less than half of the 2.1-million children (aged 0-14) living with HIV around the world in 2016 received ART, and when they did receive it, it often came too late. “Without timely treatment, one third of children with HIV die before their second birthday. On average, children living with HIV started treatment at the age of 3.8 in sub-Saharan Africa,” UNICEF said.

Between 2000 and 2016, UNICEF added, annual Aids-related deaths declined for all age groups except adolescents (aged 10-19), where the number of Aids-related deaths more than doubled, from 24,000 to 55,000 cases. “Most concerning,” the organisation reported, “is the unacceptably slow progress made in preventing new infections among adolescents aged 10-19.” Globally, 2.1-million adolescents were living with HIV in 2016, a 30% increase from 2005.

High population growth, and the existence of a youth bulge in many developing countries, does account for the difficulty in preventing the number of infections from rising in some areas. But, says UNICEF, the risk is still disproportionate for certain at-risk groups – particularly adolescent girls, who account for 67% of all new HIV infections in the 15-19 age group worldwide. (Some 1,000 young women aged 15-24 are infected every day.) Moreover, in many areas, young women are most at risk, but least likely to have access to treatment and other services.

Earlier in November, UNAIDS had announced that remarkable progress was being made in HIV treatment worldwide. Overall, the organisation said, access to treatment has risen significantly since the year 2000. Seventeen years ago, just 685,000 people had access to antiretroviral therapy, whereas by June 2017, 20.9-million had access to the drugs.

“Many people do not remember that in 2000 there were only 90 people in South Africa on treatment,” Michel Sidibé, Executive Director of UNAIDS, said at the time. “Today, South Africa has the biggest life-saving treatment programme in the world, with more than four million people on treatment. This is the kind of acceleration we need to encourage, sustain and replicate.” Health minister Aaron Motsoaledi added that in 2001, the first person in Khayelitsha started HIV treatment. By 2017, there were almost 42,000 people on treatment there.

The challenge, it appears, is replicating that impact among children and adolescents. The UNAIDS report also highlighted that a person adhering to an effective regime of antiretroviral therapy is up to 97% less likely to transmit HIV, underlining the need for management of HIV transmission among all age groups. According to the report, scaling up treatment access among pregnant women decreased mother-to-child transmissions by 56% in eastern and southern Africa – the region most severely affected by HIV – between 2010 and 2016, and by 47% globally over the same period.

UNAIDS, despite its optimism, also acknowledged that substantial gaps remained. “The challenges now are to ensure that the 17.1-million people in need of treatment, including 1.2-million children, can access the medicines and to put HIV prevention back at the top of public health programming, particularly in the countries in which new HIV infections are rising,” the organisation said.

Medicins Sans Frontieres (MSF) released a report titled Right to Health in November 2017, which similarly argued for ensuring access to healthcare for all. It, too, acknowledged progress South Africa has made in scaling up antiretroviral (ARV) treatment to 4.2-million people.

But, it added, in order to reach the 40% of people living with HIV who still have not started ARVs, scaling up public access to new tools such as self-tests would be necessary.

“Despite significantly improved access to ARVs, major challenges remain to reduce HIV/Aids mortality in South Africa from an unacceptably high 180,000 deaths a year,” said Medical Co-ordinator for South Afirca, Dr Amir Shroufi. Shroufi, speaking not only about the protection of children and youth but about expanding access more generally, argued that HIV services should be geared towards better patient retention, and supporting the return of those who stop accessing services. Longer prescription times and community pick-up points, as well as organised support groups, would be helpful, he added. Nurses and lay counsellors should receive supportive training, he said, and UNAIDS should include mortality reduction targets in reporting and monitoring – and help governments like South Africa’s focus on measures to achieve these goals.

To address some of the gaps in preventing and treating HIV/Aids, particularly in children and adolescents, UNICEF recommended four key changes:

This, however, will not be easy. According to MSF’s Right to Health report, which the organisation argued “gives a clear demonstration of the challenges ahead in efforts to end the Aids epidemic as a public health threat by 2030”, funding needs to increase. The funding gap, it estimated, would be approximately $7-billion by 2020. Which, alongside tackling the vulnerability of children and adolescents, places the HIV/Aids challenge at a different level.

But that – as we heard at the International Aids Conference earlier this year – is a whole other story. DM