AU/EU summit: Auction of migrants in Libya to be probed, planes to be sent to evacuate camp 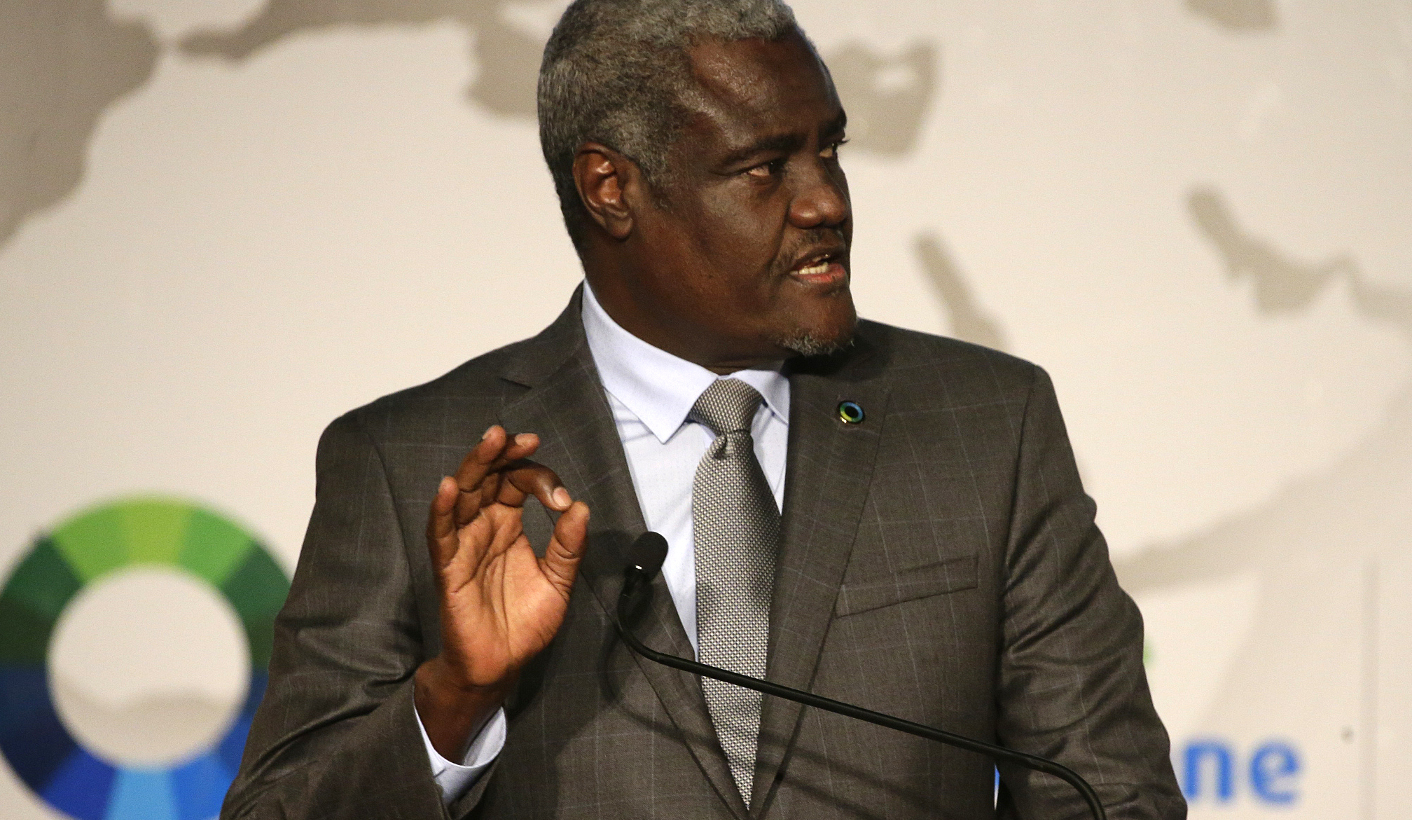 A video of a purported slave auction of migrants in Libya put the issue of slavery and human trafficking of migrants at the centre of the agenda of the AU-EU summit, which closed late on Thursday. By PETER FABRICIUS in Abidjan.

African and European leaders ended a summit here on Thursday with firm commitments to fight slavery and other human rights abuses against African migrants in Libya.

African Union Chairperson Alpha Condé announced at the end of the AU-European Union summit that Moroccan, French and German aircraft would soon start evacuating the 3,800 migrants from one particularly bad camp near the capital, Tripoli.

EU officials said they would also be discussing a proposal here from French President Emmanuel Macron for police and military action against human traffickers and slavers in Libya.

South African officials welcomed Macron’s offer though they insisted that any action would have to be carefully co-ordinated between the AU, EU and the UN which agreed at the summit to establish a joint task force to tackle the problem.

Macron told French journalists on the margins of the summit that he was calling for “police and military action” to tackle the human trafficking networks that were operating from the Sahel to Libya and across the Mediterranean.

He later qualified his proposal by saying it “does not mean waging war in Libya”. But he added that human traffickers were connected to terrorist networks. “Sometimes it is the same people who wage war on us and who create victims in the Sahel and Sahara.”

Ivorian President Alassane Ouattara, the summit host, told journalists that he agreed “nearly on everything President Macron has said. It is an urgent matter and we should find ways and concrete measures to deal with this. And we are doing it already in Cote d’Ivoire.”

Ouattara seemed to be referring to the joint task force which the AU, EU and UN agreed to set up at the summit to tackle the abuse of migrants.

The summit also ended with a joint AU-EU declaration on the migrant situation in Libya, demanding “the opening without delay of a thorough, credible and independent investigation into the alleged sale at auctions of African migrants and the related serious violations of their rights”.

It also called for an investigation of the condition of migrants in Libya and for ways to be found to provide them with help in voluntary repatriation to their countries of origin.

The declaration also asked all destination states with illegal migrants on their territories “to suspend their forcible return to Libya, considering the dangerous security situation in the country”.

And it urgently appealed to the international community as a whole to provide financial, material and technical support to the efforts of the AU Commission, the International Organisation for Migration and the countries whose nationals were stranded in Libya, to facilitate the return of migrants who wished to be repatriated.

At a press conference after the summit, EU Commission chairperson Jean-Claude Juncker dodged the question of what the EU thought about Macron’s proposal. He said such military action would be the competence of the EU’s member states and not the EU itself.

Conde said the EU and AU would be setting up “special forces” to fight the human traffickers, though he seemed to be referring to fighting a financial war against them. He said they had accounts in Dubai and elsewhere in the Middle East and it was the responsibility of all countries where these accounts were held to close them.

AU Commission chairperson Moussa Faki said the AU commissioner for social affairs had recently visited the camp of about 3,800 migrants near Tripoli which comprised mainly West African women and children.

“As far as possible we need to get them out of there,” he said, adding that this was just one of 43 such camps, according to the Libyan government.

Asked for his response to Macron’s proposal for military and police action against the traffickers, Faki stressed the need for police and intelligence co-operation between Europe and Africa to combat the traffickers. “We need to go to the sources of their funding and we need the co-operation of all states in the world.”

A CNN video on a purported slave auction in Libya of migrants provoked huge discussion at the summit on the issue of slavery and human trafficking of migrants in general in Libya and put the issue at the centre of the summit agenda. DM