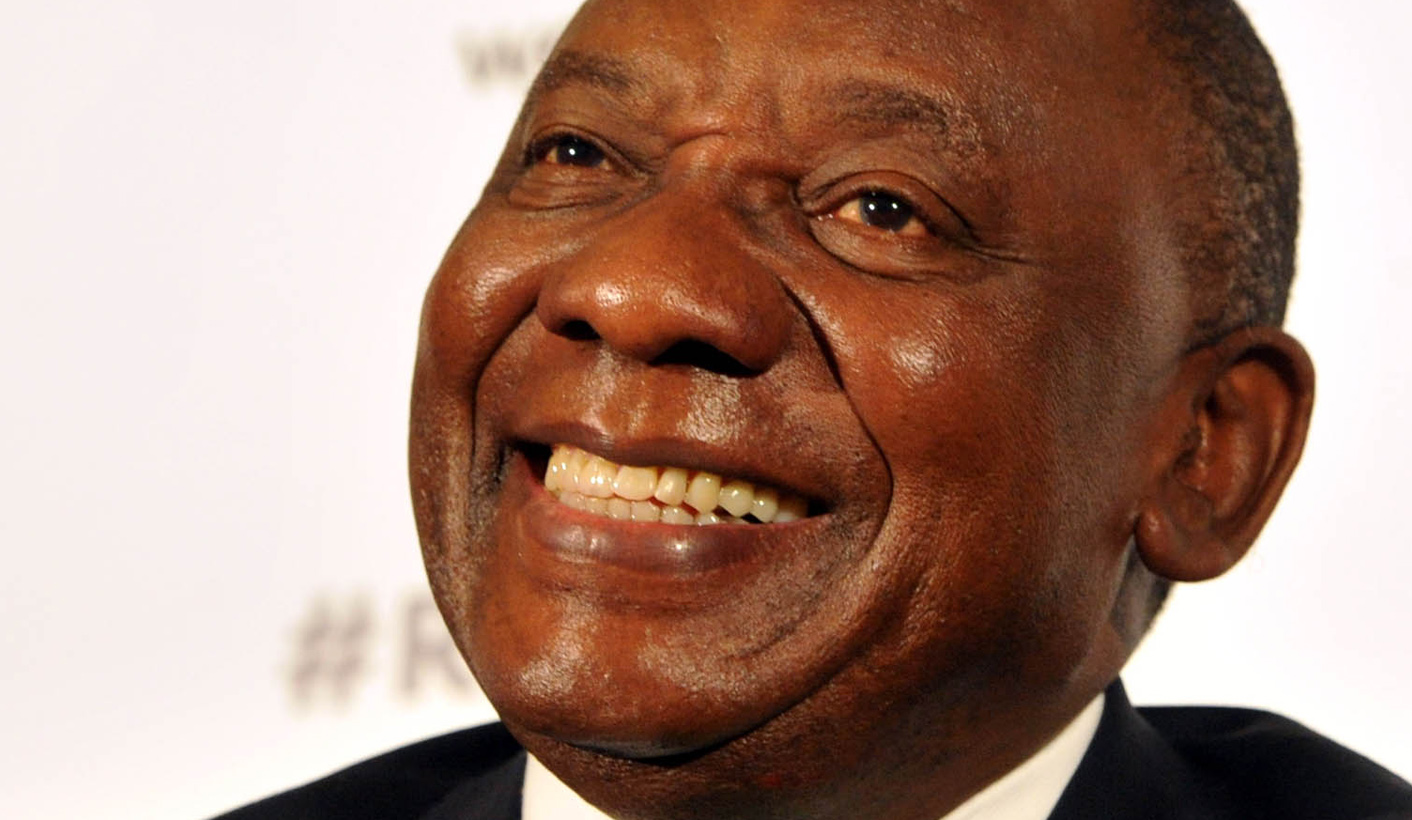 In the Eastern Cape on Thursday, the ANC overwhelmingly nominated Deputy President Cyril Ramaphosa for president. It’s the first of the big provinces to nominate, and so far Ramaphosa is doing better than pundits had expected. The rest of his list also tells an interesting story about the branches. By CARIEN DU PLESSIS.

It was short and sweet compared to the Eastern Cape’s tempestuous elective conference two months before. No chairs were thrown and there were no reports of anybody being admitted to hospital.

Even “factional” T-shirts were forbidden at the provincial general council where Deputy President Cyril Ramaphosa was nominated by 423 branches for president, compared to 61 for ANC MP Nkosazana Dlamini Zuma.

It’s surprising, because the divisions apparent at the provincial conference when delegates from the lobby supporting Dlamini Zuma walked out indicated that she should get about 45% of the branch votes here.

The actual branch nominations show that her support is more like 14%. That the her lobbyists have lost 15 out of 15 court cases in the province in the run-up to December’s elective conference perhaps point to the fierceness of the effort they put into the fight here.

Should the delegates who support Dlamini Zuma come from the bigger branches (which get to send more delegates than smaller branches), that figure, optimistically, could be as high as 20%, but not much higher.

Ramaphosa’s support is perhaps better than his camp expected, and the nominations could still go both ways for him.

The success so far could indicate that the numbers in the provincial general councils which are yet to happen and which are expected to nominate Ramaphosa, such as Limpopo and Gauteng, could be even more favourable than his campaigners expected – just as in the three PGCs that have nominated him so far.

And yet, the Dlamini Zuma camp could perform, and lobby, much better on a conference stage, which means they could still pull a surprise out of the bag at the party’s national elective conference at the Nasrec Expo Centre in just over two weeks, even if the branch nomination figures are close or unfavourable to her.

All eyes will, however, be on Mpumalanga and KwaZulu-Natal, both of which are expected to nominate Dlamini Zuma. These are the top two provinces in terms of delegation size (the Eastern Cape is third); their numbers matter.

Mpumalanga has been a bit of a dark horse due to ANC chairperson and premier David Mabuza’s tight grip on the party and his reluctance to openly declare allegiance.

All indications are that the provincial leadership supports Dlamini Zuma, but although most branches are also expected to nominate her, it’s not quite clear how big her majority might be. Things are also a bit murky since many branches simply wrote “unity” on their nomination forms.

So far, the Northern Cape and the Western Cape have nominated Ramaphosa, again with impressive figures compared to Dlamini Zuma’s. In the Western Cape she mustered only 13 branches out of the 145, while Ramaphosa got more than 83% of support.

Ramaphosa surprised by getting 28 of the total branch nominations in the Cape Town metro, where Dlamini Zuma’s camp claimed dominance. She got only eight branches there.

In the Northern Cape, Dlamini Zuma got 11 branch nominations out of 165, and Ramaphosa got the remaining 93%.

But Ramaphosa is certainly not “safe” yet.

When envelopes with branch nominations were opened in the Free State’s PGC on Tuesday, it revealed that Dlamini Zuma got 209 nominations, against Ramaphosa’s mere 44 branches.

While this is a poor show for him, Ramaphosa’s supporters never expected him to do well there in the first place, so perhaps the Free State loss there is acceptable for him at this point.

Eastern Cape ANC members, who like to think of themselves as politically sophisticated, also proved those, who say delegates are mere rubber stamps and voting fodder, wrong .

Despite science and technology minister Naledi Pandor being on Ramaphosa’s official slate as deputy president, she only got 59 nominations from the province, with most (193) going to ANC Treasurer-General Zweli Mkhize, and marginally fewer (190) to Mabuza, who is supposedly on the Dlamini Zuma slate in that position.

Branches have therefore not allowed Ramaphosa to dictate slates to them.

ANC Secretary-General Gwede Mantashe last week announced that voting for the top six would take place and results be announced one by one to avoid slate voting. This would also make it possible to negotiate leadership and accommodate leaders from another slate.

It’s still early days, but Thursday’s Eastern Cape nominations seem to indicate, in some aspects, that the conference might not be as predictable as either camp would like us to believe. DM