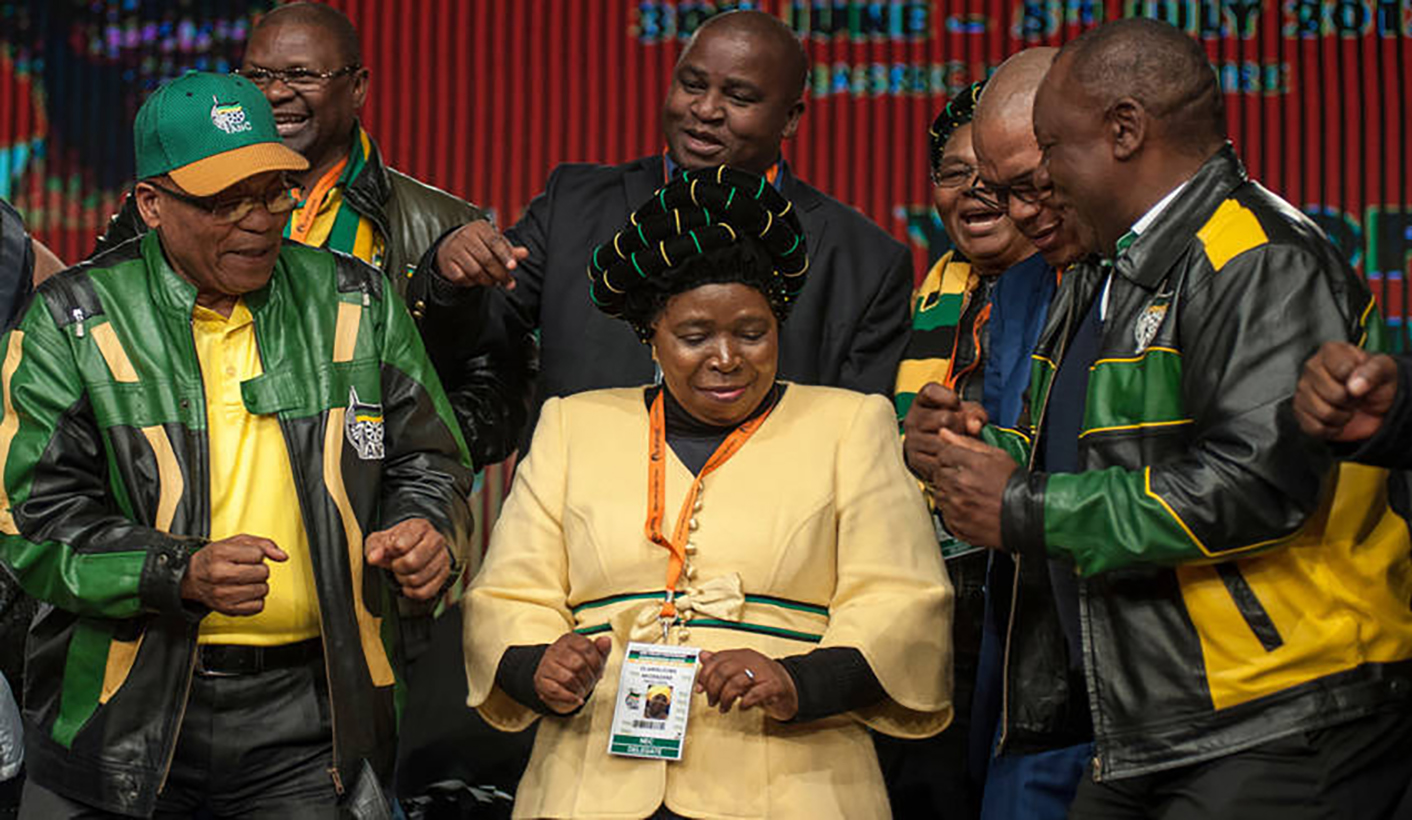 As ANC presidency campaigns began to intensify in June 2017, they illustrated a lack of cohesion and focus to the party’s public narrative. Social media, and digital news research on the party, reveals a heady mix of messages that on one hand speak to “business as usual” and party unity, with no specific contestation of the top seat, while the other reveals open competition and divisiveness among the candidates and the provinces. By MONGEZI MTATI.

With less than a month to go until the elective conference on 16 December 2017, brand ANC has failed to lead social media conversations about the elective conference, in a unified voice. The result, is a broken party narrative, and an environment where public talk on social media, regarding candidates, and the key issues, are being driven instead, by opposition parties and the media. The disparate party messaging creates a social media, and data image, of a brand whose objectives are not clear.

The data reveals a splintered ANC, where different party messages and objectives are coming from the outsiders looking in; the members in various provinces who openly endorse specific candidates; and then the party in its role as the “mother-body” that deals with the day-to-day issues that plague the organisation and society.

As the candidates continue on the campaign trail, all putting their individual stamp on the messaging, there is an acknowledgement of the disconnect, revealed through common calls for party unity and discussions on how to fight pervasive corruption.

Cyril Ramaphosa and Nkosazana Dlamini Zuma continue to lead in ANC-related mentions, and their names appear more frequently than the other two candidates; Lindiwe Sisulu and Zweli Mkhize, who also have fewer official party mentions. Besides his campaign efforts, Ramaphosa’s activities as Deputy-President have been regularly shared through the official ANC social media accounts that quote him live at various events – mostly on Twitter. Although not a part of his campaign, these mentions contribute to public sentiment and general media coverage.

Lindiwe Sisulu – who has been vocal about patriarchy in the organisation had a noticeable increase in mentions in October. Zweli Mkhize also received enough mentions to potentially change the line-up in what was previously seen to be a two-candidate race between Dlamini Zuma and Ramaphosa.

Image: ANC mentions from 1 October to 24 November 2017: Data provided by Crimson Hexagon and analysed by WordStart

Some of the most influential members of society, and respected leaders in the ANC, such as former president Kgalema Motlanthe, have also been vocal, stating that they will not attend the conference. Huffington Post shared Motlanthe’s recent criticism of flawed party processes, in which he said “it’s really pointless to even hope that the outcomes of such flawed processes would be reflective of the collective views of the membership” and this sentiment is echoed to an extent in ANC social media data leading up to the elective conference.

President Robert Mugabe’s resignation, and the changes taking place in Zimbabwe, have seen the addition of “President Robert Mugabe” as a further topic of interest in the latest ANC-related data. Again, the conversation served to highlight the inability to agree on messaging. Ranjeni Munusamy, Associate Editor at Tiso Blackstar, and one of the most influential analysts commenting on the ANC’s reaction to Mugabe’s house arrest, noted on Business Live that “the South African Presidency, and Department of International Relations and Co-operation, are struggling to find the words to react to the developments in the neighbouring country”.

Data provided to WordStart by Crimson Hexagon shows a total of 15,565 posts about the ANC, across multiple platforms, between 1 October and 24 November 2017. Digital news media platforms (49%) and Twitter (38%) took the lead in influencing public sentiment, and in generating discussions. The remaining 13 % of mentions came in from Facebook, Instagram, blogs and other platforms.

October’s data shows that the ANC itself, contributes only a fraction of the most influential social media content where the message is very quickly taken over by news platforms, and opposition parties, mostly the Democratic Alliance (DA), who are quick to reveal their thoughts. September data shows a relatively similar picture, with the ANC nowhere to be found among the top-20, most influential and vocal sources of ANC social media content. Going back as far as June, to draw comparisons and follow the various presidency campaigns, we see that the public gets most of its candidate information from the news media. Again, this reinforces the picture of a divided ANC, the campaigning party with leaders vying for presidency, and the business as usual angle.

News of the elective conference, ongoing disputes in the party, Jacques Pauw’s book, The President’s Keepers, and OR Tambo, were the most prevalent topics discussed.

The various news media platforms contributed 7,699 posts out of the total of 15,565. Most of these were focused on campaign issues, reinstating the corruption charges against the president, and the 2019 elections. This past week saw all presidential hopefuls not showing up for The Gathering, a day-long Daily Maverick conference that featured critical discussions in the build-up to the ANC Elective Conference. In a passionate discussion on the state of the nation, former finance minister, Pravin Gordhan shared his belief that if ANC Deputy President Cyril Ramaphosa is elected president, the South African economy could get back on track. Masa Kekana of Eyewitness News quoted Gordhan as having said “I didn’t say he’s going to win, I said I want him to win,” referring to Ramaphosa.

With less than a month left to go, it is clear that brand ANC needs to drive a single-minded message that does not divide the party as much as the past month’s data. In following social media conversations, the data shows the party’s very public struggle to deal with internal competition, reinforced by the provinces increasing division revealed as they publicly endorse their candidates. The broken narrative shows a divided ANC that doesn’t “own” its public story, but it also reveals the democratic process that is trying to play out within the party. DM