Johannesburg Council: Mayor Mashaba to face no confidence vote as DA takes to the streets in his defence 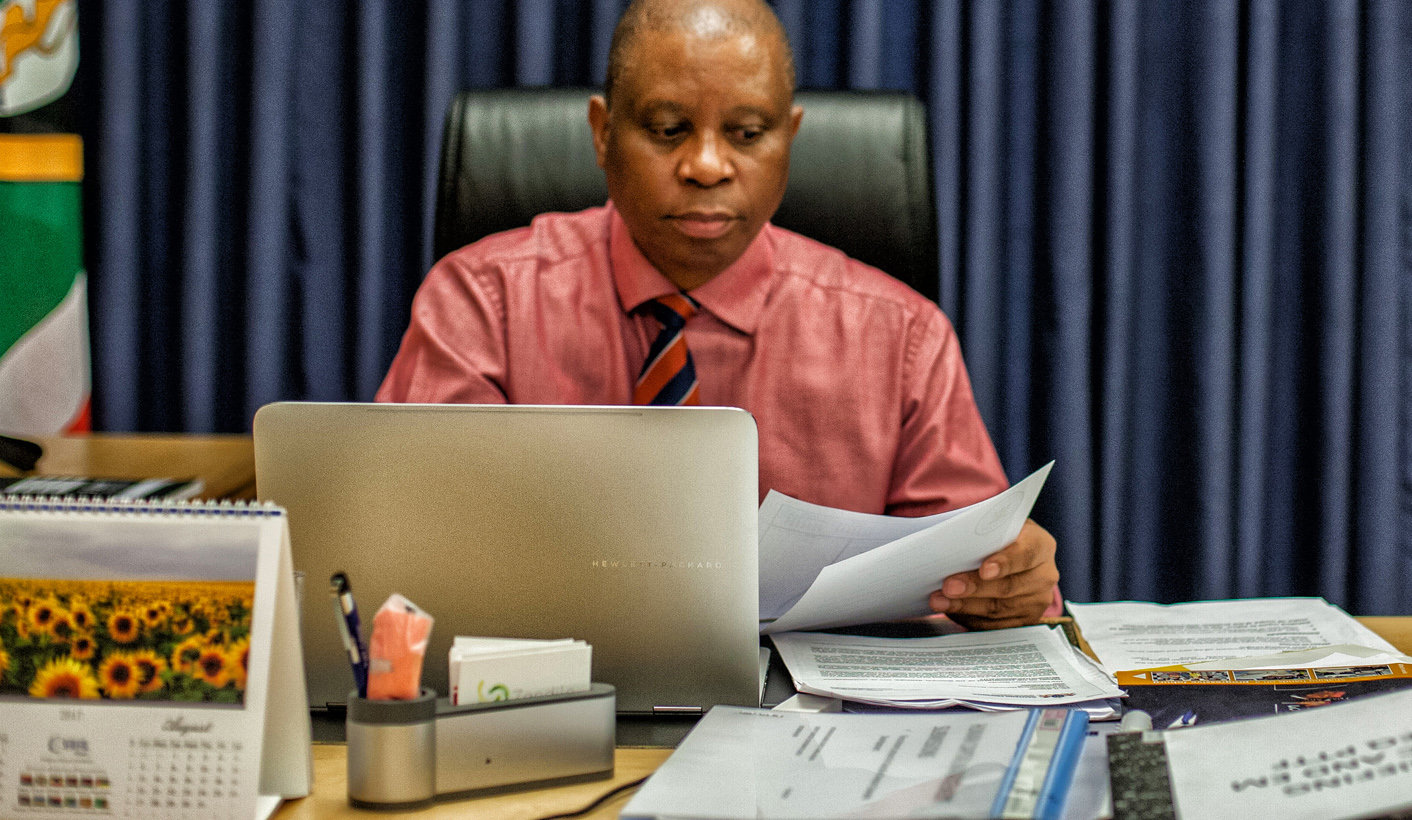 It has only been 18 months into the Democratic Alliance’s leadership of the City of Joburg began, but the ANC is already tabling a vote of no confidence in Executive Mayor Herman Mashaba and Speaker of Council, Vasco da Gama. Petitions have been circulated in the duo’s defence and their party will be marching on council on Thursday, the day of the vote. But will it be enough to swing the vote in the pair’s favour? By NKATEKO MABASA.

On Thursday City of Joburg DA mayor Herman Mashaba and speaker of council Vasco da Gama will face a debate and vote of no confidence during the council’s monthly meeting brought by the ANC.

The vote of no confidence, according to ANC Johannesburg spokesperson, Jolidee Matongo, is happening because Mashaba is failing in service delivery to residents. “The finances of the City are in bad shape, and we will be tabling a report to council,” said Matongo.

It’s the party’s second attempt at bringing the vote against Mashaba and Da Gama after the South Gauteng High Court ruled in September that the matter was not urgent.

Mashaba, in a press statement, welcomed the debate, saying this was an attempt by the ANC to hide its true intentions. “I think it is going to give us an opportunity to clear the air, so to speak, and show our residents how we have performed in government over the past year,” he said, adding that he believed the motion was a backlash caused by the DA’s work to uncover corruption in the City.

The DA alleges that R16-billion worth of corruption has been uncovered since the party took office. On Tuesday they announced that the Group Forensic and Investigation Services had recovered R36-million used by Pikitup, the City’s waste removal service, to purchase six waste crushers since 2014, adding that not a single one had been used.

“… We are preventing ANC cadres from being able to use the City of Johannesburg as their personal ATM. I completely understand their frustration,” said Mashaba.

But Matongo said that despite requests for reports on the corruption allegations, specifically how and where this had occurred, this was not forthcoming.

The ANC is convinced their motion will succeed on Thursday.

“ANC provincial chairperson, Paul Mashatile, is in charge of negotiations with the EFF, so I am confident we will get the votes,” said Matongo, adding that if the party had been successful with their secret ballot court application, they would have secured 15 DA votes. When asked why DA councillors would vote with the ANC, Matongo responded that according to them, ‘He is not a team player, and runs the city as his own spaza shop’.”

The ANC has been buoyed by Malema’s recent comments at Daily Maverick’s The Gathering that the EFF “made a mistake backing Mashaba”.

The ANC has 119 councillors in the 270-seat council. It needs the support of the EFF’s 30 seats, the Patriotic Alliance’s one seat, and the African Independent Congress’ four seats to secure a simple majority to remove Mashaba.

But since the motion was made public the DA has been hard at work to garner support for Mashaba and Da Gama.

This included a social media petition requesting residents to show their support for the mayor and speaker and organising a #HandsOffMashaba protest march on Thursday which would be led by national DA leader Mmusi Maimane.

“Under the leadership of Mayor Herman Mashaba, the DA-led coalition government in the City of Johannesburg Metro has over the last 18 months made significant progress in delivering on its three broad election commitments of stopping corruption, creating job opportunities and delivering quality services,” said Mabine Seabe, DA Director of Communications.

The EFF, which along with other opposition parties lent its support to the DA in order for it to take control of the Joburg Metro, was yet to comment on the pending no confidence vote. Musa Novela, EFF Johannesburg spokesperson, in a passing comment at Wednesday’s council meeting, said: “khona zo khala la” (someone will cry). When asked about the vote, Novela said it was “not a priority to us”.

This is not the first time DA-led coalitions at municipal level have faced vote of no confidence motions.

DA leader and Mayor, Athol Trollip, survived a vote earlier this year in the Nelson Mandela Bay metro while his Mogale City counterpart Michael Holenstein was ousted through a vote held by secret ballot.

Cape Town mayor, Patricia De Lille, who has been accused of misconduct and possible corruption and will face a vote of no confidence led by the ANC next Tuesday. Here also, the ANC seeks a secret ballot in the no confidence vote. DM