GroundUp: Mogoeng tells Sassa to go back to the drawing board 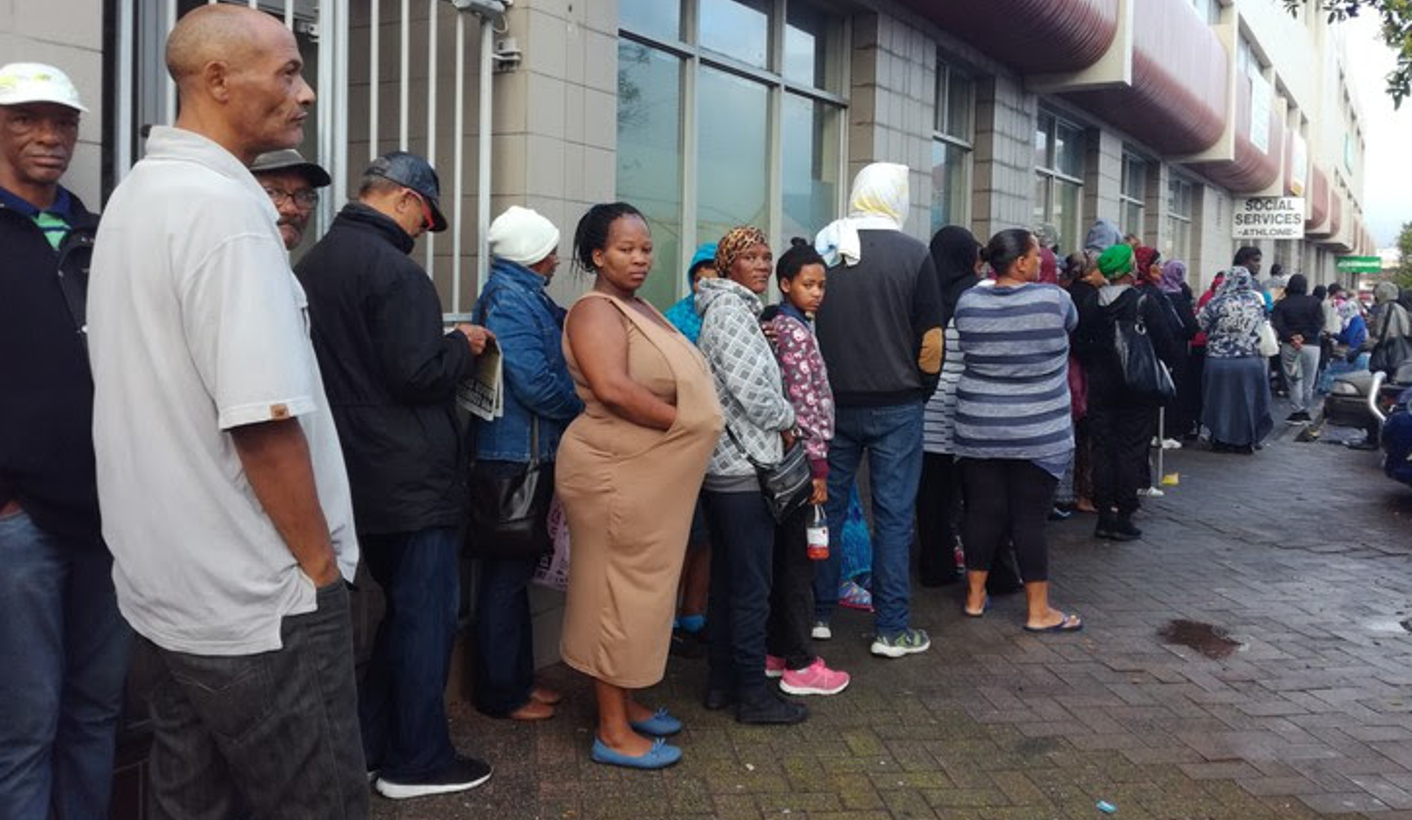 The Constitutional Court has ordered the South African Social Security Agency to consider paying grants through the banking system. By Barbara Maregele for GROUNDUP.

The Constitutional Court has ordered the South African Social Security Agency (Sassa) to take another look at paying social grants through the banking system.

This method of payment was recommended by the panel of experts set up by the court to monitor changes to the grant payment system on the expiry of the current contract with Cash Paymaster Services. In its second report, on 20 November, the Panel  suggested  that Sassa pay grants directly into the personal commercial bank accounts of beneficiaries. The panel argued that low banking fees could be negotiated.

In a directive  on Wednesday, Chief Justice Mogoeng Mogoeng ordered Sassa and Social Development Minister Bathabile Dlamini to explain why this payment method is not feasible.

He also asked the panel of experts to examine whether National Treasury should investigate Sassa officials to decide whether they should be prosecuted for malpractice or obstruction.

This directive by the court comes a few days after Jeff Radebe, chair of the Interministerial Committee (IMC) on Comprehensive Social Security, announced that a  deal  between Sassa and the Post Office would be finalised by last Monday subject to its cost-effectiveness. But Radebe’s office has remained mum this week, missing yet another deadline to secure a new service provider to pay grants.

The panel of experts said in their report that paying grants into beneficiaries’ accounts would be at a “fraction of the cost” of doing so at cash payment points. The panel also said that of the approximately 16-million social grant-related transactions per month, 79% were processed through South Africa’s “efficient and secure” National Payment System.

Under specific conditions, cash payments could continue to be made by CPS to beneficiaries living more than five kilometres from banks.

Mogoeng said if the panel’s recommendations were feasible, Sassa should report back to the Court by  15 January 2018  on how it planned to pay grants through the National Payment System.

He also ordered that the panel “in the national interest” arrange meetings between the Reserve Bank, National Treasury and other parties involved in paying grants directly into beneficiaries’ accounts. The panel must report back to the court on these meetings by  29 January 2018.

On  8 December, Sassa is to submit its detailed contingency plan to the court on whether completely phasing out CPS by  1 April  next year is possible.

With less than four months until the CPS contract is meant to end, it is still not clear who will be paying millions of social grants to beneficiaries across the country. DM