Dubai Sevens: Analyse this – the dummies’ guide to...

Dubai Sevens: Analyse this – the dummies’ guide to the Blitzboks in the first round of the World Series 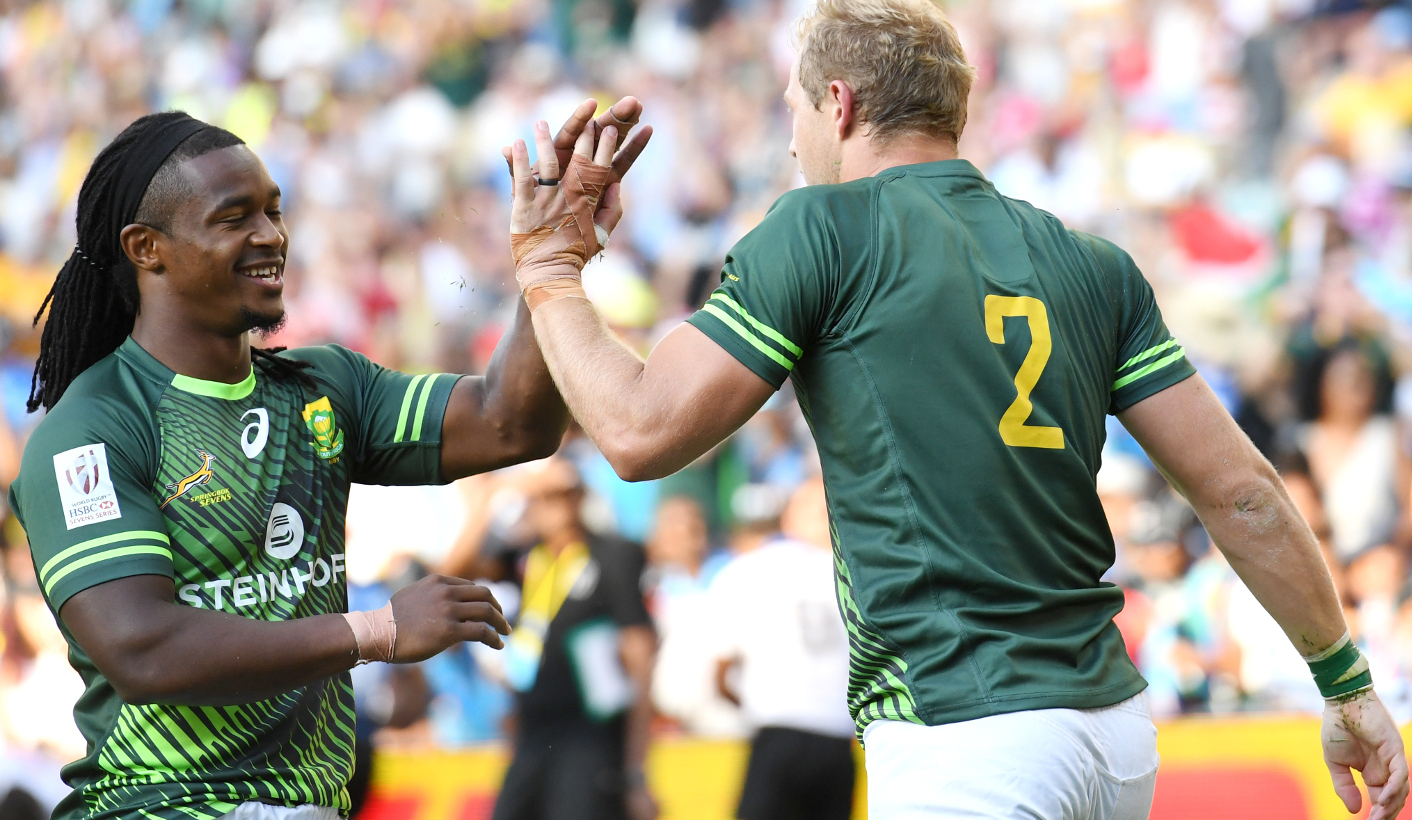 Magnificent Sevens! The world’s favourite tap and giggle game is back. The Blitzboks begin their title defence in Dubai and there is not a Gupta joke in sight. By ANTOINETTE MULLER.

Have you made a “joke” about the Guptas yet after reading about the World Series Sevens? Good, now let’s get on with the real stuff.

The Blitzboks begin their quest to defend their World Series Sevens title in Dubai this weekend. The darlings of South African rugby – or perhaps South Africa in general – will offer a welcome distraction from all the other nonsense going on.

Dubai is a happy hunting ground for South Africa, who have claimed the crown here five times – matched only by New Zealand in success rate. South Africa’s Sevens team most recently won in Dubai 2016, but in the fast-paced world of Sevens, past statistics really mean nothing.

But the Blitzboks have been hard at work for months now without too much fuss. It’s a quiet reminder of the value of central contract systems and the benefit they hold for training together as a group.

Starting from scratch and not dwelling too much on the successes of last season will be key for coach Neill Powell.

“Winning a series starts here, getting the culture right and players into sevens shape ahead of the new season,” he told the HSBC Sevens official website recently.

“Everybody wants to get better. Yes, we are champions, but that doesn’t mean anything when the new series starts. We are back to the start and need to get all our systems back in place and get everyone fit.”

Fitness is one part of the package. Impeccable skill is another. While stats are a bit like puppets – in that they can say anything if you reach deep enough – they’re a bit of an obsession for the Blitzboks who, according to Powell, “analyse everything”. One area that has been pointed out as needing improvement is the lineouts – with a 78% success rate.

“There is still 22% improvement to be made there,” Powell asserted.

What about the scrums with their 98% success rate? Yep, 2% left to improve on.

And even with a South African squad packed with familiar faces and veterans of the sevens circuit, Powell is not taking anything lightly.

“Having Rosko, Cecil Afrika, Justin Geduld and Branco du Preez means we have four talented playmakers. That’s a blessing to have as a coach and they all showed their worth on the series,” Powell mused.

Smith and Senatla have had a bit of a head start, playing the XV-man game, and both will once again trade Sevens for the full version after four tournaments. But for now, all focus is on the next level of fitness required to match the blistering pace.

“It really takes a while to get back into the levels of fitness required in sevens. There aren’t the breaks in play you have in 15s, the intensity of a match is so much higher. It requires a lot from your body. We can’t waste one session in pre-season, every weights session, cardio and all our diet must be absolutely correct.”

All these pieces of the puzzle will build up to a much bigger picture this season. The defence of the title is key, but also coming up is the 2018 Commonwealth Games in April and the Rugby Sevens World Cup in July.

The women’s team will also be in action over the weekend, starting on Friday. Like the men, the circuit fixtures offer good build-up for the global showpieces. They are in a tough pool starting with New Zealand at 11:50 on Thursday morning followed by the USA at 14:24 and France at 17:21.

What time are South Africa’s fixtures?

South Africa begin day one at 08:52 against Uganda followed by Kenya at 12:36 and end the day with Canada at 17:53 (all times SAST). They should cruise through to the next round to be played on Saturday, but their opposition will depend on results in the other groups. If you want to plan your Saturday around when a South African time might actually be winning, you can find the full schedule here. DM

Photo: Philip Snyman (R) of South Africa is congratulated by Branco du Preez (L) after scoring a try during the Cup Final of the Sydney 7s World Rugby Series in Sydney, Australia, 05 February 2017. EPA/PAUL MILLER AUSTRALIA AND NEW ZEALAND OUT