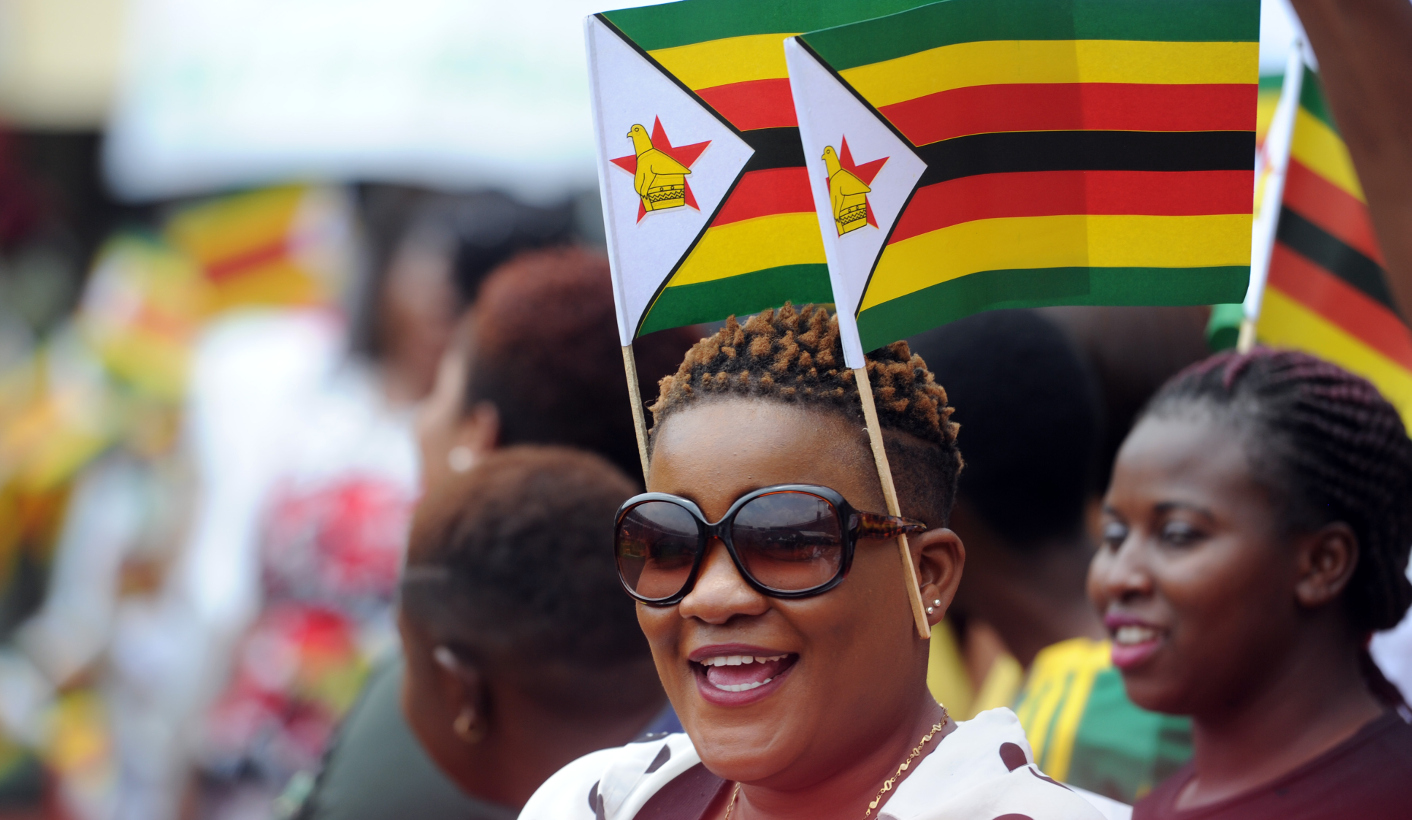 The new President of Zimbabwe, Emmerson Mnangagwa, is expected to announce a new cabinet in the next few days after dissolving the country’s existing cabinet on Monday. The pronouncement is highly anticipated with various interest groups such as women, youths, and the diaspora community hoping to be represented. The calibre of people appointed to serve in the new cabinet will be a litmus test to see whether indeed a new era has indeed dawned in the southern African country. By SALLY NYAKANYANGA.

During former President of Zimbabwe Robert Mugabe’s rule, only three women held positions in his cabinet. But Pamela Mhlanga, the Women’s Coalition of Zimbabwe (WCoZ) chair, hopes that is about to change.

WCoZ is an umbrella body of women’s organisations representing the interests of women in Zimbabwe. Speaking to Daily Maverick, Mhlanga said: “We want to see women in portfolios that seem to be the preserve of men such as finance, defence, health, education and mining. We want the new cabinet to work in a transformed system which is gender responsive so that gender equality commitments are met.”

But Dewa Mavhinga, Director for Southern Africa at the Human Rights Watch, citing how the military intervention that took place two weeks ago was solely a game for the bulls, is not so optimistic.

“I did not see any women among the generals,” Mavhinga added.

The military intervention dubbed “a coup not a coup” resulted in the ousting of the 93-year-old Robert Mugabe after a 37-year rule. Mugabe, who wanted his wife Grace Mugabe to replace him, was put under house arrest and finally resigned, paving the way for Mnangagwa, the former vice president he sacked several weeks ago.

Mugabe was often criticised for having a bloated cabinet, which had more than 40 ministers and 20 deputy ministers despite the country facing dire economic problems. He was also accused of appointing individuals who were loyal to him but not necessarily competent to hold the posts they were given.

“The best we can expect President Mnangagwa to do, as a way of making a clean break with the past, is to appoint a cabinet based solely on merit. His choice of cabinet will show clearly whether the country has made a fresh start or it is business as usual,” Mavhinga told Daily Maverick.

Mavhinga does not see Mnangagwa including members of the opposition in his cabinet despite their capabilities to turn around the country. However, in his welcoming speech at the ruling party headquarters in Harare last week, he said, “I appeal to all genuine patriotic Zimbabweans to come together, we work together. No one is more important than the other, we are all Zimbabweans. We want to grow our country, we want peace in the country, we want jobs, jobs, jobs,” Mnangagwa said.

Mavhinga believes the reality is that Mnangagwa will be under immense pressure to reward members of his faction in the ruling Zanu-PF. “He will consider the opinions of the military and war veterans to whom he owes his presidency,” Mavhinga said.

Gabriel Shumba, Director of the Zimbabwe Exiles Forum, emphasised the need to include the diaspora community as they will act as a conduit for re-investment, skills repatriation and be in a position to utilise networks already set up in various countries of the world.

“From where I stand, it would be enormously strategic and a necessity to have a cabinet that is as disparate and diverse as possible. This will not only bestow confidence on the new government but also restore legitimacy and build the momentum already there for much needed accommodation in the international community,” Shumba said.

“The diversity should not be limited to political parties but critical institutions such as gender, minorities and the diaspora as it is important that we give fresh ideas an opportunity to grow, inclusivity and reconstruction through shared diversity should be our focus,” Shumba added.

“In our view your commitment to inclusivity would best be epitomised by the formation of an inclusive government, which will go a long way in fostering national unity, social cohesion as well as enhance our national prospects for economic recovery,” the document reads.

Among the issues raised was politically motivated violence. This has been a major issue of concern for many in Zimbabwe as elections have been marred by violence, death, torture, and arrests of particularly those affiliated to or in support of mainly opposition political parties. The National People’s Convention also included the need for access to legal services for victims of political violence.

Other issues included gender parity in public office, a properly resourced agro-economy, an end to corruption and fleecing of funds through illicit financial flows, return to the rule of law, the establishment of a climate of peace and security, as well as the activation of a National Peace and Reconciliation Commission. DM