Op-Ed: Think about it – What role do you play in normalising violence against women? 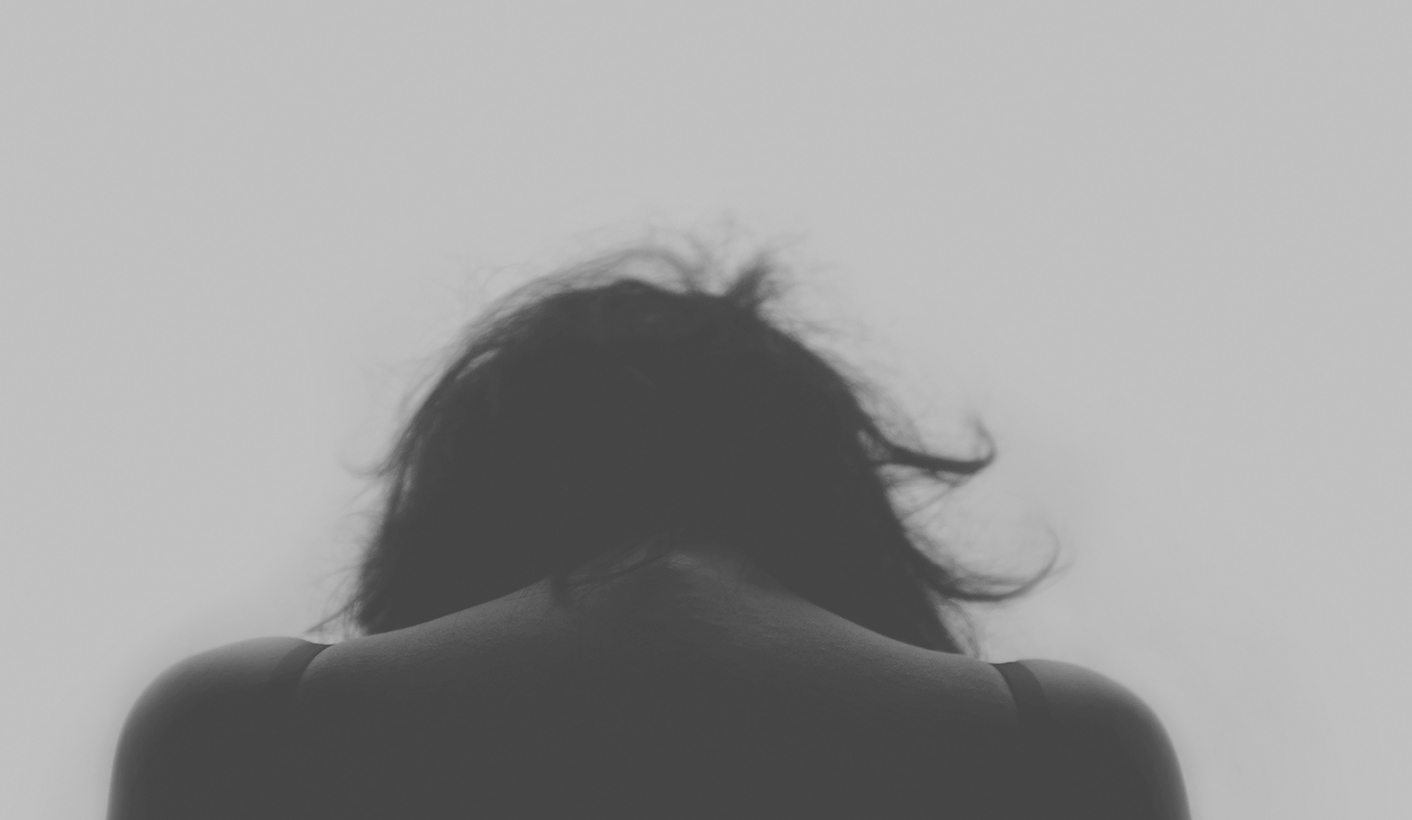 In 2012 The One in Nine Campaign produced this poster. It resonates deeply with the conversation we wish to provoke in the Campaign: The PeopleVsHer; ThePeopleVsThem. The campaign was launched on 28 November for the 16 Days of Activism Opposing Violence Against Womxn and Girls by a group of organisations, collectives and individuals. By KWEZILOMSO MBANDAZAYO and RUKIA CORNELIUS.

Society, as the artwork shows in the first instance, has a long list of absurd reasons given by perpetrators and society at large for the rape of womxn and gender-non-binary people. What is also absurd, but more tragic, is that people listen, entertain and use these reasons.

The reasons for rape as this poster shows often contradict each other and are ultimately irrelevant: the only reason womxn are raped is because rapists rape and more so, because society allows them to and encourages it.

A second tragedy, is the “I was raped because…”, can also be replaced with “I was killed because…”, “I was paid less for the same work because…”, “I was denied any of the wealth I created on that farm because…”, “My opinion on issues directly affecting me and my children were never taken seriously because…”. That list goes on forever too, and it too makes no logical sense in its contradictions.

Oppressors and oppressive structures, will always offer reasons for why they must and have to do what they do. They need to build consensus and normalise what is unjust and what should be abnormal if it must exist. But we cannot forget that the exclusion, discrimination and disposability of some bodies over others is as a result and consequence of choices, people and structures.

Wages that are less than my male counterpart, for the same work are justified in the name of experience.

The man who decides to walk a long-ish distance following me, next to me, insisting on speaking to me as I respectfully explain that I really do not want his company is done in the name of lust or love.

Being forced to perform a gender I am not, justified in the name of what is normal and Godly are just some of the excuses for our continued oppression.

Like the short skirts and trousers that “lead to rape”, they are absurd.

However, like the short skirt – when these things are said often enough, and when they are given weight by institutions such as the criminal justice system, religious bodies and the media, they gain a sick legitimacy in their normal.

Importantly, these are actual reasons, given by actual perpetrators in service of actual patriarchy. None of what the artwork depicts Is fiction or metaphorical.

So, what is it then, that these reasons tell us? And what is the conversation we are provoking in our campaign?

The collective of womxn’s and girls’ organisations, groups and individuals, through the campaign want to poke at the South African collective conscience asking: how do you understand and confront the fact that you are directly and indirectly involved in normalizing, condoning, enabling and perpetuating violence against womxn and children? How do you use and understand the excuses for oppression? How will you actively act against any justification for a violent space, where womxn and non-binary people are unable to thrive?

If we say that rape is systemic, this mean that Violence against womxn is never just an act. It is never carried out by just one/a distinct and recognisable group at a time. This means that that everyone who gives the “reasons”, who believes the reasons, who excuses the reasons, is also perpetrating violence. The artwork makes the point, that all of the above people and institutions ensure that we experience the pinch of everyday violence; all of them ensure that there are a number of moving pieces that are working in concert to ensure that that pinch, is delivered with its message, and is done frequently enough to sufficiently terrorise.

The reasons say to us:

The status quo is war.

It is sadly a war by the people, against those treated as “less than”.

Be part of the solution by organising

First, for you to be in true solidarity, you must reject what the people give as reasons for violence, structural and inter-personal, and you must recognise and work against your own culpability and that of others in the creation and maintenance of a society where womxn and non-binary people are brutalised in so many ways. If you are not doing that work, not only are you just part of the problem. You are the problem.

Second, we need for all of us, in our corners Demand government, business, and communities let us know what their plan is to end violence. They need to let us know how much is set aside, in every institution and what they will actively do to prevent, deal with and account for the violence that we find ourselves in.

Third, How will you, as an individual break from the machine and do better? how will you stand in the lonely light, refusing to be the problem?

Join the collective national campaign to be launched by Joining the online conversation by following us on Facebook and twitter with the handle #ThePeoplevsHer @ThePeopleVsHer (twitter) and by Joining the national day of action on 5 December 2017.

We ask all womxn, queer people, gender non-binary people, sex-workers, and trans people to lead us. In your workplace, in your place of worship, in your stokvel, in your business, in your organisation, in your village, in your street set up a forum and talk to each other. Organise a meeting and talk to each other about how the current situation of unabated violence is affecting you, what do you have to do to stay safe and what are your demands. Please write down and document these demands to build with us a Charter for our Freedom.

Tell us what excuses exist for your current oppression. Tell us what plans exist to end violence from institutions in your area.