Op-Ed: Are the nuclear impositions another bleak Zuma legacy? 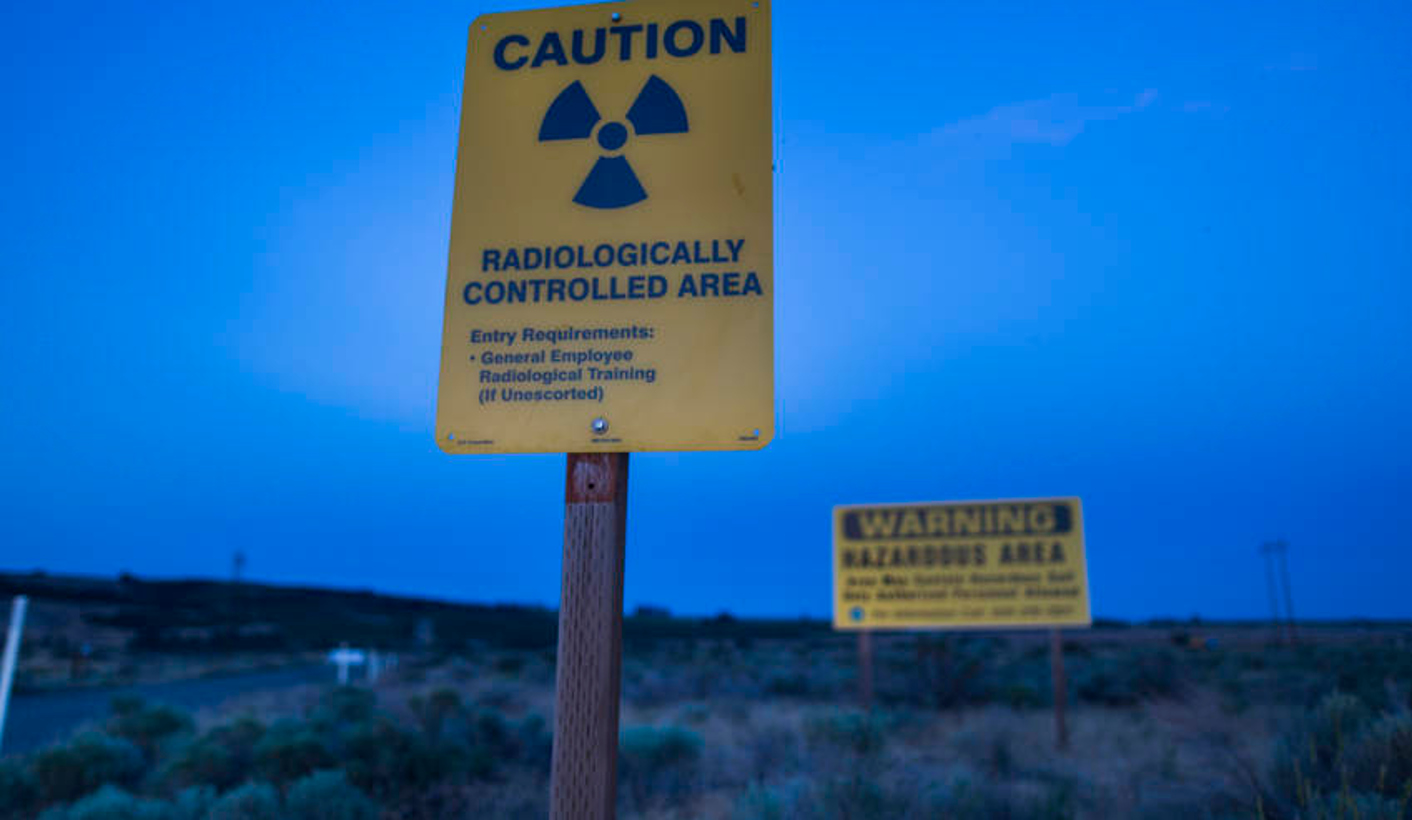 Finance Minister Malusi Gigaba and his predecessors Pravin Gordhan and Nhlanhla Nene were all right – we cannot afford nuclear while we cannot pay existing bills. By STEVE THORNE & GLYNN MORRIS.

At last I have a chance to agree with our President (Those opposed to Nuclear Energy sold out to the West, Nickolaus Bauer, eNCA 5 November 2017) but it’s taken a while. It is apparent nuclear adventures under apartheid were terminated at the behest of western (and eastern) interests. In the end, the world powers were against an ANC government inheriting a nuclear arsenal. FW de Klerk presented the decommissioning of bombs as a contribution to a nuclear free Africa. Ironically, it has been alleged that, the Russians proposed a pre-emptive strike on the Pelindaba’s Atomic Energy Corporation’s (AEC) facility fearing attacks on their allies in frontline states. Allegedly, the proposal was vetoed by the US.

Yet the Russians and Rosatom are following through on the Zuma/Putin nuclear interests in an opaque process (well-documented in Lily Gosam: Zuma, the Guptas and the Russians – the inside story, Rand Daily Mail 18 Jan 2017). The conservative estimate of R1-trillion for the 9,600 Megawatts (MWs) is more than 12 times the Arms Deal bill in real financial terms and three times the nominal yet overpriced equally rated Kusile and Medupi coal-fired plants expected to be fully on-line by 2022.

It is interesting that the President links civilian nuclear energy to armaments, something the nuclear industry avoids, but of course this is a silent selling point.

There are many ironies in this proposed deal. South Africa was celebrated as the first country to unilaterally disarm its nuclear weapons capability. This precedent placed South Africa as mediators in international disarmament negotiations. The cynicism of this positioning was not lost on most observers and probably contributed to the prominent South African diplomat, Abdul Minty, not succeeding Mohamed El Baradei as the Director General of the International Atomic Energy Agency.

In the early 1990s, I was invited to join an ANC technical delegation that included a visit to the impressive AEC Pelindaba facility near Pretoria. In a wood-panelled boardroom in the presence of the hierarchy of AEC, its head, Waldo Stumpf explained the mandate and business of the AEC. At the time, the only profitable activity was nuclear waste management. We were shown some of the impressive research being undertaken, including molecular laser isotope separation. Later we toured the Y-plant – a football field size shop-floor with cascades of large centrifuges deafeningly enriching uranium fluoride gasses. I asked the plant operator to show me how much power was being drawn. He opened the Honeywell control system window showing around 200MWs being consistently drawn. We were told the Y-plant was enriching fuel for one of the Koeberg reactors rated around 930MW but running at around 50-60% on average at the time.

As we left the plant, Stumpf chillingly told me that they had recently lost and could not locate an amount of enriched uranium – lost as gas or in a suitcase, I remember considering. I left Pelindaba more convinced than ever of the capital and energy intensive nature of the upstream nuclear chain and dangers of proliferation – but also what were the targets of the apartheid bombs?

Originally dubbed “too cheap to meter” civilian nuclear energy technology is an anomaly as it has still not matured despite being around since the 1950s. The costs of safety have increased faster than its rate learning and this will continue to be the case as long as safety and waste management concerns remain (despite what nuclear proponents insist), accidents continue, and opportunities for proliferation of materials and expertise exist in an increasingly dangerous world. In contrast, most other sustainable energy technologies, have matured rapidly and are now cheaper than nuclear and coal for energy services and greenhouse gas mitigation.

Right now it would be prudent to invest in the vast and under exploited demand-side efficiency potentials neglected by utilities that utilise growing demand as an argument for investing in supply and lobbying for higher tariffs to recoup future costs. If more electricity is the issue, it may be advisable to make the relatively smaller investments in affordable, reliable, decentralized, smaller, modular, less risky, nimble and cleaner energy. This is not in the same legacy league, but it has the possibility of providing access to more affordable modern energy services – even though it does not concentrate investments like big centralised energy generation.

The current nuclear ambitions driven by the President are inconsistent with the 2013 Integrated Resource Plan (IRP), which defers nuclear considerations to the mid 2020s, but is allegedly being rewritten to include nuclear now by the newly appointed energy minister. The well-documented close relationship between Jacob Zuma and Vladimir Putin, recent Cabinet reshuffles and appointment of compliant ministers point to a political intervention in energy policy that is not based on achieving energy security, economic, social and environmental principles. The President’s interests appear driven by rationales other than least-cost energy service principles.

If it is weapons that the President wants, let him say that and let’s hear an argument – and please let us know who is the enemy that nuclear weapons may deter? And how will the global powers deal with it in the light of recent North Korea and Iranian experiences?

Since the Cape High Court ruling in April 2017, to suspend development sponsored by environmental, faith-based and other civil society activists, seems to have been ignored if the recent announcements for the nuclear fleet have any veracity.

The reality is that nuclear energy is not required in SA while economic growth and electricity demand dwindles and new capacity comes on-line. Furthermore, other than coal, there are new renewable energy, pumped-storage and peaking plants in the mix, which provide flexibility and rapid modular deployment at lower costs than fossil or nuclear generation. The third (3.5) and fourth round bidders for REIPPP projects have won auctions but 2 years on await power purchase agreements from Eskom. Energy efficiency has hardly been exploited except in times of supply crises – the reported 3000MWs of capacity achieved through efficiency measures between 2010 and 2012 at a fraction of supply-side investments, was remarkable, though not intended to effect long-term behavioural change by design.

Even the international nuclear industry CEOs say that this is not the right time for nuclear energy. The US has attempted to revive nuclear power, but despite policy support measures, investment incentives, and new licensing regimes, no new nuclear plants have reached financial close or are being built. John Rowe, former chairman and CEO of Exelon Corporation, the largest nuclear operator in the US with 22 nuclear power plants was quoted recently as saying: “Let me state unequivocally that I’ve never met a nuclear plant I didn’t like. Having said that, let me also state unequivocally that new ones don’t make any sense right now.” Jeff Immelt, CEO of General Electric, said: “Nuclear power is so expensive compared with other forms of energy that it has become really hard to justify. It’s really a gas and wind world today.”

Investors have failed to turn-up for nuclear plant privatisations in Britain despite government guarantees and in the rest of Europe, Finnish and French reactors have more than doubled in price, have consistently missed completion time lines or have been abandoned prior to completion. After Chernobyl came Fukushima and the orders for new nuclear plants slowed to almost nothing for good reason.

So what does the SA Government Executive know that the nuclear industry CEOs don’t? Finance Minister Malusi Gigaba and his predecessors Pravin Gordhan and Nhlanhla Nene were all right –we cannot afford nuclear while we cannot pay existing bills.

The bottom line is that the world has to move to low GHG emissions affordable energy that avoids the risks of dangerous proliferation. This suggests incentivising demand management and efficiency, smart metering, transparent energy governance and renewables with versatile energy storage for base load power. Nuclear energy does not fit with this future vision and with 9600MWs of new base load coal power coming on line and half that again in renewables, makes expensive nuclear additions a non-starter in delivering energy solutions.

The current political leadership has eroded trust, dismissed and diluted the hard fought battle for the constitutionally defined institutions designed to enable and protect citizens. The proposed nuclear deal compounds the despair that another potential scam at unprecedented scale is in the mix with those of integrity being removed to facilitate it. The Zuma nuclear legacy has the makings of an economic disaster leaving our children and theirs’ with unserviceable debt. Maybe even as the SA economy sinks deeper into junk status, even the Russians may not retain the appetite to make available the scale of finance to build, operate and transfer/own deal as they did with the Turks, and are planning with others. DM

Photo: Caution signs are seen on the Hanford Site, which was established near the end of WW II during the Manhattan Project to make plutonium for nuclear weapons, and is now one of the most toxic nuclear sites in the Western Hemisphere, in Hanford, Washington, USA, 28 May 2015. EPA/JIM LO SCALZO