Newsflash: High Court assured by Eskom, Mahlobo that nuclear will not be rushed through 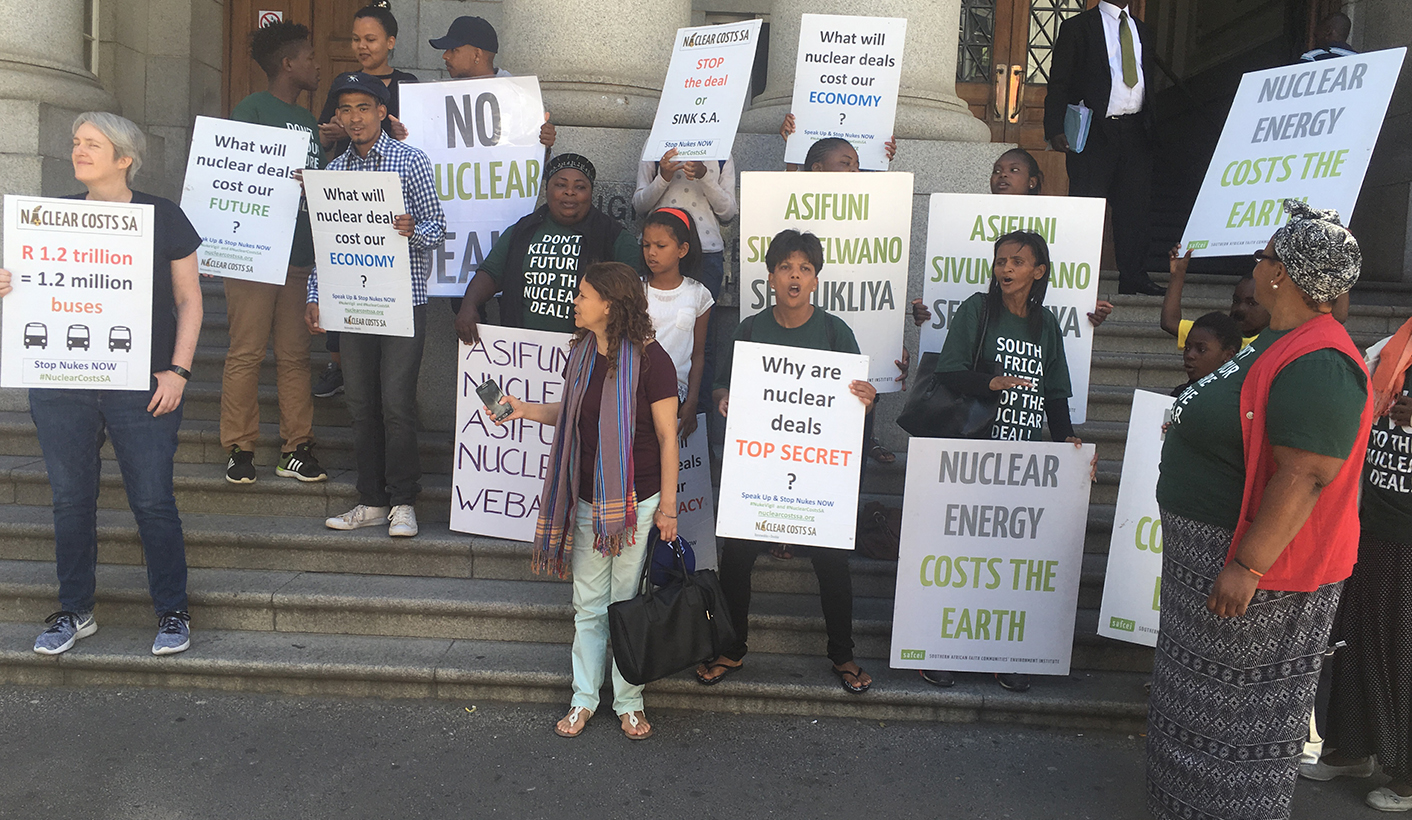 Eskom and Energy Minister David Mahlobo have said in affidavits produced before the Western Cape High Court on Wednesday that they will not push through a nuclear deal for South Africa without following due process. They were compelled to do so after two environmental NGOs sought an urgent interdict to halt a suspected rush to proceed with nuclear. By REBECCA DAVIS.

Environmental NGOs Earthlife Africa and the Southern African Faith Communities’ Environmental Institute (SAFCEI) approached the court after becoming increasingly concerned about the tenor of Mahlobo’s public utterances about nuclear – which have recently seemed to imply that the decision to pursue this energy route for South Africa was a done deal.

This is despite the fact that a court judgment in April this year ruled that the government’s nuclear agreement with Russia failed to allow for sufficient public participation in the process.

Earthlife Africa and SAFCEI thus asked the court now for an urgent interdict to prevent the government from moving ahead with nuclear while the old concerns still applied.

But the need for an interdict was suspended for the time being after affidavits from Eskom and Mahlobo were received, containing assurances that the South African government will only proceed with nuclear in a lawful and consultative fashion.

Lawyer Adrian Pole said outside court that at the least, this would “slow down” any intentions to press ahead with a nuclear deal.

SAFCEI director Francesca de Gasparis, meanwhile, told Daily Maverick that the NGOs had suspended their application for an interdict for now, but would not hesitate to return to court if there was further evidence that Eskom or Mahlobo were flouting their commitment to adhering to April’s judgment.

The NGOs insist that government has to commission independent advice on nuclear power, hold a full public participation process on the matter, and follow the procurement processes required by law.

The assurances given by Eskom and Mahlobo on Wednesday that nothing would be rushed through has not allayed the NGOs’ concerns, with De Gasparis saying that “grave concerns” remain.

With the court application suspended for now, the NGOs can nonetheless return to pursue an interdict at any time if they feel that South Africa is at risk of having a nuclear future imposed inexorably upon it. DM