Op-Ed: We must demand access to clean water and reject water privatisation 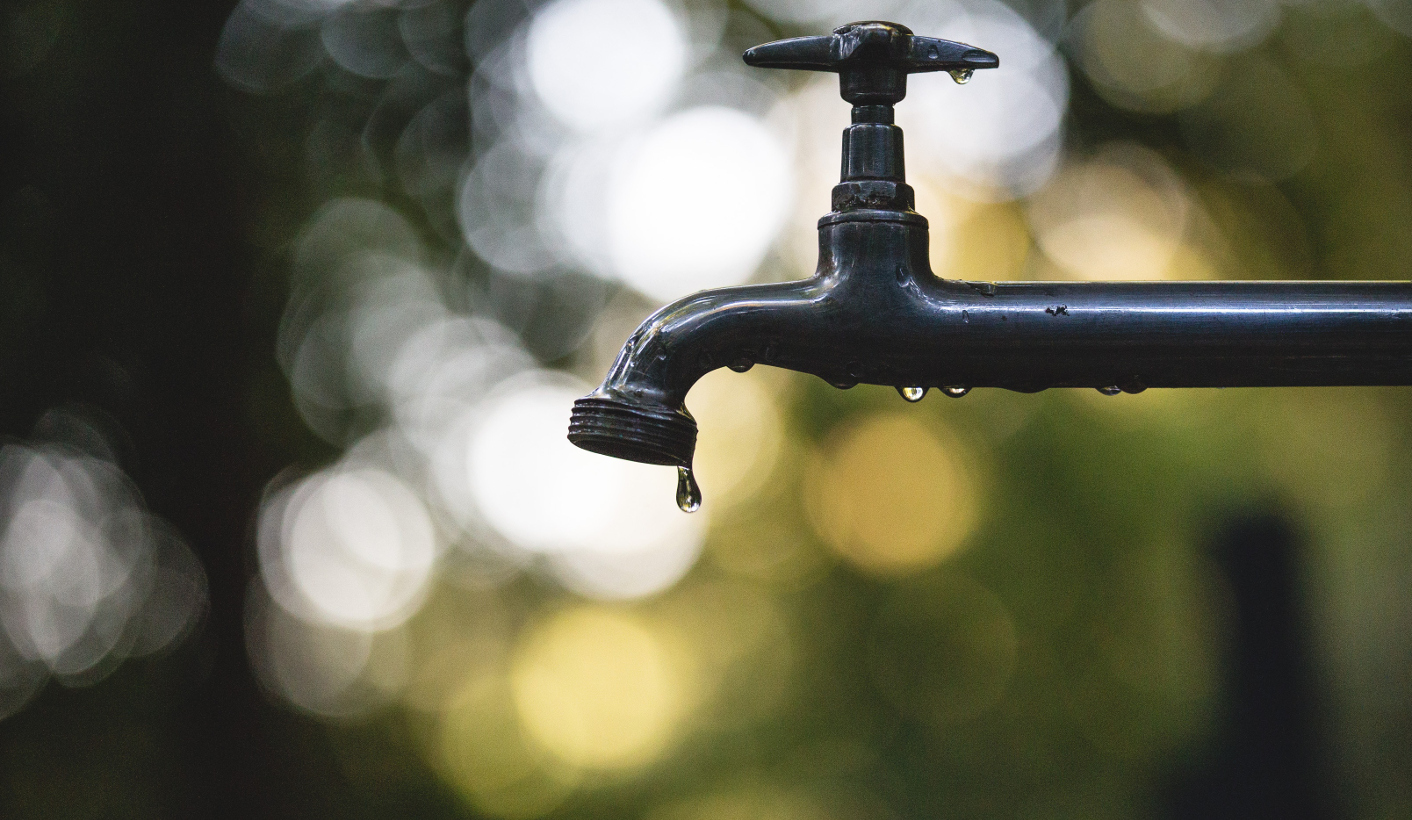 Together we need to recognise the struggle for clean water as being dependent on the struggle for clean air. Both are imperative for the survival and international wellbeing, not only of human beings, but the entire world. Converting water into a source of profits is at the heart of the global crisis of access to safe, clean and secure water. Water wars may very well be some of the defining features of the 21st Century. By KATE JANSE VAN RENSBURG.

Water is a basic human need affecting every aspect of our lives. Section 27, subsection 1 (b) of the South African Constitution guarantees access to sufficient food and water for everyone. Nationally this constitutional right is being undermined for various reasons.

Deeply plagued by a series of water problems, KwaZulu-Natal’s South Coast has recently struggled around this vital human need. The water crisis has been attributed to striking workers from the area’s Ugu Municipality, who continue to be vilified by local media.

Blaming the workers’ strike as the source of the water crisis is dangerous, as it allows the municipality to propagate a narrative that excuses itself from dealing with larger social and infrastructural problems. Striking workers and the failure to resolve their legitimate demands are one small part of the deep-seated causes of the water crisis that have plagued the South Coast community for years.

However, this struggle for water is part of a much larger long-term problem involving not only unresolved critical issues faced by ordinary workers, but also inadequate public servicing of infrastructure, maintenance, general mismanagement, privatisation of water and a lack of political will from top political leadership to confront the challenges. Water infrastructural problems were prevalent in the community long before the strike began.

A lack of drinking water, hygiene and sanitation are just some examples compromising the quality of human life and essential public services, such as hospitals and schools. Additionally, the area is deeply dependent on tourism for its economic survival; a lack of water in the affected area negatively impacts the livelihood of this community.

Many problems affect our access to clean water, both in South Africa and globally. Nationally, the Department of Water and Sanitation releases an annual report called the Green Drop Report. According to an article written by Sipho Kings in the Mail & Guardian last year, “The report noted that less than 10% of the country’s 824 plants were releasing clean water. The rest were breaking the law, with a third rated as ‘critical’ and in need of urgent repair.”

The struggle to access clean water is a global problem, confronted by various groups of people on various fronts. Massive protests for access to clean water have defined the last two decades.

In to a 2015 article written in Counterpunch, Victoria Collier writes, “In this crisis environment, the World Bank and IMF have spent decades imposing water privatisation as a condition of their exploitative loans, profiting a handful of transnational water corporations.” Collier draws attention to problems with water privatisation by highlighting issues around the public-private-partnership. Collier emphasises this saying, “Water is not a commodity; it is a human right.”

Moving into this millennium, a moment posing resistance to the issue Collier draws attention to occurred from 1999 – 2000. In Bolivia, the Cochabamba Water Wars highlighted how the struggle for access to water saw a series of protests where thousands of people took to the streets rejecting the privatisation of water.

In the United States, the BP (British Petroleum) Oil Spill, otherwise known as the Deepwater Horizon Oil Spill, was the largest corporate settlement in US history. This incident saw 11 workers being killed when 4.9 millions barrels of oil leaked into the Gulf of Mexico. Radicalising groups of people globally to mobilise around the right to access clean water, this moment led millions of people around the world to fight for clean water, environmentally protected estuaries, seas and rivers.

In another part of the United States, 2016 saw a renewed commitment to the defense of land and water at Standing Rock, otherwise known by its hashtag #NoDAPL or the Dakota Access Pipeline Protests. With indigenous peoples at the forefront of struggle, the protests mobilised various grassroots movements internationally against a pipeline being built by Energy Transfer Partners. Corporations compromising water quality has become common occurrence globally, particularly in already marginalised communities.

Writing in relation to the struggle for clean water in Flint, Michigan where lead has poisoned community water supplies, Carter Vance wrote in Jacobin Magazine that “popular resistance can turn water from a source of profits to a base for anti-capitalist organizing”. Even in the heart of capitalism in the United States, there have been families bathing their children in government-sponsored bottled water for years.

In all working-class communities in South Africa, access to adequate safe and clean water remains a challenge, 23 years after 1994.

We must become aware of, and draw inspiration from, international moments of resistance in the struggle for access to clean water. We must understand what it means when our water becomes intrinsically linked to the pursuit of profit. As in most cases, the most precarious lives are more drastically affected: those of the poor. We must view ourselves in relation to this global problem and unite in defence of access to this essential resource. DM

Photo by Luis Tosta on Unsplash