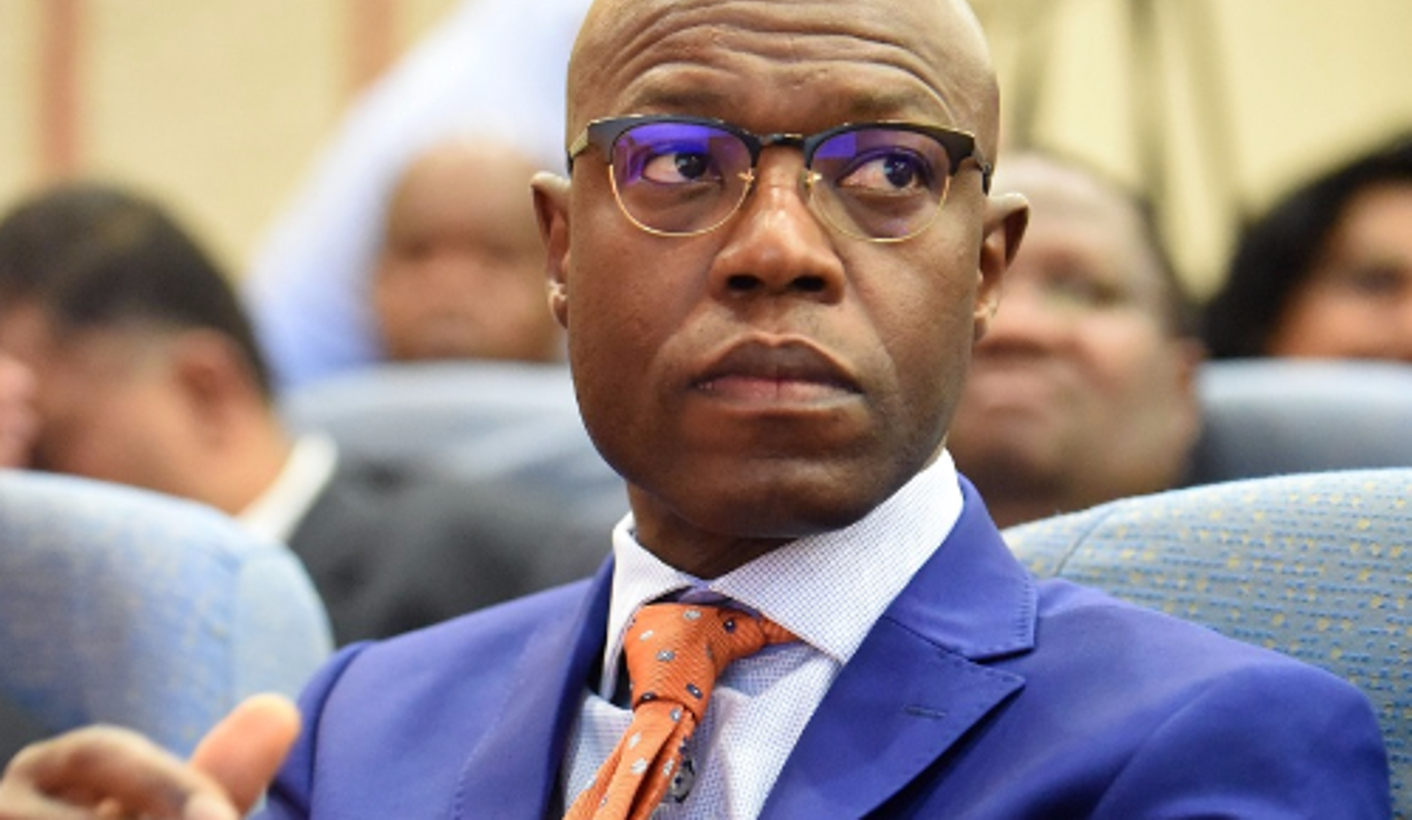 Eskom Group CEO and head of generation, Matshela Koko, who is facing a disciplinary hearing for serious misconduct, will take to the stand in his own defence this week, after the power utility closed its case against him when key witnesses failed or refused to come forward to testify. It appears a well-timed affidavit released by Koko and his legal team may have had the desired chilling effect on those due to testify. By CHRIS YELLAND.

The fifth day of the disciplinary hearing of suspended acting Eskom Group CEO and head of generation, Matshela Koko, got off to a very slow start on a wet, cold Saturday morning on 25 November 2017.

The day commenced with a continuation of the inconclusive evidence of Allison Seckle, Eskom’s manager of governance and acting manager of ethics. This was followed by the further inconclusive and somewhat forgetful testimony of Ayanda Noah, Eskom’s executive for customer services.

Noah’s testimony related to a R1.1-billion cabling contract at Kusile power station that was intended to be placed with Eskom subsidiary, Rotek. However, after some irregular shenanigans by Koko at Eskom’s Board Tender Committee, the contract with Rotek was blocked and instead eventually placed with ABB South Africa.

It did not come out in Noah’s testimony that in fact ABB South Africa subsequently subcontracted the cabling work to Impulse International, a company in which, it transpires, Koko’s stepdaughter had a significant financial interest.

The day ended on a sombre note, as evidence leader for Eskom, Adv. Cassim Moosa, closed Eskom’s case against Koko, after several Eskom witnesses against Koko failed or refused to testify.

The disciplinary hearing adjourned for the day at about 17:00 and will resume at 09:00 on Thursday 30 November 2017, when Koko will take the witness seat in his own defence. At this stage his legal counsel headed by Adv. Louwrens Malan has indicated that Koko will be the only defence witness.

Before the start of proceedings at the previous day of Koko’s disciplinary hearing on Thursday 23 November 2017, Koko and his legal team handed out an explosive affidavit to the media present that has not yet and may never be raised as evidence in the hearing.

It is worth noting that Mzilikazi wa Africa has played a leading role in uncovering malfeasance at Eskom involving the charges against Koko and other Eskom executives in the Tegeta, Impulse International, McKinsey and Trillian matters.

The allegations contained in the affidavit have since been strenuously denied and rejected as a “web of lies” by the affected parties.

It seems clear that the affidavit was given to the media by Koko and his legal team with the specific intention of ensuring dissemination of the allegations by the media present, in order to improperly influence media and public perceptions, and to intimidate a number of witnesses from testifying.

Eskom could have insisted that its employees – including those suspended – give evidence, but apparently chose not to. There is little doubt that the affidavit orchestrated by Koko and his legal team was intended to have a chilling effect on both Eskom and its witnesses about the dirt that would be revealed. And it worked.

Suspended Eskom executive Abram Masango has since indicated, in an email from his lawyers at 23:00 on 24 November 2017, that he had been willing to give evidence against Koko at the disciplinary hearing prior to his “engineered, baseless and unfounded suspension” by Eskom, and that “he takes a strong stance against corruption, nepotism, flouting good corporate governance, mismanagement, abuse of power, and disregarding the PFMA and the Constitution”.

Masango further goes on to say that “like a few other honest and law-abiding Eskom employees, he is prepared to give evidence under oath before a credible, impartial and independent disciplinary committee, parliamentary committee or court of law”.

Masango concludes by saying he “refuses to give evidence like other Eskom colleagues who did not want to be part of what appears to be a sham disciplinary hearing, and has no intention of being forced out of Eskom like other former executives”.

One can have empathy for Advocate Cassim Moosa in acting for a severely compromised Eskom. He had to pick up the pieces after the appalling performance of his predecessor, attorney Sebetja Matsaung. The services of Matsaung were summarily terminated by Eskom halfway through the proceedings for threatening Financial Mail deputy editor Sikonathi Mantshantsha physically at the disciplinary hearing.

Moosa seems genuinely disturbed that his witnesses had failed or refused to come forward to testify, despite taking every reasonable effort that would be expected of him as evidence leader for Eskom. He was justifiably concerned that his professional integrity and reputation may be compromised by negative media and public perceptions of the process under his watch.

At this stage it would appear that Eskom’s case against Koko at the disciplinary hearing may fall apart, and that Koko may be cleared of all charges and reinstated. However, whether he actually returns to Eskom as acting group CEO and/or head of generation remains to be seen.

The final outcome of Koko’s disciplinary hearing, expected by about 10 December 2017, may simply be a precursor to a massive settlement and golden handshake to Koko to see the back of him. However, if Koko does return, and a new, strong, credible board chairperson, board and executive management is not in place at Eskom soon, one may expect further trouble ahead.

This would take the form of a continued hardening of negative reactions by the financial community and lenders to any extending of bridging finance, rolling over of old loans, extending of new loans and raising of debt finance to address the liquidity challenges that Eskom is currently facing. DM