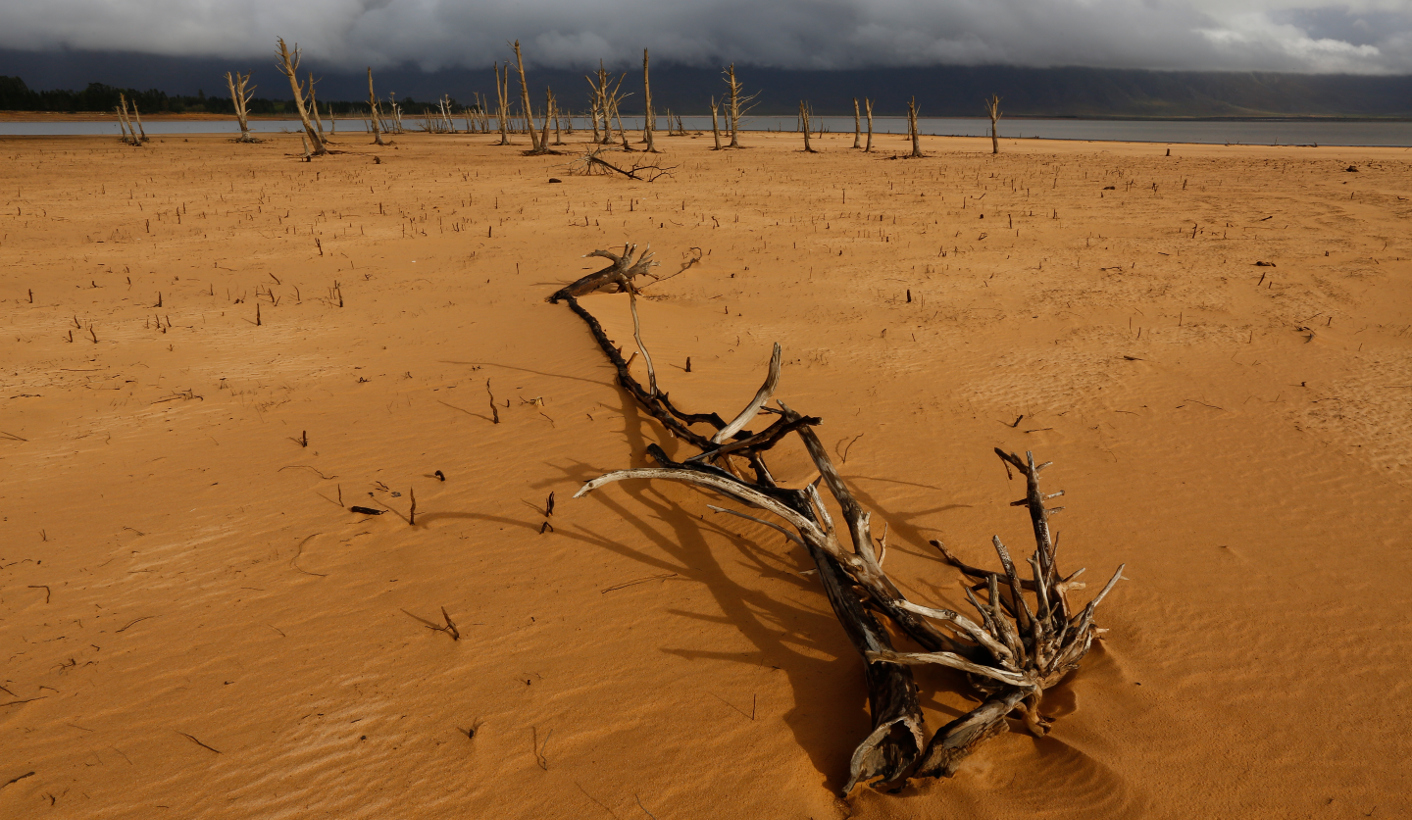 The drought slowly strangling Cape Town and the rest of the Western Cape Province has got us all in a tizz. And we are not helped by uninformed fear-mongering that dominates both the conventional and social media. By ROGER PARSONS.

Nate Silver wrote an excellent book in 2012 called The Signal and the Noise in which he explores why so many predictions fail. Being able to sift out reliable and useful data from large data sets founded on poor assumptions and uncritical reviews seems to be key. At this time, the noise around the drought is deafening – and I was particularly irked the other day by a supposed water expert writing about the logic of the Ghyben-Herzberg principle and dangers of saline intrusion into aquifers the City of Cape Town intends to develop to augment supplies from their failing surface water resources. Modern information technology allows us all to have a say, irrespective of how inaccurate or misleading our opinion may be.

An astute sign on the back of a Golden Arrow’s bus, saving water one dirty bus at a time, got me thinking. Maybe I could tackle the inaccuracies and misperceptions about groundwater – one myth at a time. Because groundwater cannot be seen and is intangible to most, it is generally poorly understood by those untrained and inexperienced in the field. Saline intrusion – or sea water intrusion or salt water intrusion – is one topic that regularly features in the media and around dinner tables, with a fear that pumping groundwater will induce sea water to flow into aquifers and contaminate them. So this seems like a good place to start my quest.

The Ghyben-Herzberg principle describes the relationship between sea water and fresh water. It is based solely on the density difference between the two waters in unconfined, homogenous aquifers under steady state conditions. Simply put, fresh water floats on top of the denser saline water. The interface between the two is about 40m below mean sea level for every 1m that the water table lies above mean sea level. This 1:40 relationship does not take into account any other hydrogeological consideration. While it might appear logical (to some) that lowering the water table by pumping – and thereby changing the position of the interface – will cause water to flow from the sea into the aquifer, in reality it is not that simple.

Illustration of the Ghyben-Herzberg principle developed in the late 19th century showing the position of the salt – fresh water interface based on the elevation of the water table above mean sea level (from Freeze & Cherry, 1979). The relationship between Zw and Zs is approximately 1:40.

During the drought of 2009/2010 I was responsible for drilling boreholes at the water’s edge of the Knysna lagoon to provide feedwater to the 2 ML/d desalination plant. This was an unusual assignment as hydrogeologists aim to avoid the ingress of sea water, but in this instance I was aiming to abstract sea water with a quality of 5,500 mS/m. On pumping I was surprised to find the quality of water abstracted from the boreholes was only half that of sea water. After 6 months of significant pumping, the quality of water was still only 70% of that sea water. What the textbooks failed to make clear was this is a three-dimensional problem, with water being contributed to the borehole by both the aquifer (100 mS/m) and the sea (5,500 mS/m). As pumping for desalination proceeded, the contribution from the two sources changed because the level of the sea remained constant while the groundwater level changed because of pumping and the properties of the aquifer.

The distance of the borehole from the sea is also of relevance. If the borehole is sufficiently far from the sea so that the radius of influence induced by pumping that borehole does not reach the sea, then there is no risk of saline intrusion. The radius of influence is controlled by the properties of the aquifer (transmissivity, storativity) and duration of pumping. The Department of Water and Sanitation requires a water use license for all groundwater abstracted within 750m of the high tide mark other than that abstracted under Schedule 1 use (essentially small domestic use and stock-watering). While the veracity of this distance can be debated, it provides a sense of the extent of the risk. The hydraulic properties of an aquifer between a borehole and the sea adds another complication in certain areas as the aquifer material where the borehole is located can be quite different from the material closer to the sea – there can be zones of preferential flow or barriers to flow, or a combination of these. But this “curve-ball” can be managed through exploration and monitoring, which are standard practices for hydrogeologists.

There are in fact very few instances of saline intrusion reported in South Africa, with most being the result of poor groundwater management. Robben Island – like islands the world over – has a thin lens of fresh water that overlies sea water at depth in accordance with the Ghyben-Herzberg principle. Groundwater can be safely and sustainably exploited if the hydrogeology, recharge and rates of abstraction are balanced. Over-pumping of poorly located boreholes on Robben Island changed the relationship between fresh and sea water. While no longer familiar with the situation on the island, back then the authorities ignored multiple scientific inputs on how to use the groundwater sustainably. Instead they saw fit to irrigate a golf course using a limited and fragile water resource.

The irksome water expert pronouncing on matters which he demonstrated to know very little really pushed my button when he assumed the city would proceed with the development of aquifers in a manner that would risk saline intrusion. While my concern that senior decision-makers have not surrounded themselves with people with appropriate knowledge and skills is on record (and here I refer particularly to matters pertaining to groundwater), I know that the hydrogeological consultants employed by the City of Cape Town to develop the Atlantis Aquifer, the Cape Flats Aquifer and the Table Mountain Group Aquifer do know a thing or two about groundwater – and are not as ignorant as assumed by the water expert. They will be relying on decades of research conducted by experienced and respected hydrogeologists as they set about doing the work appointed to do.

One of the options open to them to prevent saline intrusion is managed aquifer recharge, as has been practised for almost 40 years at Atlantis just up the road. We don’t need to leave our borders to find this expertise or examples of this practice. Dr Ricky Murray has been recognised by the International Association of Hydrogeology for his work in this field. In essence, water is added to an aquifer using specially designed ponds, trenches or boreholes to enhance the recharge to that aquifer. This allows the position of the sea water interface to be managed by artificially controlling the groundwater level. If implemented correctly, managed aquifer recharge could be an important tool in combating potential impacts resulting from groundwater abstraction and enhancing groundwater resources.

Collectively, we need to focus on the crisis at hand. There is little value in assigning blame for the situation in which we find ourselves – there will be time enough for that when the rains come. And they will come – we just don’t know when. We need to shift from stating the (obvious) problems to implementing workable solutions. Through my expertise and experience, I have opportunities to augment water supplies through the development and management of groundwater. Others will look at other possible sources of water – in particular desalination and water reuse – that form part of the Water Resilience Plan. There are scores of people developing plans under the Water Disaster Management Plan. But each of us can play a massive role in getting our total water use down to less than 87 litres per person per day. DM

Dr Roger Parsons is a hydrogeologist with more than 30 years’ experience. He is former chair of the provincial branch of the Ground Water Division. He writes this article in his private capacity